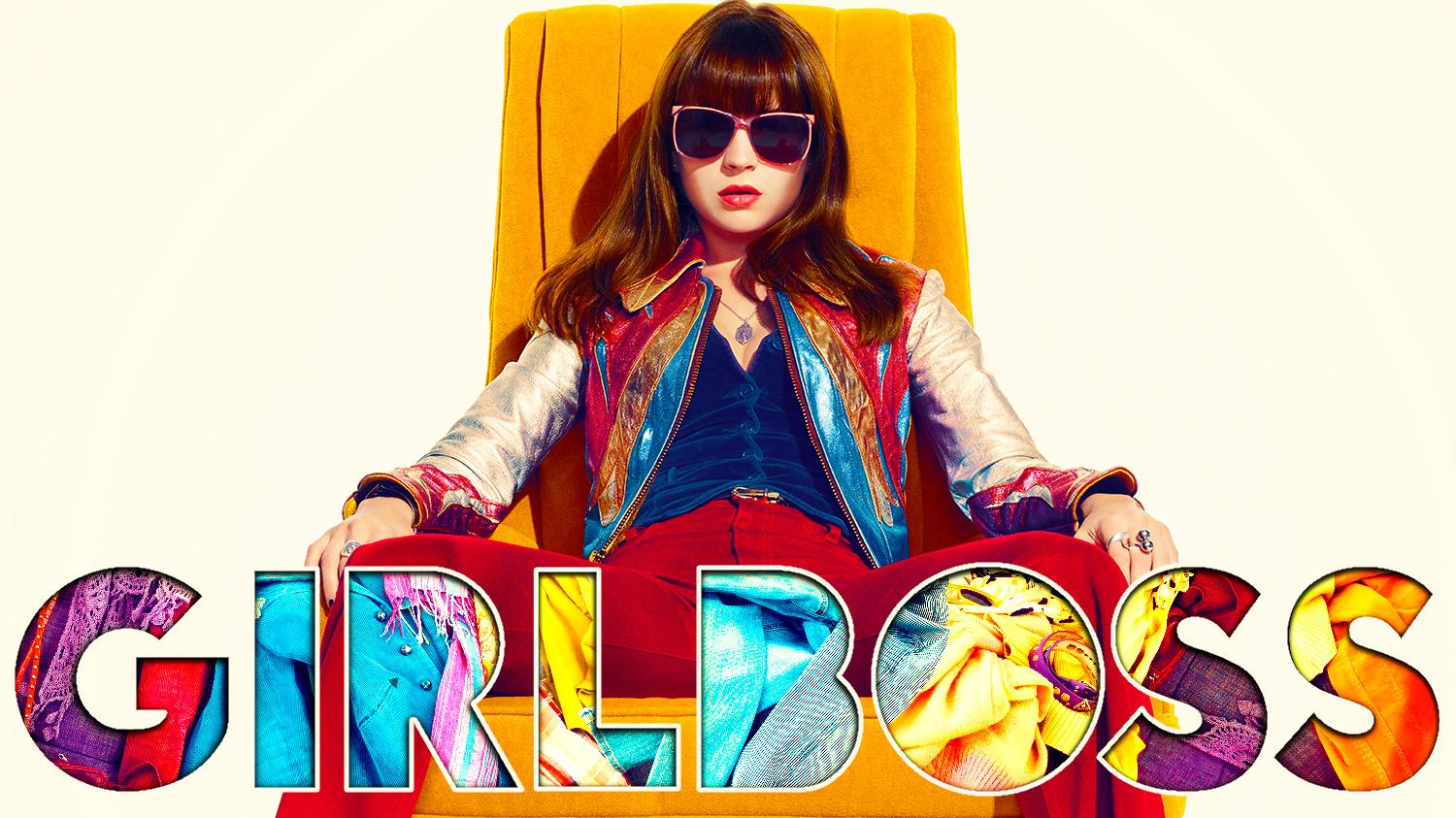 It’s exam season, aka Netflix binge season. My binge of choice last week was Girlboss, a show which based on its title, I assumed would be everything this hairy-legged, man-hating feminist could want in a show. Well – I was wrong.

But I watched all 13 episodes anyway.

Here’s the thing – I’m all for depicting strong yet flawed women, and I understand the motivation behind moving well away from the Mary Sues and Manic Pixie Dream Girls that seem to litter TV and cinema, but is it too much to ask for a three dimensional female character who isn’t the actual worst?

Girlboss follows our leading lady Sophia Marlowe, who I presume the writers were trying to position as a takes-no-shit, self-motivated, eccentric, abrasive, powerhouse that we could all root for as she works to get her one-woman business off the ground.

And I guess, in a way, she is all of these things.

Except I didn’t root for her, because she is awful.

Sophia lies, cheats and steals – she literally steals stuff all the time – and we’re supposed to consider it a cute character quirk. She throws violent tantrums when things don’t go her way. She is self-involved to the point of complete narcissism and has zero respect for her friends, who all, inevitably, forgive her for every one of her (quite substantial) sins.

This could be excused as a deliberate production choice; after all, there are plenty of shows with thoroughly unlikeable male leads. The real fault of Girlboss is that it paints this near-sociopathic character as the bastion of feminism and empowerment.

She certainly talks the talk, in one episode sanctimoniously announcing: “Girls are great. Girls, girls, girls, I can’t remember the quote.”

But it’s hard to take this sentiment seriously when her feminism is entirely self-serving.

While screaming, “Get the fuck out of my way world!” and praising herself endlessly for “making it” from nothing, Sophia steps on and demeans all the women around her. She refuses to pay her best friend for the hours of work she has put into Sophia’s business, instead insisting, “Nasty Gal is my thing”. She intentionally misgenders a trans person. She shoves a burrito into a homeless woman’s face (I am still confused as to why the writers thought this would be funny).

Sophia’s feminism is entirely for her, and so her call to arms for female solidarity comes across as shallow and tokenistic. As a feminist viewer, it left me feeling angry that a cause I believe so strongly in was being used as vapid justification for atrociously egotistical behaviour.

Sophia Marlowe syndrome is nothing new. Hannah Horvath from Girls is another prime example of a writing team conflating “flawed” with “cripplingly narcissistic”. Too caught up in their own lives and focused on their own respective missions, these characters demonstrate an infant-like inability to conceive of other people’s experiences, and often this is reflected in the writing. The shows are so loyal to their central character that supporting characters are neglected or lazily stereotyped.

Girls was widely criticised for its whitewashing of New York, apparently unaware that women of colour exist. Girlboss, set in tech-obsessed 2006 San Francisco, features a singular girl in tech who is subsequently depicted as robotic and socially inept, and who Sophia then lambasts for her plain dress sense. #sisterhood.

If Girlboss is considered a “feminist” show, we need to raise our expectations. If Sophia Marlowe is a symbol of “empowerment”, we need to rethink our view of women in business.

And beyond that, can we kill the idea that a female character must be completely unlikeable to be three-dimensional?

I don’t mean reverting to the Mary Sue days; I love a Nasty Woman™ as much as the next girl. I look at Hannah in Please Like Me, who is by no measure “nice”, but by every measure a joy to watch. There’s Rebecca in Crazy Ex-Girlfriend, who is guilty of a number of sins, but retains enough self-awareness and human decency that we are always able to find a part of her to love. Even Game of Thrones’ Sansa, who many would describe as unlikeable, undergoes a development and finds an eventual selflessness that endears her to the audience.

If the aim of Girlboss is to prove that women in business can be every bit as awful as men, it’s a roaring success.

As an expression of female solidarity, or an attempt to write nuanced and thoughtful female characters, it simply doesn’t cut it.