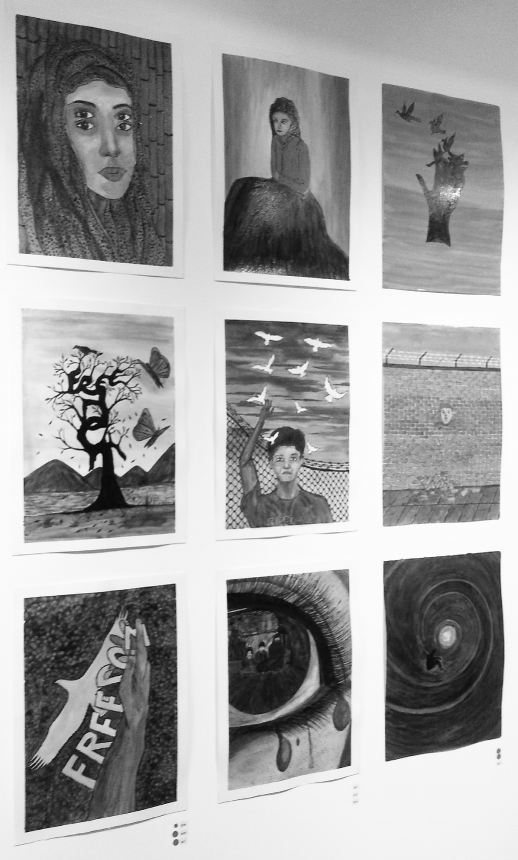 The Refugee Art Project is a locally run, not-for-profit collective that organises art classes for asylum seekers and refugees. Still Alive is an exhibition of original artworks created by participants from the Villawood Detention Centre, as well as from families and children who have been granted refugee status and are settling into the community. The show features works by asylum seekers and refugees from countries such as Afghanistan, Iran, Sri Lanka, Iraq and Burma.

It becomes almost immediately apparent upon entering that these artworks transcend the notion of technical or stylistic “greatness”. While there are a range of mediums and approaches on display, the most powerful aspect of each piece is the story it tells. The uniting thread of trauma and sadness mingled with hope (and even humour) is extremely powerful.

Perhaps the hardest hitting of all the works are those done by children. The contrast between their juvenile style and the distressing content is quite confronting. Their innocence, which provides a universal emotional touchstone, really brings home the full extent of the suffering experienced at the hands of our own government. It’s absurd and saddening that we’ve become seemingly complicit in letting this mental and physical torture occur.

It’s disheartening to think that these artworks speak so loudly, and yet will probably never be seen by those inflicting the damage. One can only hope that art provides at least a temporary refuge.