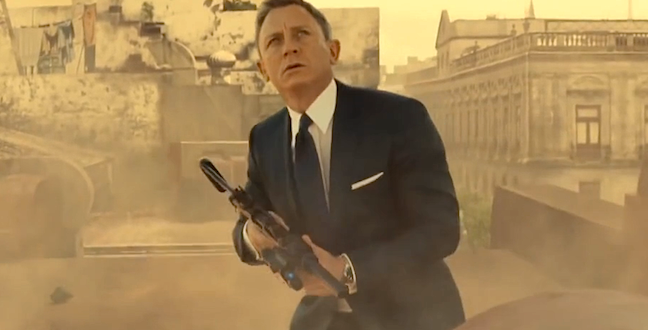 Daniel Craig’s latest adventure as the illustrious, mysterious and charming 007 was not his finest hour. If you haven’t watched it yet, it’s a two-hour action-packed movie with a lost plot, poor characterisation and misuse of the amazing Christopher Waltz, Léa Seydoux, and Andrew Scott. What seemed like an attempt at revamping the ‘Classic Bond’ era made the film as borderline dull as Quantum of Solace. Notably, one majorly lacklustre aspect of the film was its theme song.

Before I get shot for saying such slanderous words, I’d like to declare that Sam Smith is an amazing vocalist. As much as I love him and his trademark falsetto, ‘Writing’s On The Wall’ didn’t quite hit that high note for me. His rises and falls seemed forced at times, as if he were doing it for the sake of variety. Sam Smith himself admitted to writing the song in 20 minutes, and it does show a little. As potentially the final film with Daniel Craig playing the iconic character, Spectre’s theme misses the point of Bond’s legacy. As every Bond enthusiast knows, 007 is NOT a romantic, and is barely one in this film either. Fundamentally, the song just didn’t fit with the overall tone of the franchise.
It was a pleasant surprise on Boxing Day when British arthouse rockers Radiohead released a song titled Spectre. It was revealed that they were asked to write the theme, but as frontman Thom Yorke tweeted, “It didn’t work out, but became something of our own, which we love very much”.

Radiohead hasn’t released an album since 2011, so it was refreshing to hear their eerie Radio-esque sounds once again: the opening minor chords, synthesiser, piano on the side, and Yorke’s signature falsetto. The drums, bass and strings with breaks in the vocals would have perfectly accompanied the cinematic opening credit sequence.

So did Spectre go with the right song? While I love what Radiohead have made, this is a movie and, like all movies, what matters most is the audience. Even though Radiohead have been around for more than 30 years, Sam Smith remains at the height of his career. When Adele brought her breathtaking vocals to Skyfall, we were inspired to remember the kind of power a theme song could bring to a Bond film. Songs like Goldfinger by Leslie Bricusse, or Live and Let Die by Paul McCartney made the films even more memorable. With two forgettable alt-rock songs used before Adele, going with a more ballad-like tune over a rock tune was a no-brainer. Besides, Sam Smith appeals to a wider audience while Radiohead might creep the general listener out with their eerie tunes before the movie even starts.

I think it’s obvious that I personally prefer Radiohead’s Spectre theme song to Sam Smith’s Writing’s On The Wall. However, it would have been a commercial misstep to neglect Smith’s star power. Sorry Thom Yorke, I tried my best.

Link to Sam Smith’s ‘Writing’s on the Wall’: https://www.youtube.com/watch?v=8jzDnsjYv9A