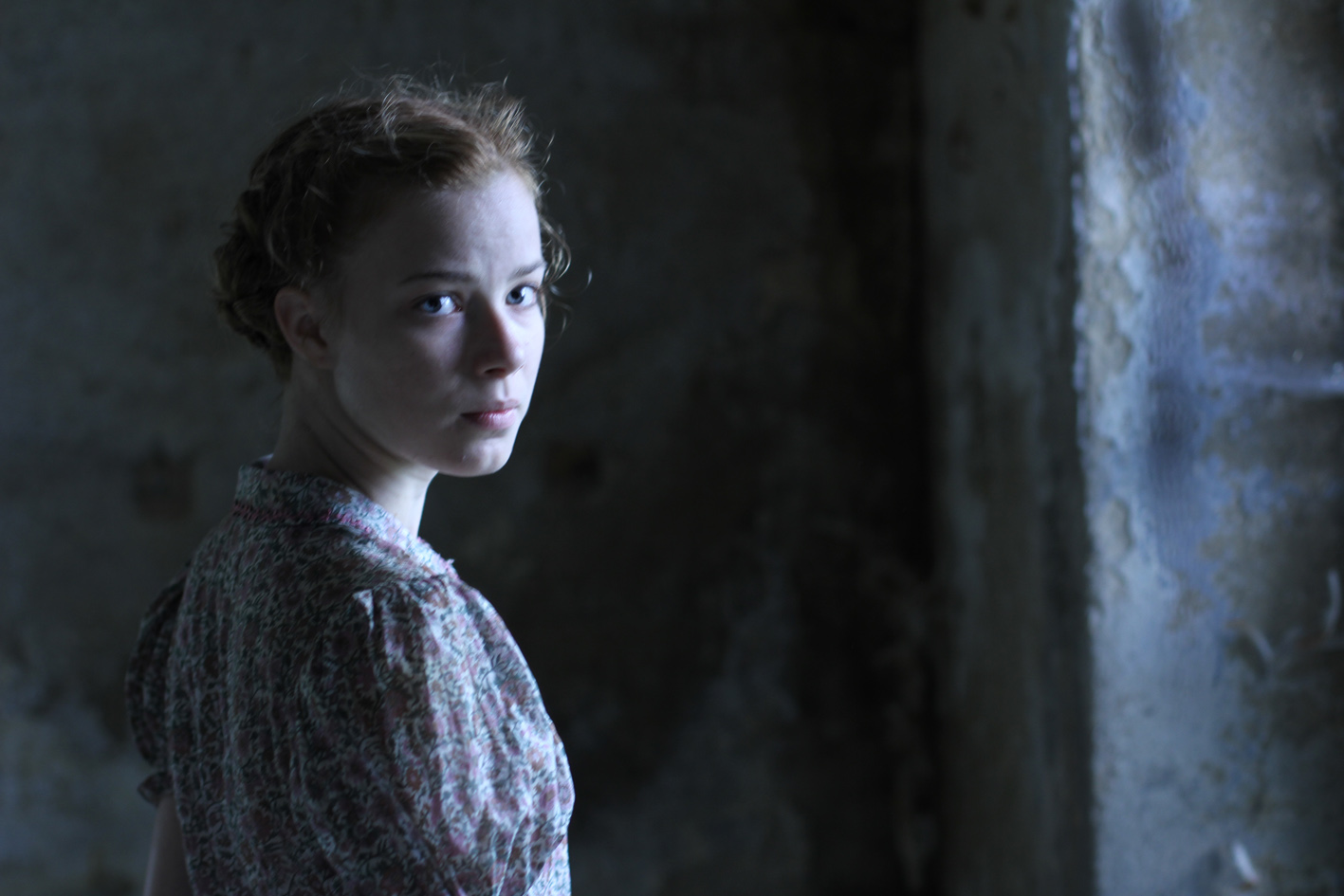 Every now and then you experience something that is so unsettling and disturbingly sad that you just know it can’t end well. Although you still retain that small glimmer of hope, deep down in your heart of hearts that little voice tells you that there is absolutely no chance of a happy ending.

Welcome to Lore, a film which encapsulates all these feelings and more, conveniently gathered in one bundle for your viewing pleasure.

Set in 1945 in the immediate aftermath of Adolf Hitler’s death, Lore follows the title character and her much younger siblings as they journey across war-torn Germany in an attempt to reach the house of their beloved Omi (grandmother). With their Nazi parents willingly off to prison to atone for their crimes, the children are left to fend for their own survival, aided by the mysterious Thomas (Kai Malina), a young Jewish refugee.

Written and directed by Cate Shortland, Lore was filmed as a German-Australian co-production, with much of the post-production work also completed in Scotland. With this in mind, the film is a unique hybrid, constructed equal parts in both Australian and European styles of filmmaking, although with a German cast speaking their native tongue, it is easy to forget the roots of the director. For me, this made it all the more impressive, especially when considering this is only Shortland’s second feature film, following 2004’s critically acclaimed Somersault. Based on the novel “The Dark Room” by Rachel Seiffert, Lore is, to me, an astounding feat in modern cinema. It is no easy task to make an audience sympathetic to a character whose personality and ideologies stem from arguably the most infamous and abhorrent political party within the history books, yet this is what Shortland achieves through the character of Lore.

Against the picturesque backdrop of the German countryside, we watch the young girl’s life unravel all around her, the journey forcing her to question her beliefs, and come to realise that her parents, especially her father, a high ranking SS Officer with the Nazis, aren’t the heroes she once thought they were.

Adolf Hitler was once quoted as saying that, “the weak must be chiselled away. I want young men and women who can suffer pain”, a statement that young actor Saskia Rosendahl clearly took into account within her portrayal of Lore. All sad eyes and vacant frowns, she plays the character as a tough and impassive figure, though at the same time conveying a conflicted and cracking at the edges emotional core as she slowly comes to realise that perhaps everything her parents and beloved fuehrer taught her is in fact a lie.

In developing the character of Lore, Shortland has stated, “I was drawn to understand her fight with her own humanity and sense of belonging. The outside world is oblivious to Lore and her siblings’ plight and Lore becomes more and more detached from society. But within her own detachment is a growing certainty – she is lost and adrift but she knows something of the awful truth. She has been taught never to question but to obey. By the end of the story she is full of questions that she knows will never be answered”.

Both physical and emotional pain rear their ugly heads at each and every turn of Lore, the children encountering a cast of characters who are each dealing with the defeat of the Nazi Party in their own way.

Ranging from the Christian characters who aid the family due only to infant brother Peter, or the old woman whose relation sits lifeless in the farmhouse barn, Shortland presents snippets of a country whose very livelihood has been shattered, their every waking moment now dictated by the occupying forces who provide little sympathy or provisions for the Germans to get their lives back together.

At the heart of this human interaction is the relationship between Lore and Thomas, with the latter’s parasitic nature in their initial encounters transforming into a total reliance on him throughout the duration of the film. Whilst the younger family members warm to Thomas almost immediately, surrogate matriarch Lore is torn between allegiance to her parents and to her siblings.

Should she hold dear to her heart the Nazi ideologies of her Mutti and Vati, or trust this young Jewish boy, a symbol of all her parents hate, in order to ensure the survival of her sister and brothers? I won’t go too much into detail on how this relationship develops, but lets just say it is one of the strangest, and more awkward, sexual encounters that I have seen in cinema.

For me personally, it is the cinematography which makes Lore better than your average cinema fare, which as stated by critic Sarah Ward, is “paramount in conveying the impact of the physical and psychological combat” of the film. I would say that at least 90% of the film is set outdoors, and the filmmakers consciously set out to contrast the beauty of the German landscape with the tumultuous situation of the individuals who inhabit this world. Shots of luscious meadows and fields of flowers lingering in the breeze are often interspersed with images of stark violence which immediately precede them, and in doing this the filmmakers convey that there is a hope of repair for this fractured nation yet, even though their beloved fuehrer has failed them.

I found Lore to be one of the most fascinating films I have seen in recent memory, one which depicts, and sympathises with, a situation rarely presented in cinema, particularly within Western society. I left the screening with perhaps as many questions as the title character herself had, and I am especially intrigued by how the film would be construed by a German audience compared to my own personal reading of it. If there is one foreign language film you see this year, I urge you to make this it, if only for the fact that it will make your own life seem pretty good in comparison.

Lore, a film directed by Cate Shortland, starring Saskia Rosendahl, is out on limited released September 20.