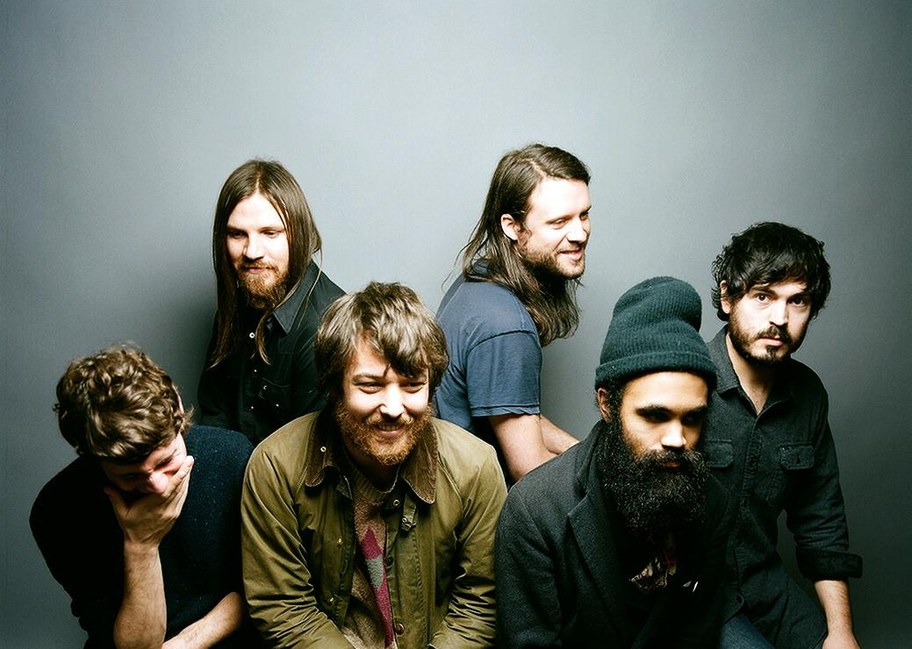 Don’t let the masses of 30-somethings politely head-bobbing throw you off – Fleet Foxes delivers a rousing set. It’s also one well suited to the Opera House, as the band have some tremendous songs that you can’t really dance to, but require the space and majesty the venue affords.

There’s so much to listen to and much to love, even though they’ve darted from their expected path with Crack-Up, the new album. Their distinctive brand of folk rock usually expressed earnest passion, or told pastoral epics, in an immediately engaging way. (They’d then throw in the occasionally bewildering atonal shift, but it was always wrapped in something utterly listenable.)

A good chunk of the set list is made up of new songs that require time to understand and fully appreciate. While the first two albums were affable and melodic, songs from the forthcoming Crack-Up are less accessible, aided by elliptical names such as “Naiads, Cassius –”, and “Mearcstapa”, seemingly referencing ancient times. That’s not to say there aren’t powerful moments in the new material, but the listening experience feels something like sifting through an archaeological ruin, only occasionally turning up something recognisably human. Much else remains fractured and indecipherable.

What’s comfortingly the same is Pecknold’s voice, soaring and beguiling at once. There’s his plaintive cry in “If You Need To, Keep Time On Me” (one of the few instantly pleasant tracks off the latest album), and the roaring top-of-the-mountain call of “Your Protector”. Pecknold’s face strains and deforms while hitting every high note with a godly purity.

It’s a source of constant marvel throughout the roughly two hour set they play, which consists of the band playing runs of three to four songs knitted together. There’s little patter between these blocks, and each is tied together somewhat tonally (such as one with the album’s three openers to begin the set, and a solo section). Some songs only have slight changes from their album counterparts, yet these turn out to be extremely effective, like an acapella coda seeing out “Mykonos” in the best way possible.

The re-worked tracks on stage work best when combining the natural charisma of Pecknold’s vocals with expansive harmonies and dynamic instrumentation – that is, playing with the intimate and the momentous, and letting them inform one another. Relegated to one mode or the other, the band tends to lose us when they go all “wall of sound”, faring better when they play something charmingly low-key like “White Winter Hymnal”, all the bit as amicable as catching up with an old friend.

Anyhow, apart from the thundering and triumphant “Third of May / Ōdaigahara”, the clear highlight is their rendition of “Blue Ridge Mountains” with its seismic double bass line, and keyboardist who is just so terrifically, head-banging-ly into it (playing the thrilling signature piano riff). It’s an example of a song that doesn’t lean too much into one texture; its cathartic energy is set up by a more stripped back introduction. It’s also one of the few items that fully uses the back-screen of the stage, a video of chaotic lightning providing a pointed aesthetic counterpoint to the song’s terrestrial details, propelling the already intense experience into the sublime.

It’s a dizzying high amongst familiar tunes and some unusual ones, and while the changes in tone may not have created as cohesive of a live experience as I would’ve liked, it’s nevertheless engaging throughout.

Previous In Conversation with Suzanne Millar, Director of Jatinga
Next A Review: Women Deserve Better Than ‘Girlboss’