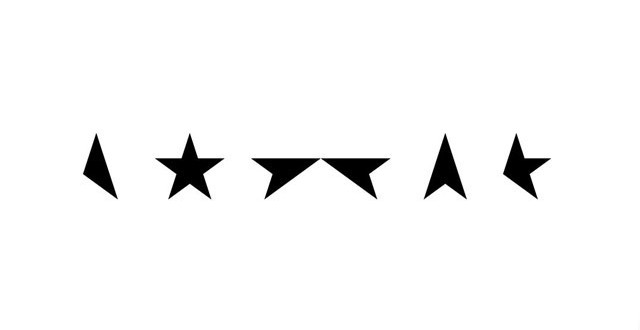 The Man who Sold The World, The Thin White Duke and Ziggy Stardust were some of the gifts that this artistic genius has given us. However, the greatest gift he gave us was his parting one – himself.

In the advent of Bowie’s last few efforts, he offered us an honest and touching side, sometimes hidden under the countless masks of his enigmatic musical persona. This vulnerability is felt in his album, Blackstar.

It’s obvious that this album was intended as Bowie’s swan song. Its heavy themes, centering on death and despair, are communicated within songs such as “Lazarus” and the emotionally intense, “Blackstar”. Bowie collaborated with Brian Eno on this album, and created something so gripping and iconic that it introduced a new generation to a pop cultural legend. His songs go back to his roots and original charm, but are also refreshing to listen to. This is especially felt in the track, “Dollar Days”, as it uses instrumentation that is familiar but lyrics that are more frank.

One of the standout tracks in this album is “Sue (Or in a Season of Crime)”. It’s upbeat and undeniably cool, standing out from the rest. The unique sound effects and catchy riff, as well as the dissonance and unusual rhythms capture the image of a musician who is completely unafraid to venture into the unknown. My favourite song, however, is “Lazarus”. It’s an alluring track that describes a man in retrospect and inner reflective thoughts.  Through the lyrics, “This way or no way, you know I’ll be free, just like the bluebird, now ain’t that just like me…”, we notice the helplessness our beloved hero endured in his moments of weakness.

Bowie’s Blackstar is sophisticated and one that leaves a long-lasting impression on the listener. It gives us an insight into the “Thin White Duke” thoughts and feelings in his final hours. It’s an album for the generation and should not be missed.