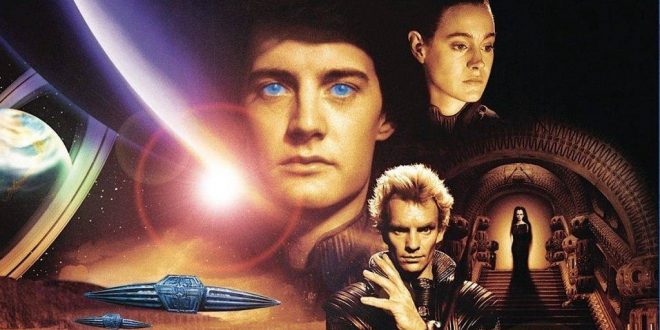 Reflections on the Inhuman Eyes and Hearts of the Dune Saga

Frank Herbert’s 6-book Dune saga is an outstanding work. It follows the tradition of good Sci-Fi in going beyond character drama to expand our views. It draws the greater part of this  value from its world. The books of the Dune Saga concern themselves with the grander scale; the heart of the Saga lies in ecology, society, religion, politics, and philosophy. Consequently it has much in common with pieces of non-fiction such as Future Eaters and Guns, Germs and Steel.

The worldbuilding of the Dune Saga has a number of marked differences from that of its peers. A good point of comparison is Tolkien’s Middle Earth, to which it is often compared. However, Tolkien’s worldbuilding is more mythological and historical. In contrast, Dune is more characteristically anthropological. While Tolkien has the evolution of fictional constructed languages, Herbert deals with the shaping of human nature. The forces which shape human nature have unusual prominence in the Dune Saga. A prime example is the depiction of the Fremen. Proud, dangerous, and driven by the tremendous value of water, seen in their awe at human tears, they are products of their environment.

What I think is the greatest virtue of the Dune saga is that these forces are not historical furnishings; relegated to the backstory, leaving the reader with a more typical plot and cast of characters. These forces which have shaped Dune’s world are still living and actively play out in the stories! They are manipulated, and ruminated upon at length. This ongoing progression of the narrative’s world is seldom rivaled, but one book which rivals it is Ray Bradbury’s The Martian Chronicles. However even there the forces were largely unseen by the characters. This facet comes to the fore in the books following the first book, Dune, and reaches its pinnacle in the fourth, God Emperor of Dune.

A key feature of the Dune Saga is the prevalence of detail and minutia. Herbert’s books are fecund with thought. One expression of this is the information-dense, processed thoughts of characters on their events and surroundings. To provide an example from Dune:

“They look at those trees and they think: ‘There are one hundred of us.’ That’s what they think.”
She turned a puzzled frown on him. “Why?”
“Those are date palms,” he said. “One date palm requires forty litres of water a day. A man requires but eight litres. A palm, then, equals five men. There are twenty palms out there—one hundred men.”

The mentality of the “they” is a small manifestation of the planet Dune’s water scarcity; the scene could have been left out with little consequence. However the accumulation of these minutiae builds up a sense of verisimilitude of and shows characters awareness of the world. Every chapter of the Dune Saga begins with an extract from an in world text. These extracts are not immediately relevant to the events of the story but serve to expand our awareness of the world and encourage us to think. Below is one such extract:

Technology in common with many other activities; tends towards avoidance of risk by investors. Uncertainty is ruled out if possible. Capital investment follows this rule, since people generally prefer the predictable. Few recognize how destructive this can be, how it imposes severe limits on variability and thus makes whole populations fatally vulnerable to the shocking ways our universe can throw the dice. In this way, Herbert fills the books with detailed minutia, putting flesh on the bones of the world. The mindful flesh is so solid that we grow heady on thought.

As the Dune Chronicles progresses, the narratives become less traditionally personal. The linchpins of the first novel – Dune’s environment and an Atreides as the protagonist – are removed piecemeal. This increasing specialisation of the Dune Saga into its niches has produced what is in my view an unfortunate gap in popular esteem between Dune and the books which follow. In Dune the conflict is more traditional. The enemy is the vile Harkonnens; the end goals are revenge against the Harkonnens who killed Paul’s father, seizing the throne, and deposing the old ruler. The shaping forces are present but they are static facts, and history is deployed in service to traditional purposes in storytelling.

Arrakis’ environment and its constant scarcity of water is the cornerstone of Dune and all its minutia and details are bound up in it. In the books that follow, things become even more complex; forces political, religious, and social grow in importance; people and their environment change between and within each book. The shaping forces which govern the events of the Dune Saga diversify. In Dune Messiah, we see the effects of the terraforming of Dune into a non-desert world. The Fremen leave the desert for the cities and to embark on jihad. This produces tensions ranging from the corrosion of Fremen culture, which is built upon the desert’s harshness, to the terrible threat of the declining production of the spice melange, the most important resource in the universe. Those forces that shape the world of the story are increasingly the focus of the novels, rather than the personal affairs of characters. Consequently the story takes on an inhuman bent.

Although the Dune Saga’s un-human nature isn’t readily loveable, I must praise it. There are few enough pieces of fiction which explore the impersonal bigger picture. A picture which so often, distracts and at times conflicts with the humanity we find so appealing. Such conflict is common in the Saga. God of Emperor of Dune provides an example of someone immersed in concerns of such inhuman proportions. To quote from when Leto II administers a likely fatal test:

“Nobody has ever had as many yesterdays as I have had, he reminded himself. From the popular human viewpoint, he knew that the things he did here could only appear cruel and callous.” It is followed, “But the closer he came to being a sandworm, the harder he found it to make decisions which others would call inhuman”

We need more stories dealing with the bigger picture in all its un-humanity, to fuel rival constructions to that pinhole-eyed edifice, that universal lens of the social so small and pedestrian in scope. Stories to give us grander views and exercise rarely used avenues of thought. Indeed I think such a role must be taken up by stories if it is to be taken up at all. For it is by that clinging human power of stories that things might not be notes packed away in the archives of our minds, but living things ready to join in the nature of our thoughts.

The Dune saga has an unusual, somewhat inhuman heart. However, the series is well-worth reading both because of its general quality, and the rareness of stories which possess a foreign nature, which at least temporarily calls us to distort ourselves, and render our thoughts alien.