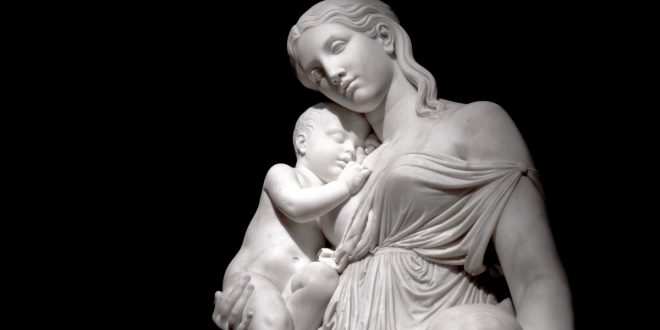 We are taught that logic and rationalism are essential to decision-making in our day-to-day lives; that we ought to not be ‘clouded by emotions’ when strategising, planning and making important choices. This favouring of abstraction and rationalism over relational considerations towards others is directly tied to structures of masculinity and femininity.

While the former qualities are closely associated with the masculine and are widely celebrated, the latter are closely aligned with the feminine and devalued in a patriarchal society. The result is that women are relegated to doing the bulk of care-based work in society — work that is chronically underappreciated. These rigid gender norms and the collective preoccupation with rationalism works to the detriment of all in society and warrants a reconsideration of how we conceptualise the value of care-based frameworks.

Western societies tend to place individuals at the centre of any frame of analysis by emphasising individualism over collectivism. We are entitled to individual human rights, we strive for individual career advancement in order to achieve self-actualisation, we pursue individual self-interest – and the process of achieving these goals requires the application of reason and logic in our everyday inner calculus. We claim to make better decisions when we are ‘impartial’, and can extrapolate rules and standards that are considered to be universally applicable. Indeed, this is reflected in public institutions and the legal system, with standards such as that of the ‘reasonable person’ often being used to adjudge the actions of individuals.

While these systemic laws and values claim universality, they are in fact closely aligned to Western ideals of masculinity. In a 1982 study, ethicist Carol Gilligan studied the gendered process of moral development in children, finding that boys are taught to engage in rational deduction and abstraction as the end point of their moral development. These processes are therefore considered to be particularly ‘masculine’, but are transposed onto public institutions as supposedly neutral values. Gilligan highlights that teaching men to live by these principles can be detrimental to both the individual man and those around him; the emphasis on rationality often causing a dissociation from others’ feelings and concerns that can be isolating, psychologically scarring, and increase the likelihood of violent behaviour.

The emphasis placed on both individuality and rationalism in the Western world means that our relationships with others are often of low priority within our individual frameworks. This makes little sense; we are not born as fully-formed individuals capable of making rational decisions in social isolation; we depend entirely upon our parents to nurture us at birth and guide our development. Our identities and decisions are constantly influenced by those around us, and we experience a huge range of emotions in every facet of our lives as an essential part of the human experience.

To isolate individuals from the web of relationships in which we are situated is to ignore what fundamentally social beings we are, whose abilities to survive and thrive in the world depend in large part on the quality of our relationships with others. Individual and ‘rational’ frameworks of being consign relational and emotional considerations to the private feminine sphere, paving the way for men to exert power over women in the public domain. In direct contrast to boys who learn to employ abstraction and reason to guide their behaviour, Gilligan notes, girls are instead socialised to incorporate more relational considerations in their decision-making frameworks. However, these considerations are not then embedded into the dominant structures of society.

The tethering of relational frameworks to conceptions of femininity manifests itself as a societal structure in which women do the majority of care-based work in roles that are both unpaid and chronically undervalued. Women also make up the bulk of the paid workforce in care-based roles such as nursing, aged care, and primary school education. Approximately 90% of Australian nurses are female, and there are pervasive reports to indicate that nurses are highly likely to feel under appreciated, underpaid and overworked.

Furthermore, women do the bulk of unpaid care-based worked in society and the value of this work is not at all reflected in economic figures. Unpaid care work includes caring for children, nursing sick family members, completing essential chores such as household shopping, all for the benefit of communal life. It also includes emotional labour spent making relationships work and keeping families emotionally healthy and happy.

A study by the Victorian government last year estimated that women did the vast majority of the state’s unpaid work, and estimated that work to be worth $205 billion. These care-based activities essentially function as the glue that holds society together, yet are treated as activities that are naturally and easily undertaken by women as a reflection of what are societally understood to be feminine ideals. By contrast, women who wish to succeed in the male-dominated public sphere have often reported feeling the pressure to conform to rationalist masculine standards and to ‘control’ their emotions.

All humans are socially constituted and require connections with others to thrive, meaning that relational modes of being are evidently not biologically confined to the female sex. As highlighted above, the feminisation of these care-based orientations is not only a misrepresentation of the human experience, but works actively to disadvantage women and to further entrench existing gendered power structures. Given how important relational insights are to the fabric of society and for the achievement of individual contentment, these conceptions of care cannot be discarded, lest we create a callous society of egotistical individualists.

Instead, we need to re-conceptualise care. No longer should we strive to promote reason and logic, to the detriment of relationships in every situation, nor should we consider care to fall within the sole domain of women. Relational modes of being are worthy of equal regard as rationalistic modes, and both of these orientations can be reclaimed together by both men and women. Men and women alike have much to gain from maintaining relationships with others and being able to healthily process emotions, though moving forward men may need to draw on the relational insights offered through the lived experiences of women that have previously undertaken most care-based work.

By incorporating this framework, both the benefits and the burdens of care-based work can be shared more evenly. The ability to draw on these different modes of being and consider different approaches to resolving issues may also allow individuals to become better-integrated overall. Apart from benefiting individuals, the world has much to gain by taking care-based insights more seriously.

Imagine a world in which everyone embraced care across all spheres of society. In public policy-making these considerations could manifest in social welfare policies that do more to protect the most vulnerable and disadvantaged in society, such as the homeless or refugees. In the workplace, these considerations might manifest in greater diversity at all levels of leadership, due to a greater sense of tolerance and empathic solidarity towards one another regardless of race, gender or class. In law, these considerations could manifest in the imposition of positive obligations on individuals to rescue others. Ultimately, we must realise that it is not the job of women to care for all in society; when we all care, we all benefit.

Crystal is not a ‘chill girl’ – she cares deeply about things, including issues of intersectional feminism, environmental politics, and racial identity. She finds writing to be a highly therapeutic process, helping to process her thoughts and make sense of the world. She also derives great pleasure from putting together a good cheese platter, and curling up with a dystopian fiction book.

Robyn Martin, “A Feminist View of the Reasonable Man: An Alternative Approach to Liability in Negligence for Personal Injuries”, Anglo-American Law Review 23, no. 2 (1994): 335.

Minister for Women, “Women Doing More than Half the Work for Free”, Premier for Victoria, October 13, 2018, https://www.premier.vic.gov.au/women-doing-more-than-half-the-work-for-free/.

Share
Previous Window Stills
Next The Recent History of Pink