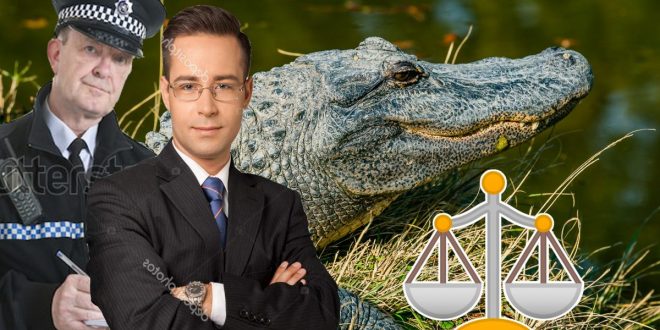 Ranking the greatest Foundation Day pranks by how many laws they broke.

As a testament to the distinguished reputation that UNSW has cultivated since its establishment 70 years ago, successive cohorts of university students have broken no less than twenty laws in their attempts to pull off some of Sydney’s most memorable pranks. Kidnapping. Arson. Theft. From the staging of public disturbances to provoking a police response, UNSW students set a high standard in making nuisances of themselves.

In 1987, an opportunistic university club spilled coloured water and dry ice down the tunnel of Town Hall station, as assembled students posed as commuters gasping for breath and collapsing from the fumes of a ‘chemical spill.’

Panicked pedestrians were sold copies of Tharunka and told it would help explain the feigned attack. This ingenious prank would have earned a slap on the wrist for conveying false information regarding danger in a public area.

Although the exhibition of gambling advertisements on the side of the Opera House is scandalously legal, climbing on public structures and buildings is not. This law was broken rather spectacularly when students scaled the Sydney Harbour Bridge in 1978 and hung a ‘for sale’ sign from it. If caught, students probably would have faced a penalty of three months in prison.

In 1981, students pulled off an astonishing human heist when they kidnapped the former UNSW Chancellor Gordon Samuels from outside his home and forced him to drive to the Supreme Court Building. From there, they racked up another crime in demanding the University Council pay a ransom for his release, which they diligently acquiesced to.

Perhaps one of the most jaw-dropping pranks ever pulled off by students also required them to break multiple laws relating to robbery and animal welfare. In 1964, four students kidnapped a 1.75m alligator from Taronga Park Zoo. Eighty biology students screened off the reptile enclosure so that staff would not see the kidnappers scale the fence, after which they tied the alligator’s mouth and escaped with it stuffed in a cricket bag. The kidnappers then demanded a ransom of one hundred pounds from the zoo staff, who initially did not believe the reptile had even been stolen. The alligator was kept in a flooded university field until it was picked up and paid for.

Although it was pulled off a year prior to Foundation Day, Sydney students broke a staggering five laws when they unknowingly incited a violent brawl as a result of cunning prank. The story goes that students told nearby construction workers that some other students disguised as police officers would try to stop them from completing road work. At the same time, they called the local police station to complain that students dressed as construction workers were vandalising and obstructing the road. When both parties arrived, several people were detained as a result of the misunderstanding.

Finally, a record-breaking six laws were broken in the inaugural year of Foundation Day, 1961, when students commandeered a Mosman ferry while masquerading as pirates,  contravening multiple maritime laws. They also installed a three-storey long banner from the Sydney Morning Herald building advertising the ‘Sydney Moaning Tharunka edition’, breaking another law for offensive conduct. The headline for the brilliant edition was the collapse of the Harbour Bridge. But the prize for most illegal, most insane prank that year goes to students who kidnapped TV host Brian Henderson while he was performing live for the music show Bandstand. They also demanded a ransom of 100 pounds, which was quickly paid by a Sydney paper in return for an interview with one of the perpetrators of the prank.

In anticipation of Foundation Day 2019, a group of audacious students banded together to carry the cars of UNSW management and leave them on top of the Roundhouse. They also kidnapped five Fortune 500 members and left them stranded in the vehicles, demanding a ransom of $51,957, which was paid by the Coalition government for their immediate return. When asked about it, the students said they decided on the prank as a measured response to the hoax UNSW had pulled off earlier by establishing the trimester system.

Nadia is a second year student and writer studying Journalism/International Studies at UNSW. She is passionate about social justice, politics and challenging the status quo. She plans to travel to Spain in 2020 and continue her writing abroad.