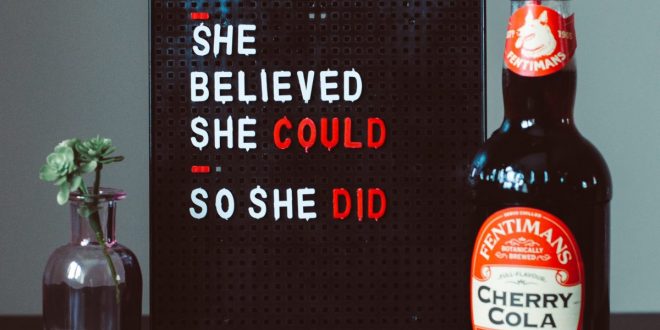 Rage Continued: A Review of Rebecca Traister’s, ‘Good and Mad, The Revolutionary Power of Women’s Anger’, by Georgia Rose Phillips

Rage Continued: A Review of Rebecca Traister’s,
‘Good and Mad, The Revolutionary
Power of Women’s Anger’
by
Georgia Rose Phillips

Anger, when observed in isolation, is often stigmatised or seen as an unpleasant or destructive force — especially when it comes from a woman. It is something many women have traditionally shied away from, and others have gone to great lengths to placate or console. However, as polemicist and writer-at-large for New York Magazine, The Cut, Rebecca Traister purports in her new book, Good and Mad, women’s anger is more than just a negative feeling, or Freud’s forgotten defence, but rather a unifying potential that is conducive to social progress and change when strategically harnessed.

Historically speaking, rage is a somewhat polarising subject in the context of feminist criticism. Nonetheless, 2018 saw a spike in discourse on the topic, with Traister and fellow feminist cultural critics Soraya Chemlay (Rage Becomes Her) and Brittany Cooper (Eloquent Rage) also contributing work to the veritable rage cannon. However, Traister proposes that in the second decade of the 21st century, we have witnessed the most vivid displays of women’s fury yet.

In Traister’s compendium of women’s anger —which she penned in an impressively brief four months — she deconstructs the inequities in how women’s fury is socially, culturally and politically interpreted, and ultimately delegitimatised. The product of Traister’s unusually fortuitous writing stretch is a testament to women’s rage which she asserts is necessary, valid and “instrumental to the nation’s growth and progress” despite the fact that she believes it has “never been celebrated, or rarely even been noted in mainstream culture”.

These are the tensions that drive Traister’s rage-centric, Good and Mad. As we read, we can feel Traister navigating the strain of wanting to express and represent women’s anger and argue for its prevalence and legitimacy; however, she does so whilst simultaneously entertaining the competing thesis that, “women have been so well conditioned to tamp down the rage, to disguise it or compartmentalise it, that the revelation that it’s bubbling underneath feels surprising and discombobulating — even worrying — to others”.

As she guides us through a series of past and present social wounds inflicted on the feminist psyche, from Medusa to #metoo, Traister reminds us that gone are the days of ‘the brank’ and other vile medieval torture devices which were once inflicted on dissenting women. She paints us a seemingly bleak yet visceral image of the post-Trump election period, animated by all the fervour and resentment of unabashedly furious women.

She does this by collating and analysing a series of cultural snapshots which are presented in a non-chronological fashion, causing her book to read like a series of long columns. These episodic moments consist of recurring images of the catalytic number of women flocking towards Women’s Marches globally, carrying effigies of Trump’s testicles and signs depicting him as a “pile of excrement”. Traister then proceeds to analyse the unfolding of the Supreme Court nomination of Brett Kavanaugh, while at the same time invoking the Anita Hill controversy. She then skips to women’s wrath at Harvey Weinstein which Woody Allen first dismissed as a ‘witch hunt’ — a term later adopted by Liam Neeson, Michael Haneke and Missouri Governor, Eric Greitens.

In her chapter titled, ‘Feminist Cool’, Traister cites Chimamanda Ngozi’s TED Talk, ‘We Should All Be Feminists’ as she suggests that “in the years leading up to 2016, feminism was becoming a bit trendy”. The misnomer, ‘humanist’, which was often employed by openly left-aligned public figures in the early ‘90s to avoid the politicised implications ‘feminist’ had with threatening male dominance, has been shed. And now, women are mad — more than mad, she tells us. They are livid. And their anger, she posits, can be transformative.

While we might catch ourselves thinking this is a book about women’s emotional faculties, Traister assures us that, “this is not an emotional exploration of women’s anger”, but more specifically about “the nexus of women’s anger and American politics”. She unpacks this thread of her argument by examining Hilary’s second campaign for the US presidency, which she pursued despite there not having been a single woman president in 226 years of American history.

During her campaign, Congress was only 19 percent female, and as Traister reminds us, “Trump’s scorn for women was on prominent display from the start”, with his ‘Make America Great Again’ campaign resembling what she poignantly depicts as a, “retro version of white masculinity, and all of the misogynistic subjugation and objectification it comprised”. She brilliantly asserts that this is somewhat ‘anachronistic’, given that we live in an era which is constantly slated as ‘post-feminist’.

Perhaps the most compelling aspect of Traister’s writing is that she does not succumb to the temptation to make her delivery palatable to the more placidly-inclined. Her explosive beginning eventuates with Flo Kennedy, and her bobbling peace earrings, yelling, “Get your f*cking hands off me, goddamit!”, at the Democratic National Convention in Miami in 1972.

Nevertheless, Traister explores how sometimes women’s fury is counterintuitive — particularly when directed towards other women within the movement. She confronts the combative idea that the “popular imagination” of feminism, “since its inception, has been on the verge of collapse, thanks to the intensity of its very real internal conflicts”, which she mentions are due to the divisions between, “race, class, sexuality and generational difference, not to mention the flare-ups of personal jealousies and combative power plays”. She explains that these internecine resentments within the movement diminish the power of women’s resistance as a whole by aggravating the underlying inequities, splitting the majority against itself by offering benefits and protections of power to some, whilst denying it to others.

Traister goes on to suggest that the #metoo movement — a hashtag pioneered by feminist activist, Tarana Burke, designed to expose the omnipresence of sexual violence —was “feral in its intensity”. Whilst certain of the movements urgency, power and necessity, Traister is cognisant of how awful the reckoning was — describing it as the “chilling stuff of nightmares”. Despite the rift #metoo caused along “generational lines” — between the more radical younger women and  “sanguine older generation” — Traister purports it essentially achieved its aims, revealing to men that the prevalence of sexual assault was far more rife than they had imagined.

Traister’s act of canvassing women’s anger in, Good and Mad, is in itself is a resistance to the delegitimisation of women’s fury her book opposes. Traister exposes the double-standards placed on women whilst asserting that women’s rage, if carefully harnessed, could be the transformative power needed to overthrow the systemic forces that work to erase it. In closing, she urges us to refrain from “shying away from other women’s anger” and implores us to “seek it out, notice it, and ask women what makes them angry, and listen to them when they tell you”.

Bio: Georgia Rose Phillips is a PhD candidate at UNSW, an editor and writer of both fiction and nonfiction. Recently her work, Holocene: A Short Story, was highly commended for the 2018 Scribe Nonfiction Prize. She is a keen environmentalist, historical fiction enthusiast and is particularly interested in work that examines how social, cultural and political forces interact at a personal level.