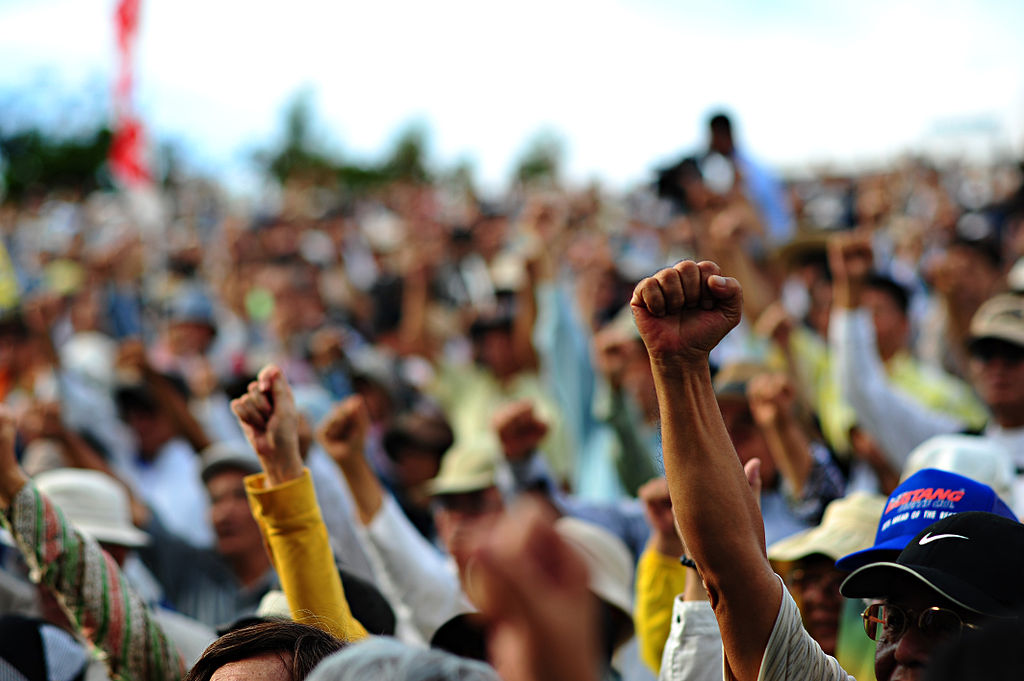 Protests? In Australia? That Worked?: Reviewing The Bentley Effect

The Bentley Effect is a film about “non-radical” protests – I REPEAT, “NON-RADICAL”, NONE OF THOSE GREENIES HERE – against coal seam gas.

If you’re looking for a highly informative, conventional documentary about the coal seam gas (CSG) industry and its effect on the environment, The Bentley Effect isn’t for you. This film is about the grassroots activism that rose up in response to the CSG industry in the Northern Rivers of New South Wales, a movement called “Lock the Gate Alliance”. The film is a result of five years’ worth of documentation, containing haunting footage of Australian landscapes (my inner nationalist is escaping), a taste of local musicians, and an anti-authoritarian sense of humour.

This is an inspirational film, but not for the obvious reasons. It’s inspirational because it sees a community coming together, yes, but also because it shows a peaceful protest in Australia which was enormously successful. The successful use of non-violent, civil disobedience (and sheer numbers) means you should look at this film as a manual for how to protest environmental issues.

Here three things we can learn from The Bentley Effect:

Have John Butler write and perform a song named after your campaign, and allow people to naturally band together and chant eerie war songs with clapping sticks (this will totally freak out the police as they remove them from blocking an approaching drill rig).

When a film is produced about the protest, ensure that it has a stellar, orchestral soundtrack.

The Nannas’ unique defensive tactics include: blocking drill rigs with the longest, strongest, knitted scarf you’ve ever seen and providing other troops with sunscreen, Aerogard, and adult diapers (for those who chain themselves to the ground).

Now I’m not saying we should join the Nationals. We don’t have to hug all our conservative neighbours and tell them they’re totally right about gay marriage. But we need to start seeing that we can occasionally agree on some things like the environment and… um… maybe not much else.

This is what makes The Bentley Effect inspiring. You have a group of relatively conservative farmers, and the local community, fighting for environmental issues. It’s incredible to see a group of people who feel so alienated, and claim not to be “radical Greenies”, actually become more radical than the Greens because, *spoiler alert*, they succeed.

From an environmental perspective, there are certain conflicts in supporting traditional agriculture while simultaneously rejecting coal seam gas, which the film does not detail. Both can potentially result in increased soil salinity, water contamination, increased waste products and increased atmospheric methane. The community in the film were justifiably concerned that wastewater could contaminate ground water, affecting town and farm supplies; 87% of the community voted against CSG but were ignored. The movement’s success is therefore more democratic than environmental, and the film can sometimes exaggerate environmental motives when it’s primarily a communal issue.

This makes sense; it’s easier to get angry at something that’s right in front of us. I could easily protest the UNSW bus lines, for instance. But something as intangible as ice breaking off Antarctica?  But to dismiss a successful environmental movement on these grounds is to lose hope.

The Bentley Effect is an inspirational reminder that environmental issues do not have to conflict with morally conservative values. It’s an incredible demonstration of how we can achieve environmental goals in our current political climate through peaceful, organised protests.