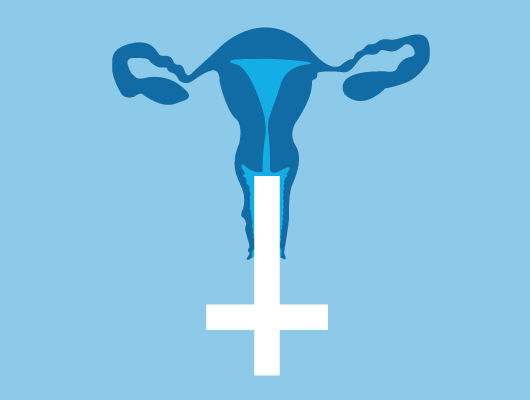 A controversial bill proposed in NSW Parliament by the Christian Democratic Party [CDP] leader, Reverend Fred Nile, has sparked    debate surrounding the dangers of affording foetuses “personhood” status in the eyes of the law.

The Crimes Amendment (Zoe’s Law) Bill 2013 seeks to “establish a separate offence for conduct causing serious harm to, or destruction of, a child in utero”, effectively attributing foetuses at all stages of pregnancy with personhood status.

The proposed legislation draws its name from Zoe, the child of Brodie Donegan, a Central Coast woman who was eight months pregnant on Christmas Day in 2009 when she was hit by a driver under the influence of drugs.

The injuries suffered by Donegan as a result of the accident led to Zoe being stillborn. However, as the law does not recognise foetuses as persons, the driver was not charged with Zoe’s death. Existing NSW law defines harming a foetus as an aggravated assault against the mother.

Donegan and her partner have since proposed the creation of a new category of grievous bodily harm to acknowledge the injuries and deaths from violent crimes suffered by foetuses capable of being born alive.

Ostensibly introduced to “meet the anguish of women” such as Brodie Donegan, Reverend Nile’s version of Zoe’s Law extends the protection of foetuses to all “prenatal offspring of a woman”, allowing foetuses personhood status from the moment of conception. If adopted, Zoe’s Law would make it possible for a person to be charged with manslaughter if they cause a woman to lose her baby.

However, in a New Matilda column, the Greens MLC, Cate Faehrrman, has expressed concern with the potential for such a law to abrogate the rights of pregnant women.

“Although Zoe’s Law is nominally not anti-abortion legislation, its impact would be devastating for women’s rights in a state where abortion is still criminal.” Nile disagreed, pointing to the bill’s exception for medical procedures consented to by pregnant women, such as abortions.

“From the bill’s first draft, over three years ago, it included an ‘exemption for medical procedures’ to make it clear this bill is not an anti-abortion bill. It is simply a pro-life bill … Zoe’s Bill is completely independent from the other CDP bills which are not anti-abortion, but pro-child and pro-mother.”

Despite this, Donegan herself told Tharunka that she believed Nile’s true intentions were to attempt a ban on abortion by equating the medical procedure with the murder of a person.

“I don’t support Fred Nile’s bill, or Fred Nile, and I’ve never had any communication with his office. We don’t want loopholes for a bill to be further amended to limit abortions — and that’s what my worry is about Fred Nile’s bill.

“It’s very similar to the submission I put into the [NSW Parliament Review of Criminal Law on Death of Unborn Children] in 2010, but he’s changed a few words to cover an entire pregnancy and also negligence. I think he has definitely decided to manipulate what happened to us for his own agenda,” Donegan said, adding she was not aware until November 2012 that Nile had constructed a version of Zoe’s Law.

Insisting otherwise, Nile told Tharunka, “my bill completely represents Mrs Brodie Donegan’s concerns, which is why I drafted this bill.”

However, the introduction of Zoe’s Law to NSW Parliament this session is expected to be accompanied by a series of more overtly anti-abortion private member’s bills presented by Fred Nile, drawing into question these remarks.

Foetal personhood laws such as Nile’s proposed Zoe’s Law have also gained increased traction in the United States. Over 38 states have introduced foetal homicide laws, which create a separate legal status for the foetus, acknowledging its personhood from the point of conception.

In Australia, foetal personhood bills have been introduced into the state parliaments of Western Australia and South Australia, in addition to Nile’s proposed bill in New South Wales. In Queensland law, a foetal homicide bill affords similar personhood status to foetuses.

Immediate past president of the Australian Lawyer’s Alliance, Greg Barns, told ABC News these laws are an imposition on the justice system.

“This is an area where we ought to be looking at compassion and keeping the criminal law well away, except for those extreme cases where, for example, a person deliberately assaults another person who is pregnant,” he said.

Disagreeing with the existence of foetal personhood laws in their entirety, a UNSW student who has undergone an abortion procedure, and wished not to be named, told Tharunka these laws are unnecessary, and will disproportionately affect young women by entrenching in statute foetal personhood.

“As a young woman who will likely face the brunt of any abortion restrictions caused by this bill if it were to become law, this doesn’t sit right with me at all,” she said. “It’s pretty clear Nile is trying to use this law to legitimise the idea of abortion being the murder of a person, which would make one-third of the Australian female population murderers by his reckoning.”

UNSW SRC Women’s Officer, Amber Karanikolas, agreed. “This is a thinly veiled attack on safe and legal access to abortion by Nile. The argument that this is somehow divorced from Nile’s views on abortion is ridiculous and has the potential to throw abortion laws into the air … It more than suggests that ‘life’ and rights should be recognised from the point of conception, which is very dangerous.”

Donegan told Tharunka she wished to avoid such a situation arising from Zoe’s Law. “We just want a fair and practical law and if it can’t be done without encroaching on abortion law at the moment, then we’re just not interested in supporting that.

“I also believe it wouldn’t be worth collaborating with [Fred Nile] as I don’t trust him … I believe he does want loopholes to be able to slowly work towards an abortion bill and I refuse to have any part of that, and I find it offensive he’s named his bill after our daughter without asking our permission — not that we would have given it.”