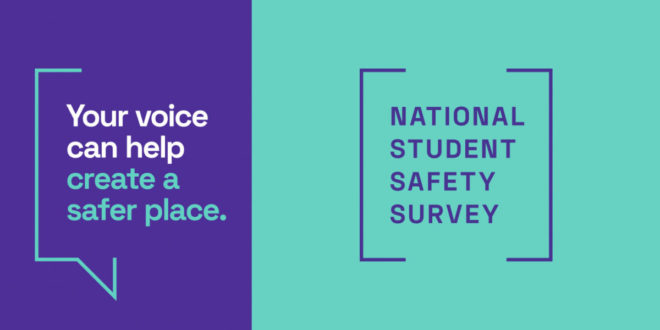 Preventing Sexual Misconduct: Why You Should Participate in the National Student Safety Survey (NSSS)

For the realization of safe institutions, it is important to actively engage with and participate in the development of policies that protect us and safeguard our autonomy. The student voice is essential, and the National Student Safety Survey is an opportunity to express it in a powerful and meaningful way.

Sexual misconduct is devastatingly widespread across universities in Australia. In 2016, 51% of students had experienced sexual assault or harassment at some point during their studies. It is an issue that plagues the daily reality of many students, as it is often traumatic and life-altering for those who experience it and can have far-reaching effects on their education.

The National Student Safety Survey (NSSS) is a 10–12 minute survey that was sent to 10,000 randomly selected UNSW students via email from the 6th of September. The survey will be available to participate in until the 3rd of October, giving students until this Sunday to fill it out. It is an important tool to help measure the prevalence of sexual assault and harassment at UNSW, as well as to gauge broader perceptions of safety and views toward student campus life.

This is the second NSSS, following the survey that took place in 2016. The 2021 survey specifically focuses on examining the effects of COVID-19 on gender-based violence and online abuse. It expands upon the foundational survey conducted in 2016, but with some crucial differences, including behavioural questions on sexual assault. Because of their differing methodologies, the comparability of the prevalence rate in the 2016 survey to that of the 2021 survey will be limited.

The survey is invasive as it requires participating students to recall uncomfortable or traumatising experiences of sexual violence. However, it is voluntary, anonymous and confidential. The results will be de-identified and aggregated. The survey has garnered ethics approval, meaning that it has been designed with survivor safety and wellbeing at the heart of the process.

Often, research and reports of this kind can seem like arbitrary attempts at addressing an issue that seems too firmly rooted. However, this data and the examination of lived experience is pivotal. This survey and others like it have the capacity to inform prevention policies in tangible ways, even if they seem invisible – they will serve as the impetus for larger, direct, and more disruptive change, provided that universities do their part. This is aptly summed up by NUS:

“Data revealing the extent of sexual assault and harassment is useful not only so that universities can improve, but so that current survivors are properly acknowledged and supported. The NSSS is about survivors. Their needs should come above any fear of reputational damage.”

According to Angela Griffin, former SRC Women’s Officer and member of the Sexual Misconduct Working Group, “every person that puts in a submission puts more evidence in front of universities as to why they need to improve. Research that has been done by very reputable sources is difficult for universities to ignore and it creates a tool for student activists to push for improvement.”

Following the 2016 survey, there were 800 actionables that took place. At UNSW, the key outcomes were the establishment of the Division of EDI in 2017, the confidential Sexual Misconduct Reporting Portal, compulsory training and the development of future strategies and action plans.

The EDI published its first publicly available report on Sexual Misconduct in 2020. The key statistics are:

– Over 50% of sexual misconduct incidents occurred off campus

– 25% of reporters wanted options for support or action

– 22% of reporters did not want immediate action taken

Sexual assault reports increased from 2017 to 2019, and then decreased dramatically in 2020, which is consistent with COVID-19 and the shift to online learning.

Despite the potential of the NSSS, it is important to acknowledge that the survey is not without limitations and several experts have commented on its shortcomings.

Firstly, there have been multiple criticisms levelled at the methodology of this survey. Both Angela and Professor Jan Breckenridge, co-convener of the the UNSW Gendered Violence Research Network, found that a sample of 10 000 students is too small, and there does not seem to be any specific rationale provided for selecting this number. Considerably fewer students having access to this survey is problematic, and although it is possible for students who have not been selected to make submissions online, these are not included in the survey data, making the practice seem gratuitous.

Next, Professor Breckenridge expressed concern about how this survey may impact perceptions of confidentiality and affect student trust. Some students who have received this survey randomly may have previously put in reports of harassment and might therefore feel targeted, worrying that their information has not been kept confidential. She also noted the lack of an independent contractor from Universities Australia to oversee the project and manage the research. This is an interesting choice as having such a contractor would have ensured that universities participate maximally.

Angela and Professor Breckenridge also pointed out the distinct lack of appropriate messaging around the survey prior to it being released. With the exception of a single university email sent beforehand, the survey seems to appear somewhat unexpectedly in student inboxes. The title of the survey also does not specify that it pertains to sexual misconduct and is quite general which also decreases the likelihood of students responding, even those who might be interested in putting in submissions. Students receive many emails every day, and it is easy for a survey whose importance has not been extensively advocated to them beforehand to get lost in their inboxes.

Support service offerings are also crucial in such a survey. However, many of the hotline numbers included are not accessible to international students currently abroad due to COVID-19, and it is not clear whether the support services available are necessarily specialists in sexual assault. The lack of transparency in how the research was conducted, the vagueness about the extent to which students were consulted, as well as questions about whether such a survey is able to effectively capture the experiences of students of diverse backgrounds are other issues that have been raised.

The timing of this survey, however, is perhaps one of its most salient shortcomings. Sexual harassment reporting has naturally decreased due to online learning and the pandemic. Yet despite this, this survey is being used as a benchmark on this topic and this is problematic, as the benchmark should not be an anomalous year. Residential colleges, which are a particular site of risk, have not been operating as they usually would. As such, the results are likely to be skewed.

Further, a NUS Media release has asserted that the scope of universities’ responsibility extends beyond in person harassment and surveys such as the NSSS tend to be used as a surface level measure to appear as though work is being done when that is not necessarily the case:

“The pandemic proves that universities should not be responsible for on-campus sexual harassment and assault alone. Universities’ responsibility extends to wherever student and staff perpetrators utilise their education as a prop to commit violence against others…The NSSS tends to represent an opportunity for universities to shallowly acknowledge their limited efforts in protecting and educating students while falsely pledging to accept recommendations.”

And where universities do adopt services and procedures, there are “not enough resources, transparency, funding and student input that the change could be effective in any genuine way.” This is compounded by the federal government’s constant cuts to education which adversely impact the ability to resource student services, as stated in the media release, “usually, when cuts are made, sexual violence services are the first to go.”

An issue like sexual misconduct which is complex, deeply entrenched and stigmatised demands the focus and coordination of many actors and stakeholders. Whilst it is difficult and exhausting to recount experiences of sexual harassment, developing effective systems to prevent and deal with sexual harassment requires collective effort from all parties including students and staff. There needs to be a willingness to take the time to contribute to formulating prevention strategies.

Professor Breckenridge powerfully reiterates this: “Every story is unique, so hearing from everybody means that we get the broadest understanding of the experience of sexual harassment… on campus. Like everything else, if we base (sexual misconduct policies) on good evidence and evidence of lived experience, then we can think about prevention.”

She encourages students further, “don’t let telling your story be the last thing you do…Be active, be part of student groups that are looking to see how we translate this evidence into some form of practice, whether its prevention or response.”

This survey, despite its limitations, is an unequivocally important opportunity for students to engage in the prevention of sexual misconduct on campus.

The question to ask now is, how is the university going to involve the students in understanding the results?

Share
Previous General Secretary at the SRC Elections 2021: meet your candidates
Next The University of Melbourne to institute vaccine requirements on campus