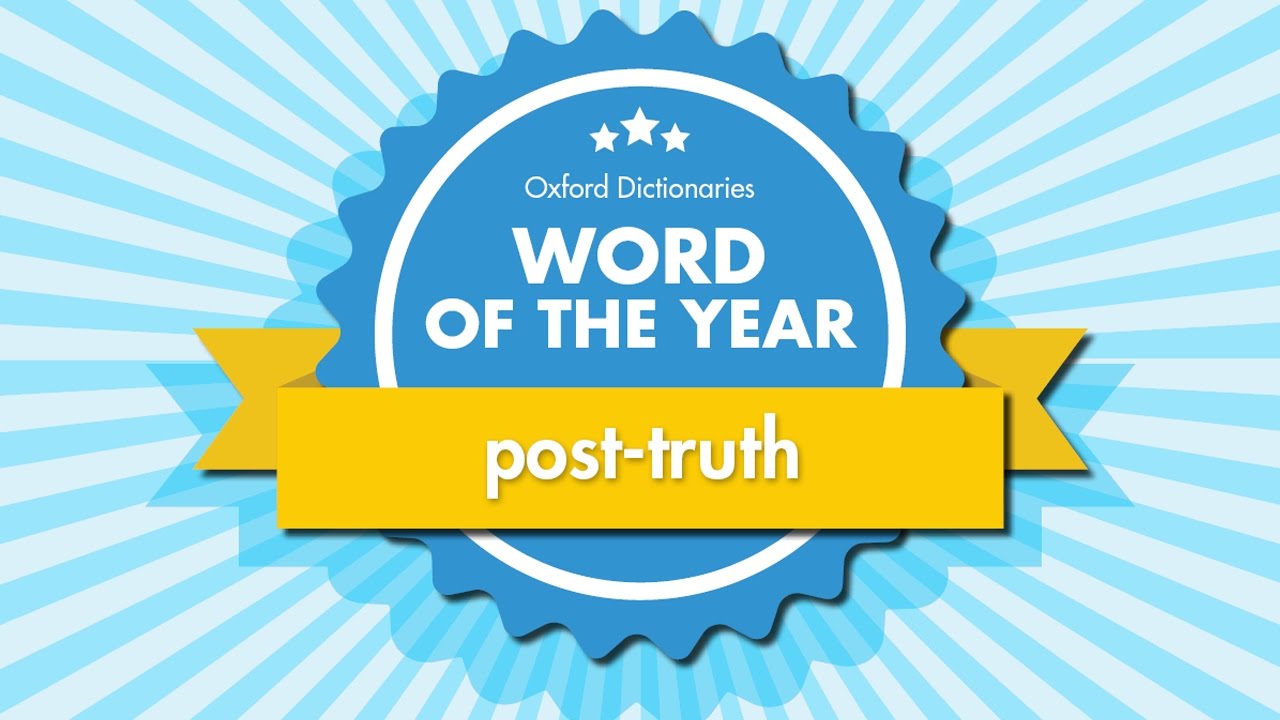 What does “post-truth” mean? It’s a term that has been used a lot in recent times, particularly in reference to Donald Trump’s presidential election campaign and the Brexit campaign. In fact, “post-truth” was selected as Oxford Dictionary’s “word of the year” in 2016 due to its sudden transformation from an obscure academic term to one that featured in the headlines of major newspapers.

“Relating to or denoting circumstances in which objective facts are less influential in shaping public opinion than appeals to emotion and personal belief.”

This definition does have merit; I’m sure many people can think of examples of post-truth in action.

Rather than terms such as post-modernism and post-colonialism, which are more historically-based, post-truth suggests that truth itself has become irrelevant, that political culture aims to ignite emotion rather than explain policy.

Post-truth is the Brexit campaign relying on the notion that EU membership costs the UK $470 million a week, which could be spent on the National Health Service instead. This fuelled a sense of anger in many UK citizens. Yet this claim was never checked for its accuracy; it was later proven to be false.

Post-truth is Donald Trump stirring up the frustrations of the American working class rather than facing facts. The organisation, PolitiFact, found that over the past five years, 70 per cent of Trump’s claims were false, 15 per cent “half-true” and 15 per cent true. Nonetheless, Trump’s supporters were undeterred by this, considering these fact-checkers to be associated with mainstream and liberal media. Trump himself frequently makes attacks on the integrity of the media, leading to a new “anti-media” rhetoric.

With these examples in mind, people have defined post-truth as just the spreading of “lies”. Which leads to another question: does the term need to exist?

Post-truth is linked to “fake news”. Everyone is a publisher, making it easier for like-minded people to form clusters and strengthen each other’s beliefs, personalised newsfeeds reinforcing prejudices and bias.

Social media sites are not media companies, but rather tech firms driven by algorithms. When Facebook automated its “trending news” section, it promoted many “fake news” articles propelled by clickbait headlines. The “information glut” we’re faced with limits the time people have to fact-check, which is also incentivised by the commodification of clickbait.

In light of this, the term “post-truth” helps to define the current situation. There are concerning issues posed by online media, but it’s also important for us not to resort to “anti-media” rhetoric. A diversity of opinions is needed but so is journalistic integrity, along with technologies that will help us curate and interpret data ethically. Of course, “lies” aren’t a new concept. But the intersection between fake news, politics and technology is new. A post-truth world is one where, more than ever, the onus is on us, as individuals, to be open-minded, think critically and scrutinise the content we read.  The onus is on us to find the truth.

Previous What You Need to Know About UNSW’s 2025 Plan
Next UNSW Student Affected By Centrelink Debt Notices: “They Treat Us Like Dirt”