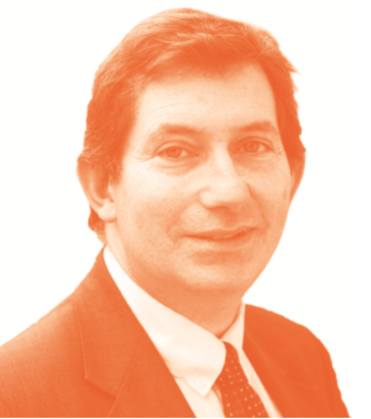 Portrait of a Vice-Chancellor

So for those students who aren’t familiar with your background, you were dean of the University of Manchester Medicine Faculty as well as Vice President of the University and you also led a research team investigating early diagnoses of ovarian cancer and chaired the Uganda Women’s Health Initiative which you also established. It’s a big change to Vice-Chancellor here.

A little bit, but I like to think that all the things I’ve done in my career are focused on helping people perform at their optimum and achieve the best they can, so as to make a difference to other peoples’ lives. Really, everything I’ve done has led to this role. I started off training as a doctor because I thought personally I could make a difference to people’s lives and from there started leading clinical teams, from there big research teams, then Dean of a faculty of medicine, to the Vice President of Manchester University. So it’s not a massive change in focus, but the scale of the responsibility here is larger.

Why UNSW? Why here?

First of all, you don’t have to look hard at UNSW to realise this is a great university. It’s innovative, it’s dynamic, it’s got great infrastructure. When you stand on the campus at the top of the mall and look down, it’s really exciting. I thought this is a vista of what education and research can be for the future. It’s been well-run in terms of finance and administrative organisation. Secondly, Australia. It’s an exciting country, a country with great resources, it’s still young and open to new ideas in many ways. I believe in the power of education and research to change people’s lives and this seemed an opportunity second-to-none to advance that.

Obviously the big comparison students will be making is between you and Fred Hilmer. Where did you think Hilmer did well, and where would you try and differentiate yourself in terms of style?

I’ll leave it to others to decide in terms of style. Fred’s taken the university a huge way. If you walk around the campus a lot of development has happened in Fred’s tenure, the finances have come a long way, there have been advances in research, an increase in the number of students. My task is to maintain the trajectory. I will have a very strong people focus. I come from a medical background, Fred came from a business background. I don’t know whether people will notice a difference.

You’ve obviously started on a consultation process, according to that process, what are the challenges that UNSW will face in the next few years?

Well, Fred has left the university in a great place but the challenges are very serious. What is the right balance between public support for universities and private individual support? I’ve been asking where Sydney ranks in the best cities in the world. You’d certainly put it in the top 10. Most I’ve asked put it in the top 5. Why wouldn’t Australia and Sydney have a university in the top 10 in the world? So there’s a challenge to Australian society to see how far they want their universities to go. The other constraint we have is the estate. The UNSW rectangle with the extra bits it has. It’s vibrant and exciting but it’s pushed to boiling point. Where can you build?

How many racecourses does Sydney need?

Well, those discussions are on-going!

Be careful with that one!

Obviously the big question in higher education in Australia is fee deregulation. You’ve said you’re in “listening and learning mode.” What have you heard, what have you learnt?

It’s a difficult debate. We need to find a way of funding universities properly so they’re globally competitive. A reasonable question is how much of university education is a private good? At the moment it’s about 60% public investment, 40% students. The government wants it to go the other way, 40-60. I think there’s a significant public and private benefit so maybe it should be about 50-50. I certainly wouldn’t want to go the way of the UK system where essentially all fees are paid by students through a loan system. My second principle is that I am absolutely passionate about ensuring all students of ability can get a high quality education regardless of their background, their ethnic background, their indigenous background, gender, socio-economic group. I feel very strongly about that. So then, given all that, given that we want more funding, what balance between public and private investment are we going to have? We’ve reached an impasse and I’m in listening mode. Our university made a decision that it supports fee deregulation, but the debate is on-going and to a large extent whether it happens now it’s out of our hands.

You mentioned the UK experience. The fees there weren’t fully deregulated, the cap was approximately tripled I think. What a lot of people have said about Australia if deregulation does happen is that there will be stratification between the Group of Eight universities on the one hand and other universities on the other. In the UK though, all universities moved towards the highest cap level.

It’s fascinating to reflect on what happened in the UK. We essentially went from total public funding, to £3000 then to £9000 fees. I’m the first person in my family who went to university. I went to a very good school where you paid based on your parents’ income, then I got into Cambridge and got a Cambridge education for nothing. Then medical school again for no fee. To see that reversed and my children paying all of their fees, I think things have swung too far in the other direction. Interestingly, the percentage of lower socioeconomic students in the UK has increased so the £9000 fees haven’t put them off. But the proposal in Australia is different and under deregulation the scale of the increase could potentially be more. So there is the potential for students to incur very large debts and a risk of  discouraging students from disadvantaged backgrounds. There are different ways these problems could be handled but it’s too early for me to be pontificating about that.

And if it comes down to a choice between developing a university system such as an Australian Ivy League which allows Sydney to have one or even two universities in the top 10, top 20 in the world but it’s harder for people of lower backgrounds to gain access to those universities as is the case in America?

I don’t think that is a necessary consequence of having a great university but that of course is the challenge for all of us. I don’t believe a great university has access limited to people from privileged backgrounds. Why have high-performing – I don’t want to use the word elite, I’m certainly not interested in elitism – universities? It’s because of everything a great university can contribute to society, to the way people think, to the skills people have, to economic prosperity. One of the things that Australia is not doing as well as it might is knowledge transfer. Everyone’s telling us that Australia needs to diversify its economy and this is where UNSW and other great universities can be in the lead.

The worst case scenario for the university obviously is for fee deregulation to be blocked but the government to go through with funding cuts. Students are worried about cuts to their courses, and cuts to staffing numbers. Are these probable in the future?

I think that the people who have it in their power to resolve this fundamentally do care about universities and the education of the next generation. I think we will find a solution. It’s possible deregulation could happen. It’s possible we will get a temporary solution to ensure that there is funding whilst the political discussions continue.

You said a temporary solution. Do you think fee deregulation is inevitable?

We have to find a way to fund universities to a substantial level. Surely everyone realises it’s not in Australia’s education to dumb down our universities so we need to find funding. If it’s not possible to find the funding from of student fees, we could be hit by cuts to research funding. We need a vibrant higher education sector. Research helps students, because top research universities have the best teaching and when the prestige of the university increases that’s good for students in the job market.

What is your perspective on the relationship between universities and fossil fuels?

My starting point on this is it’s a massive issue for mankind. UNSW takes this really seriously as reflected in our research activity to find renewable energy sources. The university council discussed this and made a decision not to adjust its investment portfolio. I respect and support that decision. This not an issue, though, that is going to disappear from our discussion forums. We have to face the fact that right now the Australian economy and the global economy is dependent on fossil fuels and we need to be encouraging as quickly as possible the adoption of alternative sources. UNSW can help lead the way forward through research. That is my position right now.

And what, broadly, is your strategic vision for UNSW?

I am conducting an engagement process and consultation process in parallel. A key step is engagement, with students and staff. I want to talk to the student leadership and students beyond the formal student leadership as well. You’ll see me out and about the campus, I think it’s really important to be informed. Secondly, there is a consultation process for the UNSW 2015-25 strategy. This is structured  around major strategic priorities. It won’t be a top down strategy, there is plenty of room for bottom up ideas. There are three major headings, which won’t surprise you: academic excellence, social engagement and global impact. Academic excellence; I’m deliberately not separating at the highest level research and teaching because I believe they go together. How do we personalise education? This can’t be about dumbing down quality –  you can actually improve the quality of education by using online and new technologies. At the same time we need to continue improving our research output and quality. Social engagement; three examples. Making UNSW being a global forum for debate, discussion and policy formulation on the grand challenges for society. Enhancing equality in student entry and staff progression but also pushing for equality throughout Australian society. Increasing the role of universities in knowledge transfer and wealth creation. And third global impact. With international students maximising the role of UNSW in educating people from across the world. We’re already in the top five in terms of numbers of international students  The second thing in terms of global impact is partnerships. I’m interested in three or four serious, well-defined university partnerships, one in Europe, one in Asia, one in America, one in Africa, with benefits for students and staff. The third thing is the developing word. A university like this can, and should, make a big impact in the developing world. These are high-level headings discussion and everyone is welcome to submit contributions and ideas. [There will be a website through which students can contribute their ideas under these broad headings.]