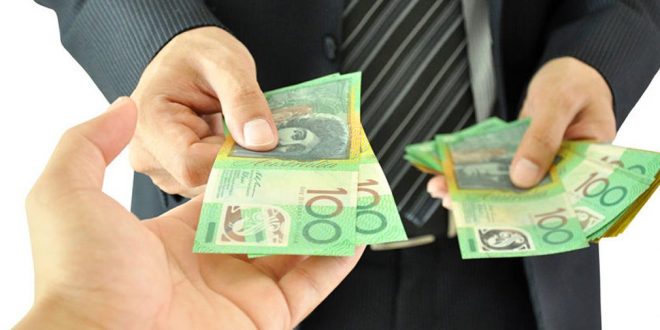 Political Dark Money: how a lack of transparency in political contributions influences policymaking

I remember my first visit to the NSW Parliament. As the only representative from my local public school out west, visiting the city was an adventure. The 16-year-old me had the opportunity to listen to a discussion on women in Australian politics with an inspiring panel, one of whom was Jo Haylen MP, which made the day ever more exciting. Of course, there was also the chance to skip school.

I was starry-eyed hearing their political journeys, their struggles and their immeasurable support for women in power. I wanted to be where they were. I wanted to join their cause. I wanted to believe I could someday get to help those whom I represented. That dream ended faster than Emma Husar’s political career.

The 2019 election was the first I had the opportunity to vote in and it turned out to be bittersweet. It was reported that more than $100m in political donations was ‘dark money’, in other words, undisclosed, totalling 31.4% of all donations.[1] I’m confident to say that unless I attached money to my vote, whichever political party I chose would have only a fraction of care for the needs of myself and the community at large.

According to Transparency International’s Corruption Perceptions Index,[2] Australia’s score as of now is 77/100. Although we rank top 12th out of 180 countries it is our record low, having declined since 2012. This index is measured through data on bribery, division of funds, legal protection of whistle-blowers, ability to contain government etc. but does not include citizens’ perception and experience of corruption, tax fraud, money-laundering, enablers of corruption or private sector corruption. This metric is not perfect but it effectively represents issues with public institutions, including political contributions.

Campaigns are expensive, I get it. But with a third of political donations being ‘dark money’, it can be seen as ‘sketchy’ at best and borderline unethical at worst. For federal political donations, any amount beyond $13,800 must disclose its source (i.e. which organisation or lobby), but the number is not aggregated. This means a donor can continuously contribute amounts lower than $13,800 and remain undisclosed to the public.[3]

There is a possibility of huge donations made through smaller amounts, but the lack of transparency makes it impossible to tell. It might be of interest to note that the Coalition received over $65 million in dark money and the ALP received over $25 million. Altogether, this has accumulated over the last two decades into a billion dollars in dark money whose background is unknown to the wider public.

The implications that dark money has had on policy through the years are hard to measure due to many anonymous receipts in federal donation and limited record-keeping laws. But it is easy to think of the possibilities if donation contributions are disclosed. For instance, let’s look at two large industries which continuously lobby and donate to gain a large influence in government: fossil-fuels and pharmaceuticals.

It’s plain as day that the fossil-fuel industry has large stakes in politics, but to what extent? Excluding Clive Palmer’s self-donation through Mineralogy Pty Ltd, fossil-fuel companies donated a total of $1,897,379 in 2018-19, jumping up 48% from the year before. However, there are estimates that the true figure could be five to ten times higher with the inclusion of dark money.[4]

Both major political parties receive donations from of fossil-fuel companies. The Coalition took more than $1,000,000 and the ALP over $700,000.[H1] [5] [H2] Government inaction in regards to carbon emissions has had devastating costs, as highlighted by the unprecedented destruction caused last bushfire season. The fires burned twice as much land as Black Friday, all to keep one of the biggest government donors happy.

The frustrating timeline of pushing and pulling regarding carbon tax policy goes back decades[6], and is seeing no development. It is embarrassing how in-your-face and influential money is in our climate politics, with government overrun by lobbying and donations. 2008-09 saw the ALP attempt to introduce an emissions trading scheme, but they were faced with aggressive lobbying by the Mineral Council of Australia and the exaggerated danger of mass unemployment.

The events leading to the carbon tax implementation and the internal chaos of government leadership were later studied and conclusively summarised as “the power of collective action to distort national policy to serve sectoral self‐interests.”[7] Today, Australia emits the seventh most CO2 per capita in the world, according to the World Economic Forum.[8] With the current political climate, this seems hardly likely to change.

A less publicised industry with an immense influence is Big Pharma, who lobby intensely and contribute political donations under tight secrecy. [H3] Australia’s healthcare system under the National Medicines Policy is based on the Pharmaceutical Benefits Scheme (PBS), which allows Australian residents to access subsidised prescription drugs. In 2017, a Grattan Institute Report found that Australians are paying 3.7 times higher than global benchmark, unnecessarily increasing the cost of the PBS by half a billion dollars.[9] Medicine prices are still too expensive for the chronically ill under the PBS.

The Grattan Institute report also found the pharmaceutical industry is given great access over individual policies, including a case where industry lobby groups were in the very same rooms as the federal government when developing therapeutic pricing policy. Additionally, experts in pharmaceutical policy have indicated an overall lowering of standards when bringing new drugs onto the market, using emotive lobbying through “grassroots” consumer groups to ”fast-track” particular drugs.

One of the industry’s largest lobbyists, the Pharmacy Guild of Australia, can be regarded as “the most influential force in the health system”.[10] They have advocated and helped to implement numerous policies that serve the best interest of only Big Pharma. For example, ‘location laws’ dictate that new pharmacies cannot be within 1.5km of other pharmacies, and must be either within 500m of both a medical practitioner and a small supermarket, or within 500m of a large supermarket.

These laws have restricted sales, making the industry less competitive, and have arguably cost consumers more.[11] However, because the pharmaceutical industry largely works under strict confidentiality and behind tightly closed doors, there is little knowledge of how deep their roots are in politics and therefore little scrutiny on the industry.

For the next federal election, your vote will probably contribute to getting the party of your choice in power, but consider chucking in a couple million to actually have any chance of getting policymaking done the people’s way.

[8] Fleming, Sean. “Chart Of The Day: These Countries Create Most Of The World’S CO2 Emissions”. 2020. World Economic Forum. https://www.weforum.org/agenda/2019/06/chart-of-the-day-these-countries-create-most-of-the-world-s-co2-emissions/.

[H2]This sentence doesn’t add much, $25 sounds odd, these numbers aren’t on the ACF website and I don’t have confidence in this claim without a source.

Share
Previous 5 Ways You Can Support Your Local Community During COVID-19
Next Against Australia: A Call for Indigenous Sovereignty