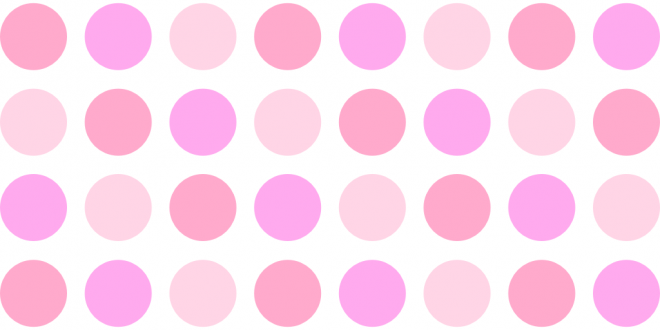 I used to hate the colour pink, writes Emma Cohen.

I’m sure I’m not alone. Growing up, I was never much of a “girly girl,” whatever that ridiculous tautology is supposed to mean. I didn’t really wear skirts or understand how to operate liquid eyeliner. When I was 15, I would have proudly declared that my fellow females were full of drama and then flounced off to listen to some Bon Iver like the special snowflake I was.

And pink! Ugh! It would leave a bitter taste in my mouth, that pale red colour. As I would disdainfully explain to my mother, pink was just too girly. And really, I think we all knew from a young age that there was something inherently wrong with things that were girly.

“Being a girl” was a dirty insult bandied about my school, an insinuation about one’s weaknesses or deficiencies. Being a girl meant you were whiny. Being a girl meant you were obsessed with your appearance. Sure, girls could be alright at sports, but never as good as the boys. Girls couldn’t even manage to be funny, they were too preoccupied with concocting some Wile E Coyote scheme to trick some poor helpless male into impregnating them (classic women with their burgeoning ovaries, am I right!). I mean, with all these incoming messages, who in their right mind would have wanted to be a girl?

Unfortunately, I didn’t have the awareness or the critical thinking to challenge these propositions at the time. That was something those feminists did, and we all knew that feminists devoured infants and didn’t shave their armpits (yuck!). Rather, I internalised these rigid conceptions of gender and bemoaned my poor luck at being born on the wrong side of the binary. My hatred of the colour pink came part-and-parcel with my dissatisfaction with being born a girl, and all the constraints I was taught that placed on me.

Since ascending to nirvana in my later teen years (i.e. actually becoming a feminist), I’ve learnt a number of things. Firstly, feminists are generally quite lovely people and they devour very few infants. Secondly, I’ve realised that gender is fluid. “Being a girl” is an assertion about my sex, not my character. I don’t believe that there are fundamental differences in the qualities of men and women, but rather that society teaches us that there should be and strictly enforces that pronouncement. Femininity, and therefore the colour pink, is not synonymous with weakness.

However, I still tend to baulk from buying pink products at the supermarket. Pink toiletries are easily more expensive than anything not so garishly gendered (check out the difference between men and women’s razors next time you’re at Coles). Even tampons are still considered ‘non-essential’ items and have GST applied accordingly (siq 1 Howard). These price discrepancies may seem immaterial but they certainly accumulate, particularly when you consider that women on average still earn 18.8% less than men, and indigenous women earn far less than that again. So how is it fair that women are still paying for everyday goods and services?

Personally, I no longer hate the colour pink. But perhaps it’s time to re-evaluate whether it belongs on our consumer products, especially considering the disproportionate impact it’s having on women customers.