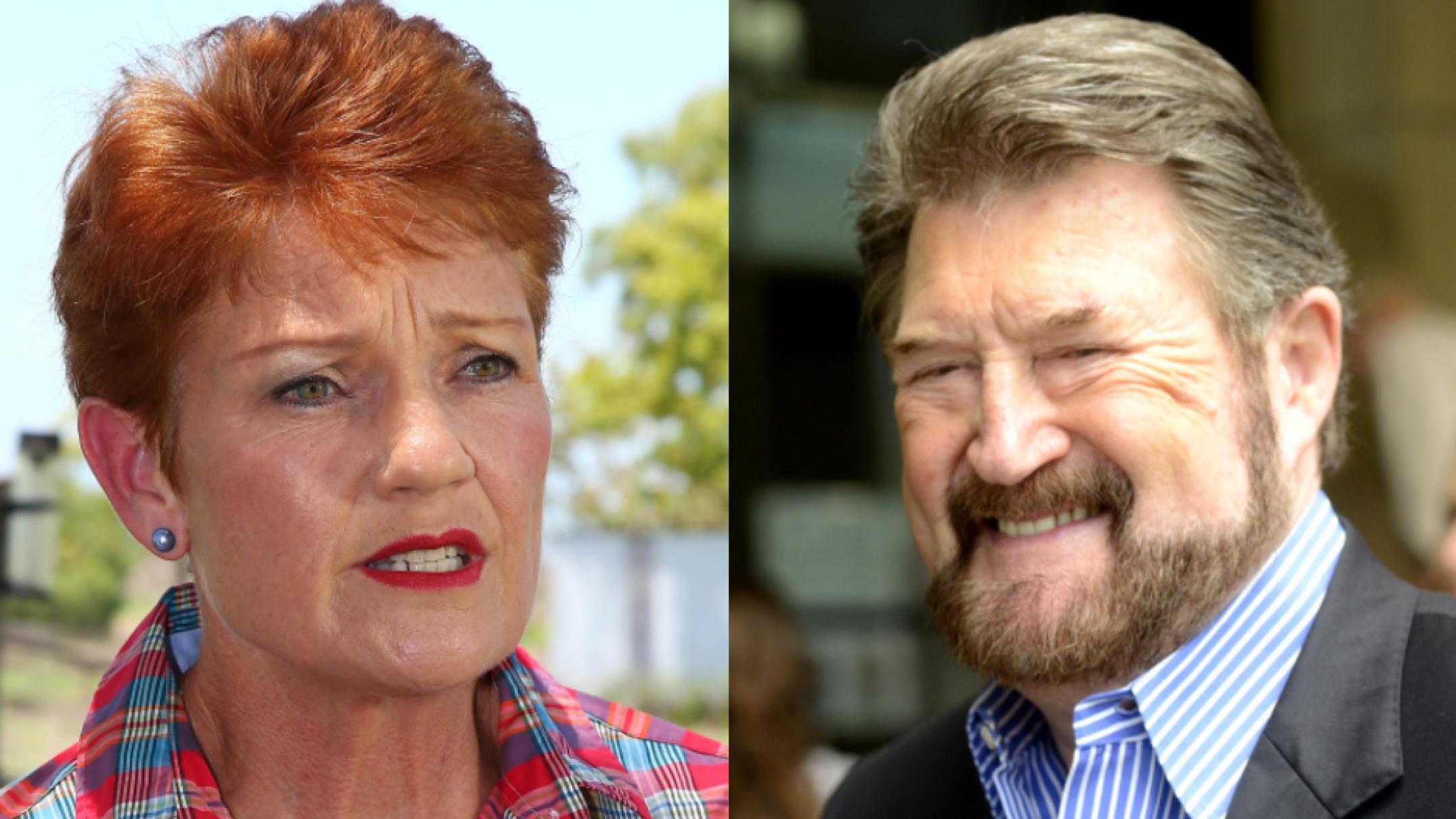 Both Pauline Hanson and Derryn Hinch have been elected to the Senate in the recent election, but while they both share controversy and jail time, their approach to policy and parliament doesn’t necessarily match up.

Hanson has secured a seat as part of her One Nation party, whilst Hinch claims he and his Justice Party are representatives of a “common sense” approach to politics.

Hinch’s campaign adopted a law-and-order approach, as his party’s name suggests, however he states he will be more than “just the anti-pedophile senator”.

He has previously been incarcerated for naming pedophiles and breaching suppression orders, and has declared he will push for a national public register of convicted sex offenders.

Yet he says he will also prioritise ending the live export trade, pushing for a Senate inquiry into the Family Court and child welfare agencies, and lifting the national rate of organ donations.

Hanson has also stated she wants parliament to “clean up our Family Law Act and the child support”.

But Hinch is no fan of Hanson, stating her political comeback is “extraordinary.”

“Pauline has traded ‘I hate Chinese’ for ‘I hate Muslims,’” he said.

“A royal commission into a religion? That’s crazy stuff.”

Hanson’s campaign has been characterised by her disagreement with Islam and Halal certification, and her belief that Australians “feel they have been swamped by Asians”.

One Nation proposes to ban the burqa and niqab in public, ban Halal certification, stop Muslim immigration and install surveillance cameras in mosques.

“I’d like to know what they are teaching in those mosques. You can’t deny the fact that in these mosques, they’ve been known to preach hate towards us,” Hanson said.

One Nation’s policy platform states: “Do you want your children and grandchildren to be living under Sharia Law and treated as a second-class citizen with no rights? We don’t!”

“By buying Halal certified products, it means that you are financially supporting the Islamisation of Australia, including Sharia Law, which opposes our Australian Constitution and democracy.”

“Multiculturalism has failed everywhere,” it says.

“It is negative and divisive, a weight that is drowning our once safe and cohesive society.

“One Nation will abolish multiculturalism and the Racial Discrimination Act and promote assimilation, nationalism, loyalty and pride in being an Australian.”

Hanson’s party has strong opinions on immigration and asylum seekers.

“What we have here is someone coming into your home telling you they like your house better than theirs and they are going to live with you,” One Nation claims.

“Your children now have to share a room and you have to make the dollars stretch further to provide for them.

“If you don’t give them what they want, they will complain and you will be forced to answer why you are so inhumane not to have them live in your home, that you worked hard for.”

But a Junkee investigation has revealed that One Nation’s policies on Halal, the United Nation’s Agenda 21 conspiracy and medical marijuana appear to be plagiarised from a number of online sources, including Wikipedia.

Junkee indicated that large slabs of policy text look to have been copied and pasted.

With jail-time and airtime between them (and some liberty with the Ctrl+C function in the case of One Nation), Hinch and Hanson both have power after their recent wins, but don’t expect the Queenslanders to see eye-to-eye.

“I’m not looking forward to it, we have very little in common,” Hinch said, on working with Hanson.

“I’ve only met her once … she’s pleasant, but what comes out of her mouth isn’t very pleasant.”

Share
Previous Election 2016: Behind the Vote Count
Next Human Rights Commission survey about sexual assault and harassment launches at UNSW