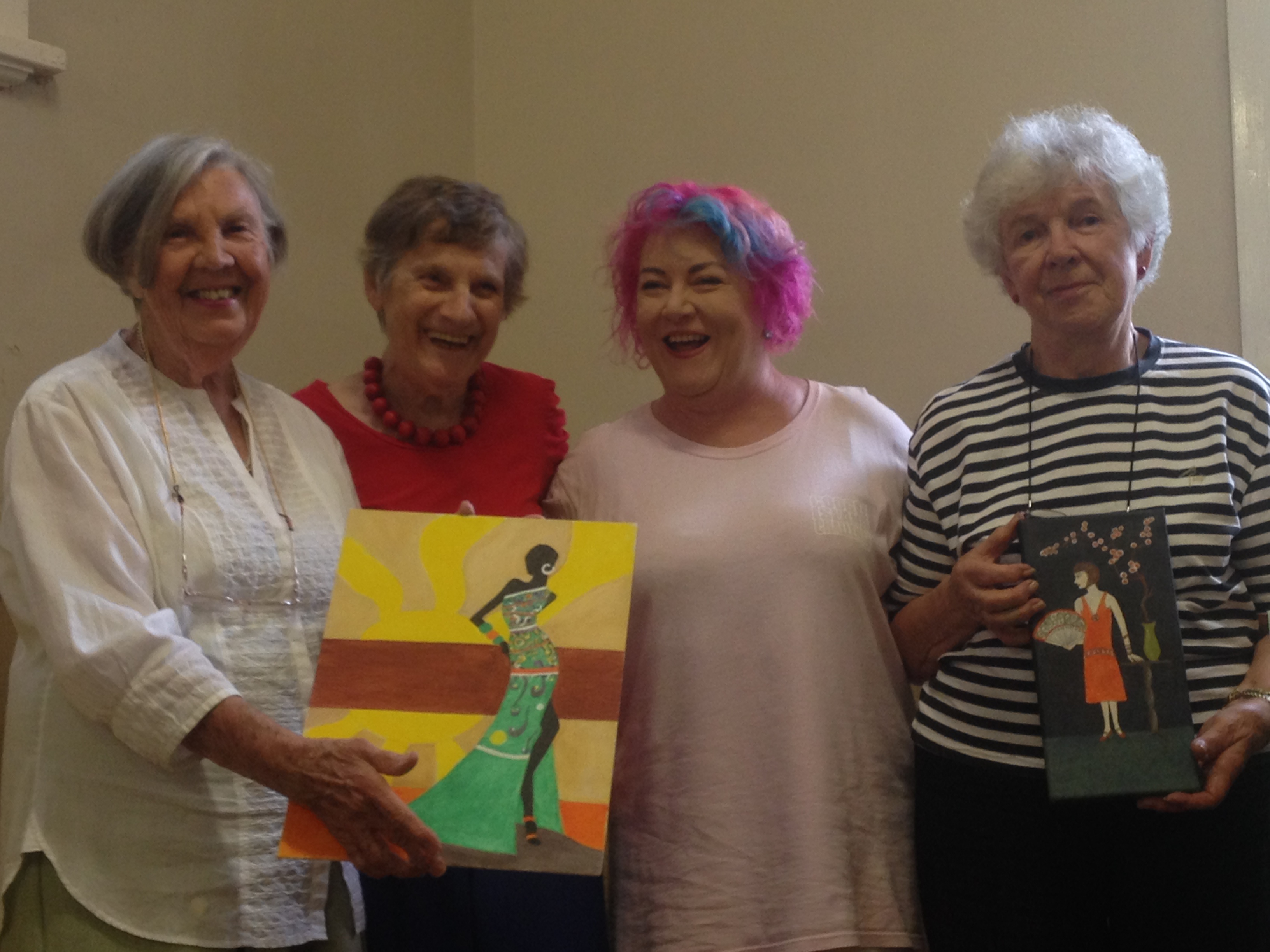 Matriarch of local arts and crafts Patricia Reid has seen the joys of a few become the passion of many as her beloved Randwick Art Society closes in on its 100th member.

Patricia, founding President of the Art Society, equates the growth of membership to the positive impact it continues to have on local artists.

“We do have some very talented artists here. I just feel that it’s great for Randwick to have this Society,” Patricia said.

Founded in 2009 with a member base of 14, the Randwick Art Society (RAS) became the first dedicated Art society in the Eastern Suburbs. Patricia steered RAS into becoming the focal point for local artists to hone their skills across various disciplines of arts and crafts.

“[The RAS] is very important [to its members]. We all feel the same that it’s a good thing we are community-minded,” she said.

Through RAS, Patricia works towards greater recognition and appreciation of all mediums of Art, along with sharing companionship with artists from the Randwick community.

Patricia believed prior to the RAS’s formation that an Art society would earn greater prestige than the preceding network of smaller groups. She also saw openings for local artists that could only be achieved through a larger organisation.

Identifying as an Art society allowed RAS to join the Combined Art Societies of Sydney (CASS) group. The annual CASS exhibition displays 300 of the top artworks from 14 societies across Sydney, and has yielded prizes for RAS members on three consecutive occasions.

“That was why I wanted [an Art society in Randwick] – the nearest one was in St. George, Kogarah. I don’t know why no one else ever wanted to do it. It was just a dream I had,” she said.

Randwick Literary Institute has played host to RAS meetings each Monday since February 2010, and has hosted numerous exhibitions.

Manager of the Literary Institute Marian McIntosh says she has enjoyed watching the society grow to be one of the more popular activities held at the venue.

Having stepped down as Society President at the end of 2012, Patricia has continued her involvement as public officer and historian. She remains a regular participant in weekly RAS events.

An 84-year resident of Randwick, art has been a central part of Patricia’s life since she began taking art classes at Randwick Public School.

While Patricia was pleased by the successful grades she scored, she truly realised her love for art through another childhood pastime.

“When I was very young they used to have art contests at all the theatres and I always entered those,” she said.

“They would give you a sheet of whatever movie you saw – you’d take them home and fill them in – and I was always winning those. It was just colouring-in but I always loved it, it was just natural.”

She joined the South Sydney Juniors Intra Art Club in 1968, winning several awards for her artworks.

Over time, she experimented with various disciplines before settling on oil painting as her medium of choice.

“I’d tried everything else. Water-colour [artworks] are more difficult – if you muck a water-colour up, you just screw it up and throw it away,” she said.

“If I did an oil painting of anything and didn’t like it, I could paint all over it and make a completely new painting. I love oils, they’re lovely to work with.”

Patricia’s Art regularly fills the walls of the Literary Institute alongside other works from RAS members.

While all artworks are replaced after a few weeks to ensure each member gets their time on display, two smaller paintings have remained on display over summer in memory of the society’s late mentor and founding member Peter Schanzer.

“Peter left his paintings to the [Prince of Wales] Hospital…we decided to leave the ones he had on display,” Patricia said.

Patricia’s hopes for the RAS in 2015 have not changed since she first began.

“I hope the society grows,” she said.

“I hope our members keep coming back and I hope it grows more.”

Share
Previous The Importance of Politics
Next The Vancouver Manoeuvre