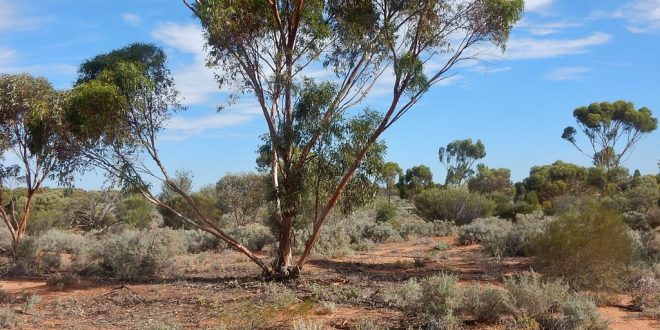 Pastoral Leases and the Australian Landscape

In the 1800s, the British Crown was faced with the problem of governing a surge in squatting in Australia. Squatters were settlers who squatted in what was called the Crown’s “waste lands” (which meant outside the colony boundaries). They would graze cattle and sheep and with the growing wool industry, squatting became a lucrative enterprise, to the extent that they were even labelled their own social class: the “Squattocracy”. Famous families of the Squattocracy include the Kidman family (yes related to Nicole Kidman), who at the height of their power squatted across 107,000 square miles in Central Australia.

Colonial officers were perplexed as to how they could control, “persons hanging on the Frontiers” of the colonies “to which there is no known or assignable limits”. (Reynolds & Dalziel 1996). The fraudulent landlord, Madame Crown, was not happy. And in 1846, Imperial legislation granted the Australian colonies permission to give out leases, so these Squatters would squat no more! Begone, we now appoint thy a Pastoralist! Under a Pastoral Lease, Madame Crown, could now assert Imperial influence and continue to make revenue from her throne across the seas.

Renting the land had other benefits for Madame Crown, namely mediating Frontier violence. In the New South Wales colony, maintaining government control over the settlers was serious business. There was concern that if the squatters/pastoralist believed they had permanent “freehold” rights to the land, frontier violence would erupt immeasurably. The brutality of frontier homicide was a significant concern for the public safety. Bloodshed, rape and murder marked most interactions between Indigenous people and settlers. Imperial mediation presented itself in the form of an Order in Council that amended provisions of the Pastoral Lease legislation to include Aboriginal rights to access their land.

In effect for 6 years,“The Order in the Council authorised the Governor to insert in all future leases such conditions as would prevent the injury to the public that would result in the absolute exclusion of Aboriginal people from lands held under pastoral lease”.

According to historian Henry Reynolds, the NSW Governor Gipps made measures to protect all persons, “to prevent violence upon and by Aborigines in the pastoral districts” (Reynolds & Dalziel, 1996). In 1855 the Imperial Land Acts were repealed and replaced by the New South Wales Constitution Act, which also brought the removal of any reference to Aboriginal people in Pastoral Leases. In my research I could not find further reference to Aboriginal people in government legislation until the 1993 Native Title Act that followed the 1992 Mabo decision.

The amendment is interesting because on one hand it’s an intervention against Frontier homicide. But on the other, it extended Imperial influence over the sort of interactions that Madame Crown wanted between Aboriginal people and settlers.

Historian Patrick Wolfe argues that the reshaping and subsumption of territory by the settlers are crucial characteristics of settler-colonialism. Turning Squatters into Pastoral Lease owners is a tactic that helps extend the boundaries of British settlement. According to Wolfe, “rather than something separate from or running counter to the colonial state […] the frontier rabble constitutes its principle means of expansion […] once the dust is settled, the irregular acts that took place have been regularised” (Wolfe, 2006).

Pastoral Leases mark the legalisation of squatting. It’s an insightful example of what settler-colonialism looks like, how it eats and breathes: Lawlessness authorised lawful. Madame Crown extending her colonial ownership, and simultaneously mediating Aboriginal-settler conflict to ultimately secure her power over the land. This is the scary prowess of settler-colonialism.

Traditionally the pastoral industry looked like Hugh Jackman droving cattle from point A to B, pretty much reliant on Indigenous knowledge of the land, as romanticised in Baz Lurman’s, Australia. Today Pastoral Leases make up 44% of the Australian continent and have been further extended beyond Pastoralism, to the Mining and Tourism industries.

In the first chapter of First Nation writer Bruce Pascoe’s 2014 book Dark Emu, we learn about the destruction of Yam Daisy [Myrnong] farming, due to European livestock. Once a prolific vegetable in the Indigenous agricultural economy, Pascoe writes about how the particular teeth of cattle allowed them to eat the growth right to the ground and their hooves. One of the most poignant passages from Dark Emu quotes an observation by Archaeologist David Frankel of, “numerous mounds with short spaces between each, and right angles to the ridge’s slope. It is conclusive evidence of the work of human hands extending over a series of years” (Pascoe, 2014). This is an observation of terracing practiced in Yam Daisy farming by Indigenous people. The consequences of such techniques are nothing less than sublime. The following passages describe earth flourishing with orchids, lilies and mosses among grain crop. So fertile that horses’ hooves would sink. In Dark Emu, Pascoe has gathered diary and notebook entries from the settler colonial period to create an archive that reveals a story of a landscape activated by a rich agricultural economy that connects directly to its wellbeing.We also learn about the devastating impacts of a humble hoof on the unique soil compositions of this landscape. Invasion is not an event, but an ongoing production and in this case performed in the theatre of a Pastoral Lease, the leading actors (cows and sheep), the executive producer (the Pastoralist) and the director (Madame Crown). Very quickly it becomes clear that 44% of Australia has probably been stamped out by dam pastoral feet. That ought to have changed the climate.

“Once the soil hardened, rains ran off the compacted surfaces, and rivers flooded higher than the Aboriginal people had ever seen. This created a new management problem for the soils of this district”

Settler-colonialism is a land-centred project. It works to eliminate Indigenous societies, in the presence or absence of formal states or nations (Wolfe, 2006). But it is not just in the state lines or boundaries that it exists. No, what distinguishes settler-colonialism from colonialism is the ability to go beyond exploiting and feeding off the host. It is beyond parasitic. It is the ability to reconstruct and rebuild the host for its own purposes.

What is the extent of the damage? How much has been transformed by Pastoral Leases, the industry it licenced and those god damn hooves it invited? Settler-colonialism has been stomped into the 44% of earth beneath our feet! An entire agricultural economy older than the annals of time, annihilated by cow teeth and feet!

Previous Space: The Next Frontier
Next In Communion with Calliope #7: In Memoriam of Omayra Sánchez