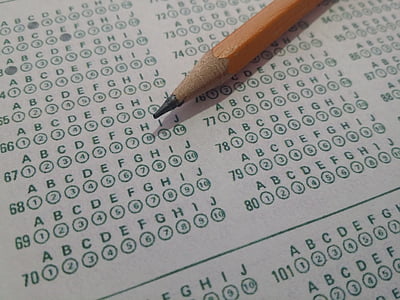 I delicately caress it. The flimsy piece of paper stares back at me as countless others are passed around.

This certificate of participation is awarded to Hayden Zoo.

My lips curl into a smile, a mixture of amusement and defeat. They couldn’t even spell my name right. Just as well; the person who’d typed my name cared about it as much as I did. Everyone in the class shuffles their ‘certificate’ around, scrunching them, ripping them, or finding other ways to make their mis-achievements obsolete.

But someone breaks that silent tradition. Someone held the paper unironically, clutching it in disbelief. A royal blue certificate glimmers in Sarah’s hands. “It was totally a fluke,” she gushes to no one in particular. High Distinctions are not flukes, and it’s clear that she knows this. I mean she had to, she was the one who had earnt it.

A gush of envy floods me. It crept up, silently and unbeknownst to me. Had anyone asked me, I would accuse them of blasphemy. How dare I be jealous? Of Sarah? Of a coloured piece of paper?  Guilt washes over me and subdues the envy for a minute. I did not have the right to be jealous, I rationalise to myself. I barely even tried for this test. This… I glance at the certificate in confusion… National Academic Excellence Test? I vaguely remember desks being separated and multiple choice grids being distributed for it.  Had I a gun to my head, I would not be able to tell you what the test involved. Had the certificate not carried the ghost of my name, I would be convinced I’d never sat this test. Had I not attended it, life would not change.

This certificate was proof. Proof that I had participated. An acknowledgement of my existence. Beyond that I was unnecessary. It had always felt strange, knowing that humans were a blip in the universe. It felt even more convoluted to imagine myself being a blip among those very humans. I eyed the black and white certificate before me. They couldn’t even bother to print it in colour…

I am an extra in my own life. I am the one to blame. I am the casting director after all, and even I had come to terms with my own worthlessness. People always wonder what the theme song to their biopic would be. Mine would be those free, generic songs you hear in the 2010 YouTube videos that somehow felt happy but were in the end soulless and unoriginal. The biopic wouldn’t even be about me though, no one would watch that. Not even me. It wouldn’t be a triumphant coming of age film or a revolutionary dystopian one. I don’t  know what parts of my life are worth reliving for a two minute trailer let alone a whole film. A daunting fear seizes me. I’d lived for sixteen  years, at least ten of them fully conscious, and I hadn’t lived two minutes worth retelling. I had no story.

Perhaps it could be argued that participating mattered, but I am no Hayden Zoo and I am worth colour printing for. The slithering envy morphed into resignation and hatred. There was something haunting about competing against everyone and realising I was just like them. My cheeks are flush with rage and self-pity. I pity the foolishness I had. Somehow I had fooled myself into thinking I was special. Maybe it was being a Hi-5 junkie growing up that made me believe that my individuality was all that mattered. Nothing was unique about a sixteen year old boy who binged Netflix and ‘participated’ through life.

Was I more than a background character in this shitshow? I stare at the gateway to my personal hell etched on my wrist. Those telling scars that threaten to cripple me. No. I am no more than the poster boy for every teenage cliche. No more or less than anyone who had participated. I am definitely no Sarah and I didn’t ever deserve to be.

A small tear escapes as I realise the class had long since moved past the anti-climactic award presentation and continued with our science lesson. My eyes failed to focus on the whiteboard. I couldn’t help myself. No matter how much I thought about it, I felt disgusted. In myself. In what I had become. In who I would always be. The participant. Broken. Destroyed. Self-destructed.

The bell echoes in my hollow brain as everyone begins their excited departure. My feet weigh heavy as I trudge out of the class. I was on my way to do my typical participant things; go home, eat, binge some Netflix, lose my nightly battle to insomnia, eventually come back to school ready to copy someone’s half-hearted homework before the bell inevitably rings. And repeat.

I was one participant among thousands. It didn’t seem to bother anyone else that we’d been compacted into a small and indiscernible collective deemed unextraordinary. That these certificates were more telling that our birth and death certificates ever could be. This is the value we had in society, presently and forever. I had the crumpled certificate and scars to match. Both badges of my expendability.

Before the unknown engulfed me whole, a fleeting hope kept me afloat.

Screw it, I thought. I’m going to participate the fuck out of life.