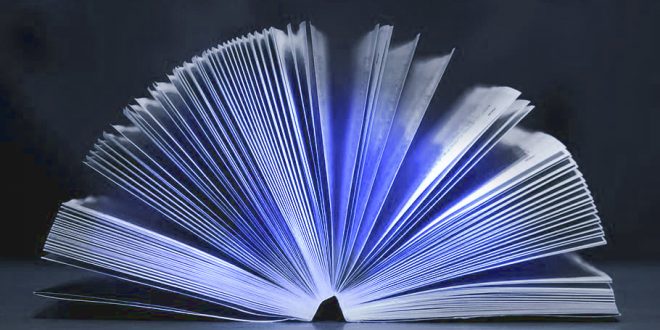 The truth was that for the first time in her life, our protagonist simply did not know where she was. Nor did she know the reason for her sudden departure from her world. There would now be a petite, protagonist shaped hole in the previous universe. Curious, very curious. After a minute of calculated deliberation, she decided it was not important because this was a novel, and if her creator designed for her an existence in an alternate realm, so be it. She hoped that this time, it wasn’t just any novel, but in fact hers. After almost five hundred pages of being the token side character with neither substance nor subplot, she had grown irritable at her own triviality.

She found herself seated in an unadorned room, hands neatly clasped on her lap. As if celebrating some unknown kaleidoscopic affair, the ceiling seemed alive, fluttering with all the sapphire iridescence of the sea, morphing the space into a glistening underwater mirage.

The abrupt noise startled her terribly, causing her to spring up from her seat and hastily scan the room.

A great ivory coloured door had conspicuously opened up a little way away from her, and standing beside it was notably the most impressive man she had ever seen, wearing a broad smile, sparkling champagne in hand. If she did not know any better, she would assume that he was born into an estate of tremendous wealth, but she did. What she did not know, however, was why this man, Jay Gatsby, charlatan and pauper in fine silks, came to be out of all places, written into the same novel as her, especially when he was first written almost a century before her. Brows furrowed into a frown, she looked up at the ‘ceiling’ as though searching for someone, and wondered what the hell her creator was plotting.

The interval of silence stretched on while they studied each other. Literary seconds were beating by. A single golden butterfly fluttered to a rest on the rim of his champagne glass.

He finally broke the silence, breaking into a good natured smile and extending his unoccupied hand. “Ah, welcome old sport, don’t mind the wait, it’s been a long day. I’m presuming you have many questions.”

She didn’t see how another literary construction could possibly answer her queries or measure clockwork time in this freshly fabricated world, but she shook his hand nonetheless.

“I’d be concerned if you didn’t.” Gatsby released her hand and turned the pearly doorknob behind him, opening the door wider. “Even the most knowledgeable personas need a thorough briefing.” He gestured for her to go through first. “After you, old sport.”

She obliged, and followed him into a room, which, besides from a pompously carved table and two mahogany chairs, was identical to the one she had spent the last, well, she didn’t know how much time.

“So,” he began once they had settled comfortably into the chairs, “I might be known to you as Jay Gatsby, from The Great Gatsby.”

“Ah, so would it be accurate to assume” – he reached into a drawer and plucked a cigar, not offering her one – “that you are aware that you and I are but mere literary constructions birthed from the imagination and intellect of a composer?”

He waved his hand at her across the table dismissively. “Ah, no need for formalities, it’s ‘Gatsby’ for you, old sport.” He lit the cigar and brought it to his lips, liquid eyes piercing into her. “Thus, you believe that each course of action we take and each thought we have are consequently birthed from these composers?”

She thought about this carefully. “Would it be wrong to believe this?”

“Yes, somewhat. Let me explain. We are indeed simply products of imagination and intellect, and therefore, in usual circumstances, our actions from the time of our initial conception to the completion of our persona, are indeed wholly controlled by our composer. However, that is not to say that our thoughts and inner desires are wholeheartedly the product of such composer.” He lowered his cigar, smoke curling into tendrils around him. “The composer does not account for our capacity as literary characters. We are created by them and utilised by them in their works, and while this is occurring, we are for the most part under their command, but, as many presume, the process does not simply halt there. Our personas continue to develop and expand, completely of our own accord, separately, especially after our composers have departed from us. Are we keeping up, old sport?”

“We are,” she replied. “But I don’t understand why this conversation is happening, nor do I understand what my function in this world is.”

He studied her for a second. “The voice that resides in your head, the one that sometimes does not entirely feel like your own, that would be the composer. In this world, that voice does not exist.”

She gave him a quizzical look.

He nodded understandingly. “I don’t blame the confusion, old sport, took me a while to fully comprehend it myself. This world is where literary characters reside after their composer has exhausted the character to their fancy. This is not simply a world that is created by another composer, this is the world, the only world that a composer is not able to access. We”- he gestured to her – “live on after the piece of work we are featured in has been completed. This is the world we inhabit, exclusively our world. Once our potential as characters is exhausted and the story our composers create for us has been told, we reach this world, which more or less best mirrors the world we wish to reside in, as a chance to live out our own stories as the people, or, well, characters, we truly are. Especially in your case, you are not a function any longer; you are the protagonist of your own story, and you don’t serve to enhance another.”

She paused before tentatively asking, “Does that mean I’m free?”

“Well yes, that’s certainly one way to describe it. Many folks share that stance, and I understand why you especially would. When Heathcliff arrived he was relieved beyond words, poor chap, now that’s certainly a case where the composer has not done the character justice.”

“Are there assigned places here for each of us?” She wondered if there would be one for her, and if she would be forced to accept it as her home.

“Glad you mentioned that old sport, there are specific sub-worlds yes, but where you live for the rest of literary eternity is up to you. There doesn’t even need to be a definite choice, some of us decide to spend our days traveling through each world before settling into a home, and many of us never do. Take Heathcliff, he has chosen to reside rather traditionally in his characterisation trope, Sub-world 004 of the Byronic hero, although I daresay that his growing fondness of Mr. Darcy may very well be the cause of that.”

He paused, bringing the cigar to his lips and taking in a satisfied breath before continuing. “You have your own agency here, what you do with it is up to you. Besides, yours is a different case entirely. I’m pleased to say that there isn’t a sub-world for token characters, but this is mostly just because we have yet to receive individuals who wish to trivialise their own existence by validating the ignorance of their composer’s experimental attempt at equality. ”

Her attention on Gatsby faltered, emotions greedily bidding for space in her heart. He had not caught sight of the delirious glint in her eye when he told her that now her existence and deeds were just that: hers.

For the first time since her arrival, she felt solace settle into her bones. Finally, finally, there was nothing holding her back. All those pages playing the chirpy background sidekick to the white, heterosexual, cisgender hero would pay off, if she could make it worth her while now. Her life now held a shape and size. She felt its agency saturating her bloodstream, writhing underneath her skin, puckering her flesh. Wild.

She knew who she truly was, without a higher power tucking her into a neat corner of conformity. A villain. The villain. And she was going to be the best literary villain any world had ever seen.