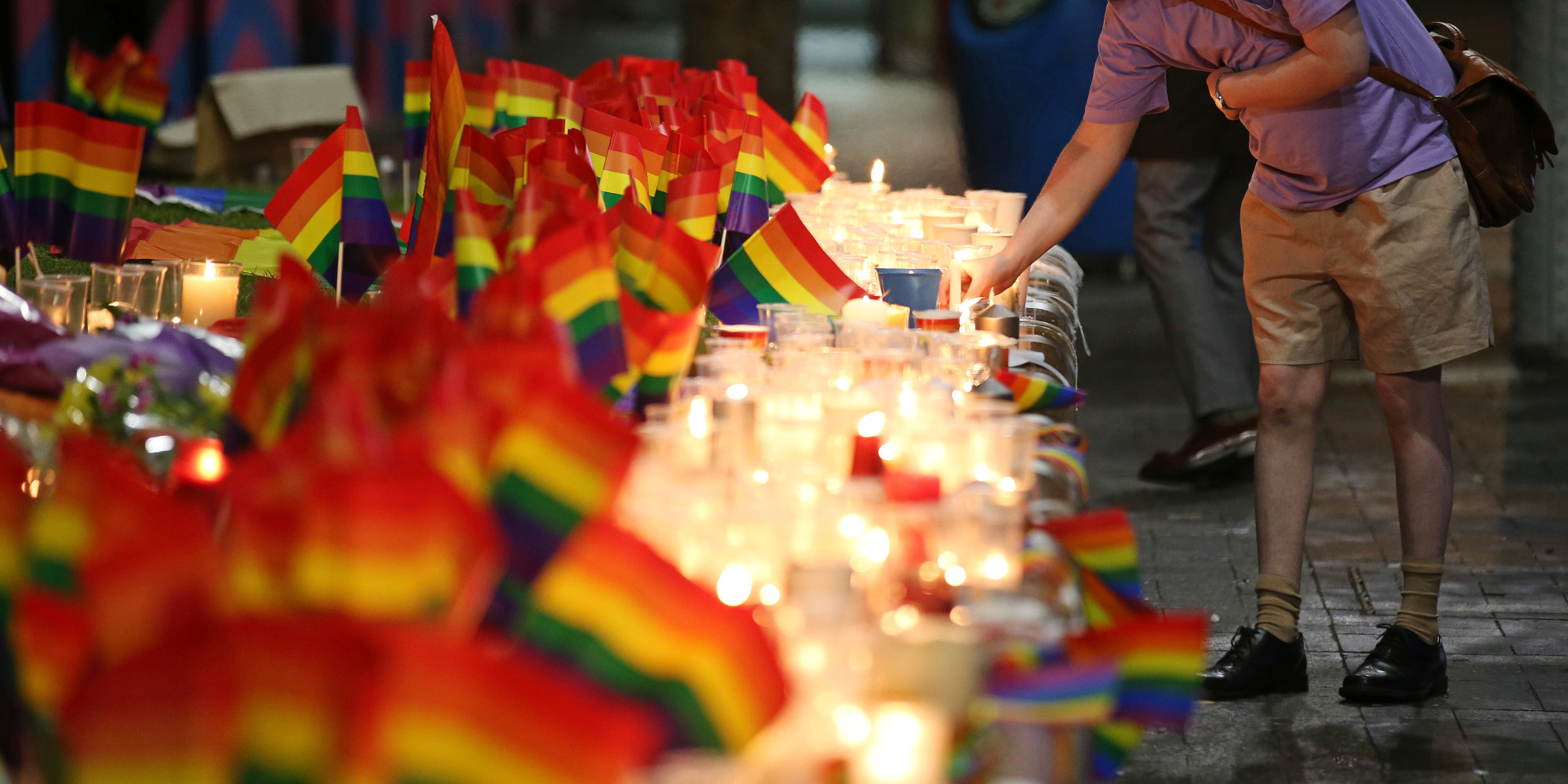 A man looks over an impromptu candle-lit memorial set up in Sydney, Monday, June 13, 2016, following the Florida mass shooting at the Pulse Orlando nightclub where police say a gunman wielding an assault-type rifle opened fire, killing at least 50 people and wounding dozens. Australian Prime Minister Malcolm Turnbull said that the Orlando mass shooting was "an attack on all of us — on all our freedoms, the freedom to gather together, to celebrate, to share time with friends." (AP Photo/Rick Rycroft)

AFTER ORLANDO, WE DON’T WANT YOUR ISLAMOPHOBIA

In June this year, 49 members and friends of the queer community were murdered in the hazy chaos of the Pulse nightclub. Of the 50 more injured, their wounds were deepened as they were outed one by one; dragged from one of the only safe spaces the queer community still has—our nightclubs—their phones abuzz with calls from desperate family members.

The deadliest attack on queer people since the Holocaust had unfolded in America. Yet Donald Trump, who bewilderingly remains within the realm of winning the Presidency, took to Twitter to congratulate himself. Not the heroes of the community, not the community’s resilience or those offering up love, shelter and (for those who could donate) blood in the aftermath, but himself.

“Appreciate the congrats for being right on radical Islamic terrorism… I don’t want congrats, I want toughness & vigilance,” he wrote.

The calls for a moratorium on Muslims entering the US (parroted by Pauline Hanson in Australia) were echoed and amplified, with a new twist. This time, not only was a xenophobic and ineffective policy being aired as a legitimate concept, but it was now being peddled under the pretence of protecting queer lives.

In the face of new information that showed the Orlando killer had deeply internalised homophobia—being a frequent patron of Pulse nightclub and likely struggling with his own sexuality—there were no leaders declaring a war on masculinity.

There were no leaders aiming to take down the scourge of toxic norms that encourage queer men and women to lock themselves in closets and out of bathrooms, until they are dragged out into the sunlight by gun-toting conservatives.

There were no leaders telling us that the problem starts with a systematically patriarchal society, that encourages men to embrace “toughness” and “vigilance”. It’s a society that would rather conclude the massacre happened simply because the gunman was a Muslim, rather than looking inwards and understanding how we helped create the problem. It’s a society that assures us not all men are rapists, evil and homophobic; but all muslims are dangerous, sinister, and different.

In the light of Orlando, it is simply lazy to characterise the queer community as accomplished once same-sex marriage is passed. Every fight in the queer community is critical no matter how seemingly insignificant it sounds in the grand scheme of dismantling homophobia.

It matters that schools remain safe—that the program that simply tells people that trans kids are kids too—remains funded, fair and accessible. It matters that gay men should be able to donate blood when their brothers are lying on the ground and when politicians are lying at the lectern about who our “real enemy” is. It matters that our nightclubs remain open, that Mardi Gras remains loud, and we remain proud.

The “grand scheme” of homophobia is only taken down brick by brick, and the self-loathing that may have motivated the killer in Orlando will continue if our society tolerates politicians diminishing our existence on a day-to-day basis, yet mobilising our grief during election time.

The queer community, however, has often seen advancement in the face of adversity. The AIDS crisis that tore our community apart launched one of the most powerful political campaigns the developed world has ever seen. And now, we too must remain vigilant, proud and uncompromising in the face of Orlando.

The point of the queer pride movement is that difference is an amazing thing, and we are stronger together when we celebrate it. So when the politicians hand out despair in their pamphlets, I’m not going to buy into the facile characterisation of the Muslim enemy and ignore the fact that Muslim people form an important part of our community.

Reducing ourselves to Islamophobia in the face of attack is the antithesis of what we stood for at Stonewall, and we must see through the sleight of hand that has attempted to turn our oppressor into our protector.

Share
Previous LGBTI Rights Campaigning Around the World: Then and Now
Next AUSTRALIA’S INEGALITARIAN EDUCATION SYSTEM: REVIEWING THE GONSKI REVIEW