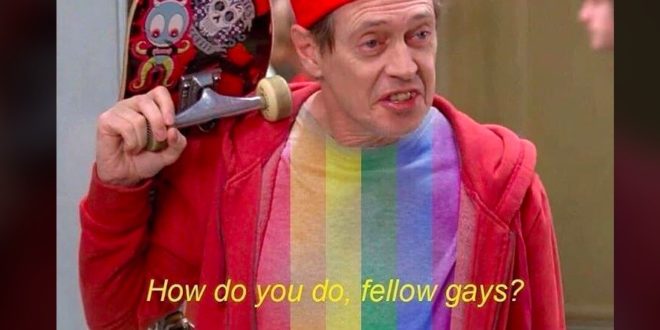 Although corporations do literally nothing for Queer people (often times actively perpetuating harm), every year at the start of June they come out of the closet to ‘celebrate’ Pride.

Pride month is a time of year (at least on paper) where we focus on many issues facing LGBTQIA+ people, celebrate queerness, and endure shameless corporate pandering as companies try to swindle dollars from the Queer community.

Now that July has rolled along and companies have switched their logos back, disappearing from Queer spaces just as quickly as they arrived (not that they were ever really there in the first place), we can take some time and look at the most embarrassing attempts of corporate “allyship”.

Amazon, Walmart, and McDonald’s are notable examples of companies that have “celebrated” Pride by marketing rainbow themed merchandise, vocally expressing solidarity, and best of all, continuing to support policies and politicians that actively harm the Queer community. It’s infuriating to see corporations perform allyship by wearing colourful logos and plastering rainbows over all their products while they actively continue to support those who perpetuate Queer discrimination. More enraging is knowing that even though corporations have the power to influence policy making (usually using it to lobby against business restrictions), they’ve been silent in the face of the avalanche of anti-trans bills introduced to the US this year.

Despite Queer people calling them out for their hypocrisy year after year, companies continue to insert themselves into a month that is explicitly not for them.

One of my favourite examples of two-faced pandering last month was Disney’s attempts to erase their homophobic past. Disney has a history of Queer-coding its villains, mandating Queer characters out of its media, minimising Queer roles when they do show up (so they can be cut for distribution in homophobic countries), queerbaiting audiences, and making their protagonists as cis-het as possible. All in an attempt to pander towards particular audiences while remaining “family friendly”, inoffensive, and most importantly, as marketable as possible.

So, it’s quite jarring when Disney tweets out that there is “room for everyone under the rainbow” alongside an image of Disney’s most beloved, not gay whatsoever, characters walking all over the Pride flag.

Alex Hirsch, the creator of Gravity Falls, having had Queer content censored by Disney on his show, sums up their hypocrisy perfectly, tweeting:

To any creative at Disney TV, Feature, Publishing or Streaming: please mercilessly spam your execs with “there’s room for everyone under the rainbow” next time they tell you to “please revise” your LGBTQ+ character for “not being Disney appropriate”

Although we have had improvements to Queer representation by Disney through The Owl House, with the protagonist Luz Noceda being bisexual and her love interest Amity Blight being lesbian, it’s unsurprising to learn that the creator Dana Terrace had to fight for their inclusion.

But this year, no one beats Warner Bros.,which is ironic because they’re the ones incentivising you to do the beating.

Warner Bros.’ Love Conquers All event for their mobile fighting game, Injustice 2, features Poison Ivy, one of the most famous Queer characters in mainstream comics. It tasks players with taking her down. The more times Ivy is defeated the more rewards all players receive.

Putting it simply, Warner Bros. is celebrating Pride by encouraging their entire player base to play the fun game of ‘beat this fictional lesbian until she stops fighting back’!

Nothing says “I’m an ally” like enthusiastically endorsing the brutal beating of a Queer woman.

At no point did anyone on the executive team question whether beating a Queer character over and over again was a good way of celebrating Pride. It speaks volumes about just how little care, consideration, or even basic respect goes into the half-arsed, entirely tokenistic shows of ’support’ we get from corporations.

By centring this event around the brutalisation of a bisexual woman, Warner Bros. is grossly ignorant of the personal and systemic violence faced by Queer people on a constant and daily basis.

And importantly, gay people being beaten up because they’re gay is not the celebration of Pride that Warner Bros. thinks it is. It’s a real fucking problem. It’s absolutely clear that whoever was in charge of this event didn’t know a thing about LGBTQIA+ issues.

In the aftermath of the event, Injustice 2 Mobile tweeted your stock standard apology.

I’m sure this literal JPEG is a sign that they are committed to “listening and doing better,” something that corporations have consistently and historically rarely ever done.

Although Disney and Warner Bros. may have been the most egregious offenders in trying to muscle in on Pride, they’re far from the only ones. It’s cold comfort to know that Pride has become ’trendy’. On one hand, LGBTQIA+ people being accepted and celebrated in public spheres is great. But, purely decorative and tokenistic gestures towards the Queer community that may have been good enough a decade ago, aren’t satisfactory now. If corporations really want to be allies they need more than a Twitter rainbow logo. Queer people are asking for corporations to improve working conditions, produce meaningful representation in their media, and just not support groups that actively harm the LGBTQIA+ community.

But, as long as those things hurt the bottom line, don’t expect to see meaningful change soon.

Share
Previous Who is Amelia? The mysterious case of the UNSW Discussion Group ‘catfish’
Next UNSW announces classes will remain online until the end of term