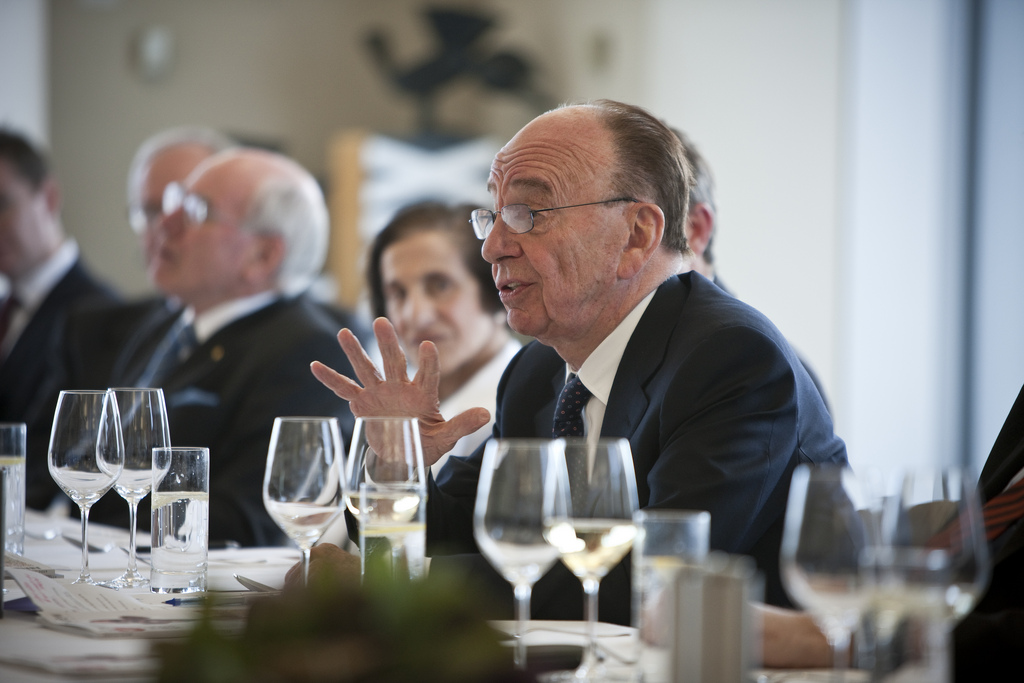 Tumblr and blog accounts of late have featured a parody cover of the Sydney Morning Herald, in reaction to Gina Rinehart’s increased ownership of Fairfax Media.

The online masthead of the Sydney Mining Herald shouts “Perth: Australia’s Real Capital,” the featured visual image has Miranda Kerr on the catwalk wearing coal, and other headlines include “The ABC has too many facts” and a seminary from Andrew Bolt, “Why Right is Right, and Why Get Up are Muslims.”

While clearly facetious, the Sydney Mining Herald reflects the increasing consternation amongst many political and academic actors about the state of Australian journalism. Apparently fraught by homogeneity and lacking depth in investigative journalism, criticism has ranged across the political spectrum from Rinehart herself on the right to Robert Manne and Wendy Bacon on the left; and on treatment of issues as diverse as climate change and the relevance of Julia Gillard’s gender to her leadership.

But is such criticism warranted? How does the ‘battle’ between mainstream and alternative media shape up in 2012? How can we best engage with our media sources, given the obvious and profound impact media holds on both political processes and our political perceptions?

In 2012, in many ways the Australian media environment is bleak. News Limited commands 70% of the national newspaper market with Fairfax representing the bulk of the remainder. Within News Limited, the Australian sets the tone for the rest of the country’s press through comprising up to half the members of the Canberra Press Gallery while tabloid papers such as The Daily Telegraph, through partisan and at times ad hominem editorialising, have shifted public opinion on key political issues such as climate change and the immigration detention system.

Finally the publically funded ABC increasingly suffers from poor resource allocation and the cultural variety guaranteed by SBS has been compromised through its increasingly commercial tone in a user pays market. Given that the representation of diverse political opinions stimulates dialogue and increased social consciousness, these problems within the formal media landscape are spanners in the cogs of a strongly functioning democracy. Although these problems exist in Australia’s contemporary media, it’s capacity to reach and impact positively on our political processes through innovation nonetheless remains pronounced. Dr. Mark Rolfe is a lecturer in politics at the University of New South Wales and researcher of political propaganda and rhetoric. For Dr. Rolfe, although traditional media sources remain strong, the dichotomy between ‘mainstream’ and ‘alternative’ forms of media is both questionable and malleable.

“What we’re seeing is more a convergence…of major newspapers and other forms of media with some of the alternatives, like Julian Assange and Wikileaks co-operating with major media outlets like The New York Times, Der Spiegel and The Guardian… like Get Up co-operating as well with major organisations like The Sydney Morning Herald,” he told Tharunka.

The expansiveness of the online media world has represented both a potential for growth in traditional media, but also a threat to its historically strong political impact as diversity fosters greater critical engagement and selection of media amongst consumers.

Dr. Rolfe argues that the online world is “a more precarious economic model with the online world for the major media organisations than simplistic ideas of major corporations propaganising us. “To properly convey the complexity of online media campaigns, we need to acknowledge the political momentum generated in favour of the Arab Spring by social networking sites on the left as much as the growth of the climate change denialist community on the right in recent years”.

Another factor counterbalancing the broad control of Australia’s formal media by News Limited and Fairfax is the capacity for ad hoc or specialised responses to major political challenges. While the recent SOPA proposal in the United States was propelled by the conservative business community, Dr. Rolfe argues that a key factor behind changing Obama’s mind was the rapid fire response of groups such as Wikipedia and Google in communicating the potential consequences of the proposed legislation to internet users.

Similarly in Australia “it’s very fluid… where you have these organisations that respond quickly to events, to political opportunities.” In Australia both the New Matilda and the Global Mail were established in recent years to respond to the gap which has developed in the Australian press in terms of longer, more investigative style journalism. The latter, launched in February 2012, disavows advertising and shareholders influencing its content and aims to have app-based functions in an effort to maximise its appeal to information-age readers.

Lastly, beyond the formal media our formal political processes are influenced by those very dynamics we ourselves create: through our blogs, our conversations and our actions. This develops in us a reflexivity which allows us to engage more constructively with the media when we do choose to do so.

Contemporary media dynamics hold many parallels with broader social and technological developments. In a world characterised by fluidity, globalisation and diffuse or uncertain or abusive power relations, the capacity for us to create our own media and social dynamics and in turn actualise our own political realities is something to cherish.

Not only does this mean we can disengage with media commentaries we find oppressive, be they written by Alan Jones, David Marr or Janet Albrechsten, but we can cultivate the culture of engagement and proactivity necessary for democracy to flourish.