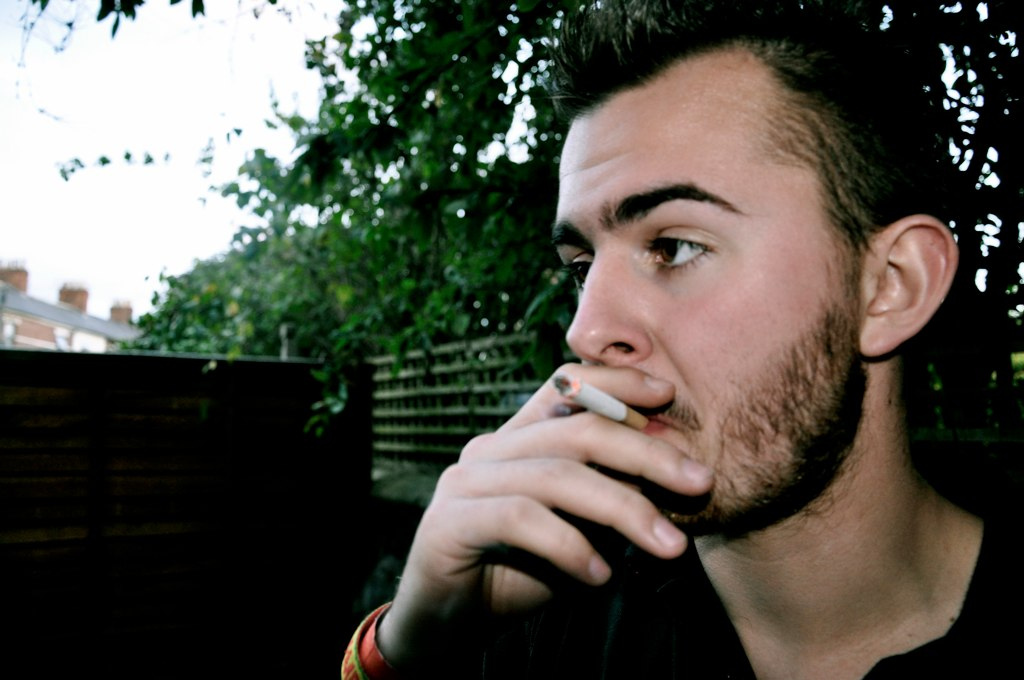 Opinion: In Defence Of Smoking (By A Non-Smoker)

Let’s start with the facts: I don’t like cigarette smoking, at all, really. A product of all that wonderful anti-nicotine campaigning during my school years, at age six I once informed by mother (in a loud, carrying voice) that the cigarette-smoking people in the cafe we passed ‘were going to DIE!’

I know the facts, as much as any of us – cigarettes are patently bad for you, and worse still, bad for those around you. Lung or throat cancer is a nasty way to go, as is heart disease, and certainly an unfair way to go if you’ve never lit up a day in your life (but those around you did).

In short, I think cigarette smoking is pretty shit.

But consider this – so what?

In a university environment such as ours, I can assume that 90-95% or smokers, even 100% of them, know that what they are doing is harming them, perhaps irreparably. That means telling people not to smoke because of its health risks will surely strike them as old news. They are adults – they’ve made an adult choice to do something they know is bad for them, but they enjoy it, so they’re gonna do it anyway. Whatever the consequences for them, they have made a choice.

My first point as a non-smoker is this – I respect your choice to smoke. Full stop.

And yet, this leaves an obvious question for the non-smoker: what are my choices and rights as someone trying to avoid second-hand smoke?

Ah, that nasty trail of tobacco smoke invading your nostrils and your lungs each morning on Uniwalk… Passive smoking, or second-hand smoking, is still a big risk in a tobacco-tolerating society. According to the Australian Bureau of Statistics, in a report on Tobacco Smoking in 2004-2005, the breathing in of tobacco smoke by non-smokers can lead to harmful health effects in unborn children, and middle ear infections and bronchitis, pneumonia, asthma and other chest conditions in children. It is also linked to sudden infant death syndrome (SIDS). In adults, passive smoking can increase the risk of heart disease, lung cancer and other chronic lung diseases.

Nevertheless we are left with a moral quandary – if we respect the rights of smokers to do what they will, we must also respect the right of non-smokers to be free from the harmful side effects of the smoking of others. This is where the idea of designated smoking areas gives us our compromise – a place where people can practice their tobacco consumption, and those who want to avoid their noxious fumes can ambulate elsewhere without risk of passive smoking. As of recent weeks, UNSW has declared its intentions to create such areas on campus. These designated smoking areas will begin from this July. To my mind, it’s just like any other voluntary activities practiced by people on campus, which for various reasons demand their own space to be practiced. Like Unibar and the Whitehouse for drinking, the Physics Lawn for fire-twirling with CircusSoc, and even the prayer rooms for the religiously devout, these are locations on-campus for activities that people have a right to pursue.

My second point as a non-smoker is this – as long as you smoke away from me, so I don’t have to be hurt by your choices, then go for your life!

But here is where things get complicated – cigarette smoking is no longer viewed as a lifestyle choice in this country. Anti-smoking policies in Australia have moved away from the simple edict of helping people make a healthy, informed decision, and have entered the realm of heavy-handed protectionism by the state.

Over the past 30 years, various governments around the world have debated the introduction of ‘plain packaging’ for cigarettes, in a bid to reduce tobacco consumption. This means that said packets would come without any branding whatsoever, merely stating the name and variant of the cigarette brand, alongside anti-smoking health warnings and other legally-required toxin information. This would even include standardising the colour of the packets. Australia will become the first country to implement plain packaging laws from December this year.

The legitimisation of these harsh measures is that plain packaging will reduce the rate of smoking across the country, especially among young people. And yet, this policy is logically and logistically flawed on so many levels, it’s hard to know where to begin.

Firstly, plain packaging seems based on the idea that the appearance of tobacco products continues to contribute to smoking rates. However, if the packaging on cigarettes is so mentally-manipulating, as this would infer, then why is it that the graphic images of sick children and mutilated body parts (which government legislation currently enforces on all packets as a health warning) haven’t sent every smoker running for the hills? Frankly, this is because they have made (and I’ll stress it again) an adult decision to smoke, despite the health risks. Yes, it did deter a lot of people from smoking, seeing the consequences of their actions. And good for them, too – they made a better informed choice.

Yet the assumption remains that, despite the addition of visually-detestable images, the packaging on cigarettes is still drawing in the punters. While it is hard to define exactly why this is, governments remain particularly concerned with the dangers of cigarettes appealing to young people (who are apparently unconsciously lured in by the bright colours and snappy logos, to their untimely doom – but then, let’s put my cynicism to one side).

This is the perennial anti-smoking argument: ‘What about under-age smoking? What about those who are already addicted, say, from a young age – shouldn’t we ban this stuff to save them early on?’

Honestly, does ‘banning’ work well on under-age drinking, and illegal drug use? We do of course have laws about this stuff, but like all laws that apply to intoxicating substances, you cannot remove the appeal entirely. Especially not by solely removing an advertising avenue from that product – where’s the adverts drawing in young people to pingers and dope? They seem to be doing those anyway.

Nor can you remove the possibility of underhanded or illegal acquisition of these substances. Can you imagine police devoting their time to catching illegal tobacco growers around the country? It would be the prohibition years all over again. Essentially, kids will unfortunately be kids. Most have been tempted once, and may or may not have continued into adult life with their choices. It’s the choices they make later, and the help they receive later in life, that should be the primary concern for the non-smoker. By all means, we should try to stop kids smoking (remember those laws I mentioned?), but using youthful experimenting to legislate for smoking adults is wrong.

Plain packaging laws begin to look like Nanny State-ism, in this light. We expect our governments to legislate against every possible harm people could do to others, which is a tough task. But to legislate against any harm people can do to themselves? If we can’t trust people not to be so easily won over by product advertising and packaging, no matter how much we limit it, then how little adult responsibility do we give ourselves?

It begs the question of what other restrictions should be placed upon adults, if we judge ourselves unable to make mature, conscious health decisions. Consider skin cancer – will we enforce the wearing of hats, sunblock, t-shirts and other paraphernalia on every adult? Better to inform them, and trust them to make their own decisions, we say in this case. Heaven forbid that we should exercise plain-packaging laws on alcohol – the cause of more social, economical, and health-related problems in Australian society than almost anything else. Further, cars kill more people annually than many other preventable causes; thus, we legislate to protect people from themselves and from others on the road. But do we ban car ads, or demand car-brand homogeneity, or restrict action heroes to driving at the speed limit in films, so as not to incite us to mimic them?

As another consideration, plain packaging laws further place our health decision-making in the hands of parliament and the legislature – bodies we constantly criticise for ineptitude, ignorance and down-right corruption.

Allowing the government to legislate against any form of advertising on cigarette packets is going too far down the road of paternalistic rule. Having the state control our actions, where we should be allowed to exercise our own discretion, seems fundamentally wrong. Sure, we stop smokers from smoking in many places; we make smoking socially unappealing, preventing people being drawn in solely by peer interest; we have endless strategies and programs to aid smokers in quitting, if they are addicted and need help. But you’ve gotta know when to say enough is enough.

So my final point is this – as a non-smoker, in the nicest possible way, you need to know when to shut up. Smokers (and even those great demons, cigarette companies) have rights too, and we should respect them as informed, adult decisions.

Do what you please, so long as it doesn’t harm me, is a rule that I try to apply to smokers, as a non-smoker. In fact, it’s a rule we should try to apply to more things in life. Butt out.