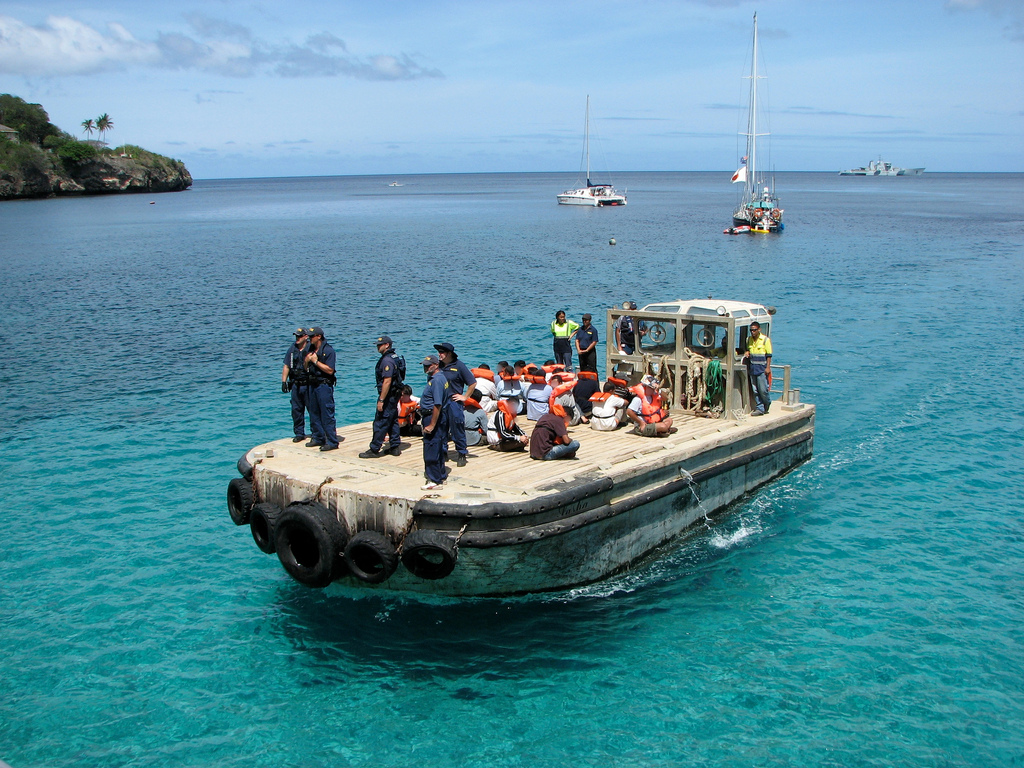 Immigration Minister Scott Morrison has implored the resounding success of Operation Sovereign Borders. Mr Morrison informed Tharunka that the joint operation between the Australian Defence Force and Border Patrol had managed to far exceed his initial expectations upon coming into office.

“I thought realistically that two or three territorial breaches into Indonesian waters would be a fantastic outcome for our first few months,” Mr Morrison said. “But to the credit of both the Defence Force and Border Patrol who are working in unity, we have achieved six breaches in just over the first three months of 2014.”

These breaches, combined with further boat arrivals, have provided a needed boost for the Coalition government in opinion polls.

Minister Morrison hopes that such positive early results are indicative of a continued upward trend. One analyst from the Department of Immigration noted he expected further breaches to occur, coinciding with the federal government’s introduction of a new $150 million fleet of the highly popular bulbous orange lifeboats, or “Vomit Barrels” as they are commonly known.

The numbers of individuals seeking asylum are also expected to rise as peak season approaches, with many asylum seekers flocking to Australia over winter to capitalise upon the cooler climate and the possibility of gaining tickets on Clive Palmer’s Titanic II.

Staff at Manus Island in Papua New Guinea are also busy preparing for the sudden influx of visitors. Considerable renovations have been undertaken to accommodate the sudden increases. This year’s theme, as popularly voted by the Australian public, is aptly titled “Limbo zone”. Reg Mombassa, the creative director behind Sydney’s New Year’s Eve celebrations, specifically designed the tents for the Island. “Although I actually haven’t spoken to any asylum seekers, I feel the people coming really want that authentic refugee experience. I’ve kept that in mind and really tried to maximise upon it. Dank heat, malaria and crippling dehydration were my inspiration,” noted Mombassa.

It is believed many asylum seekers are thrilled and excited with the prospect of the high quality of life offered on Manus Island. Locals report some are even refusing government attempts to assimilate them into Australia.

“I don’t understand why anyone would wish to leave Papua New Guinea,” said one refugee. “The staff at G4S and the residents of PNG are so helpful – they are making our visit so wonderful.” Another added, “My uncle often talks fondly of the Pacific Solution and I’m glad I can say I have been able to experience something similar in my life as well!”

A Department of Immigration spokesperson noted, however, that despite calls by members of the public for greater numbers of offshore processing centres, no asylum seekers would be permanently settled at Manus Island. “Those that wish to skip the queue and travel without a valid visa will have to accept reality; if you come to Manus by boat, we will tow you back to the Australian mainland,” the spokesperson outlined.

The Department of Immigration announcement also coincided with the release of a graphic novel designed to deter future asylum seekers from coming to Manus Island. In a joint press conference with Mr Morrison, Prime Minister Tony Abbott said he agreed with his minister’s sentiments, adding, “It’s all about the boats, we have to stop the boats. Yes, that’s right – the boats.”