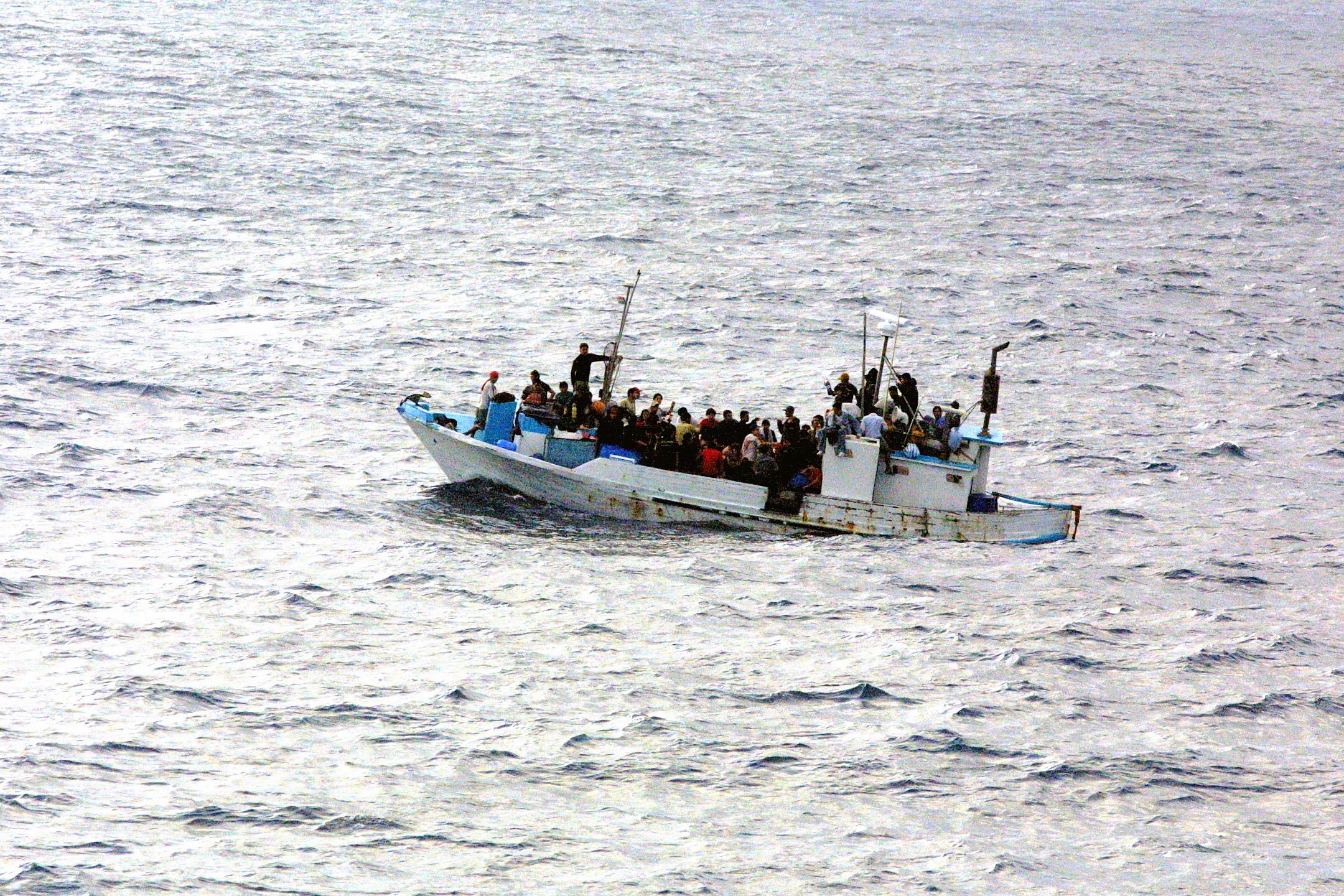 At the Paris Peace Conference in 1919, the Japanese delegation proposed that the League of Nations adopt a racial equality provision in its charter. The most resounding objection came from Australian Prime Minister Billy Hughes, who recognised that such a provision would have implications for the White Australia Policy. His lobbying, particularly of the British, was instrumental in ensuring that the provision was dropped.

At that point in its history, Australia was undoubtedly an institutionally racist country. It is not even possible to use the weak excuse that its position was historically acceptable, conforming to the attitudes of the day – the majority of nations present at the conference voted in favour of the Japanese proposal. From 1949, the White Australia Policy was systematically dismantled, and in 1975 the Whitlam Labor government abolished the last vestiges of race-based immigration law from Australia.

It is tempting to think that racial ploys in Australian politics ended at that moment. But in 2014, such a view cannot be sustained.

It’s the week before the 2013 Federal Election and I’m walking along Coogee Bay Road. On every street light there is a poster with the beaming face of a would-be representative accompanied by a two-word slogan. The most prevalent faces are those of Michael Feneley, Liberal candidate, and Matt Thistlethwaite, Labor candidate.  There is the occasional Greens poster or one for Palmer United, but the good people of Kingsford Smith are not prone to radicalism.

Vote Feneley. Better Schools. Vote Thistlethwaite. Better hospitals. Then I come across one that makes me laugh out loud: Vote Feneley. Stronger Borders. The Division of Kingsford Smith does, I agree, have pretty weak security and I would go so far as to profess my sincere ignorance as to where the borders lie. But I’m not sure the polity is advocating a wall along Southern Cross Drive to clear up the uncertainty.

But this is, of course, disingenuous. The promise that Mr Feneley is making is that he will be a member of a Liberal caucus that will crack down on “illegal” boat arrivals. The idea that this will have any practical effect on the residents of Coogee, Randwick, Maroubra, Mascot, Botany, Malabar or Kensington is, however (in my case, literally), laughable.

The only explanation for Mr Feneley’s placard is that racial politics survived beyond 1975. The Whitlam government embraced multiculturalism and this position was backed by the subsequent Fraser Liberal government. There was lingering community disquiet, however, and immigration access was gradually reduced. Paul Keating’s government introduced mandatory detention for asylum seekers.

However, for all of this time, the political capital of playing politics with refugees was left largely unexploited. All it was going to take was a desperate politician with a match; the public would provide the kerosene. Enter John Winston Howard.

For Howard, Australia’s golden age had been the parochial conservatism of the Menzies years. Multiculturalism was antithetical to this blissful utopia of the nuclear family and the profitable small business. In fact, his ideal world permitted no form of plurality at all. Menzies’s attempts to ban the Communist Party are embarrassing for the breed of contemporary conservative politician who wishes to portray the post-war Liberal party as a master-class in traditional, common-sense, small government. It also serves as a reminder of the intolerance the benevolent guardians of this idyllic world have for troublemakers.

In 2001, when John Howard denied Tampa permission to enter Australian waters, Australia’s subliminal racism was spectacularly ignited. At the Liberal Party election campaign launch, Howard shouted, “We will decide who comes to this country and the circumstances in which they come,” with all the impotent fury of a geriatric shouting at children on his lawn. The whole imbroglio should have made the government look extremely silly. They started a diplomatic row with Norway and accused desperate refugees of threatening to throw their children overboard – a claim a subsequent Senate inquiry revealed the government had known was untrue.

The fight over refugees has made Australia do some outrageous things since as well. The mainland of Australia has been excised from the Migration Zone, the Malaysia solution ended in fiasco and Papua New Guinea was paid to take our asylum seekers for us, the good Pacific neighbours that they are. The only thing which seems inexcusable is allowing refugees to enter the country.

We have arrived, then, at Operation Sovereign Borders. A confusing name, because borders by their very nature are shared between two districts. Still, Scott Morrison insists sovereign borders we shall have, although he refuses to say what they are or how will we get them or what is going on in their vicinity.

The question of national sovereignty is a façade. Phillip Adams has written about the racial elements inherent in Australian refugee policy, and it is clear that the government’s overwhelming preoccupation is ensuring the right kind of people settle in Australia. Marginal electorates demand nothing less. Impoverished refugees from war-torn countries are precisely the wrong kind of people. They take our jobs, they don’t assimilate, they threaten our way of life (a nebulous concept that encompasses beaches and barbecues). This view, enshrined in our political process, is hardly less sophisticated than our racist immigration policies from 1919. Hardly less racist.

From my idle hours spent reading comments on news articles and social media, the thing that has distressed me most is that people who support these policies know they are inhumane. They know that they demonise vulnerable people. They ask: “But what are you leftist do-gooders going to do?” Leaving aside for a moment the question of what kind of society uses a propensity to do good as an invective, the point is a fair one. It is easy to criticise the government for its lack of humanity. It is hard to provide answers.

There is another way, though. The Greens are constantly consigned to the political loony bin until it is necessary for one of the major parties to use their Senate voting bloc. But their policies are worthy of consideration. The Greens recommend increasing our humanitarian intake from 20,000 to 30,000 and funding refugee processing and accommodation in Indonesia. As the Refugee Council of Australia notes, in most Southeast Asian countries, refugees are not allowed to work or own property.  It is, therefore, difficult to sustain any kind of life, let alone begin a refugee claim, which is why many resort to a risky boat voyage to Australia.

It is necessary to ensure that refugees in Indonesia, and across Southeast Asia, have access to firstly, a means of staying alive, and secondly, legal and efficient refugee processing centres. Cooperation with our Asian and Pacific neighbours has not hitherto been a hallmark of Australia’s immigration policies. But to continue this way is unsustainable.

Australia must be prepared to foot the bill for essential services for refugees in Asia and should commit to resettling more successful applicants. The cost of this can be mitigated by phasing out detention centres. The Refugee Council points out that very few countries impose mandatory detention. By allowing prospective refugees to work while their claims are assessed, Australia can send a message to other countries, reducing the impetus for asylum seekers to undertake treacherous ocean voyages.

The political reality of the asylum-seeker debate is that refugees face not just logistical difficulties, but ideological barriers as well. Announcing his review into education, Christopher Pyne accused the national curriculum of promoting “cultural relativism”. According to the Abbott government, Australia has a clear national identity. It is “Judeo-Christian”, Western and needs protecting from competing cultural interests, lest it be lost. It is essentially what New South Wales was intended to be in 1788, England in minutiae.

This wasn’t true in 1788. There were Australian people here before there were any white settlers, and at no point has Australia ever been a European country. This should not be cause for embarrassment or prejudice. We’re better than this.