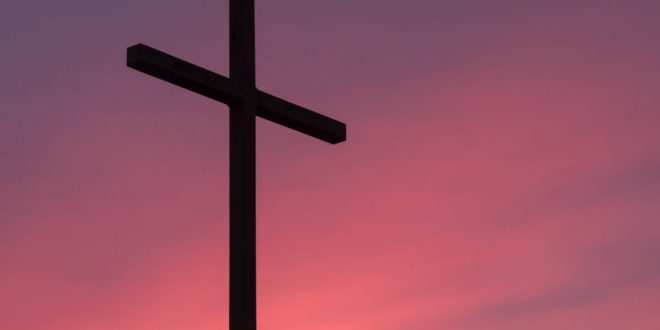 On Women and Religion: the intersection between faith and feminism

Most names of those interviewed, other than the author’s, have been changed in this article for privacy.

I’ve been wanting to discuss women and religion for so long but haven’t known how to articulate it. Australia is regarded as a secular country. According to Dr Renae Barker, a law lecturer from UWA, our society’s religious pluralism means that,“religious belief is just one option for both the state and its people.”

However, as a practicing Catholic, there are times I find myself torn between these two worlds: the religious, and the secular, especially when it comes to the bigger issues like abortion.

There’s hardly ever a clear-cut answer and I’m not one to blindly follow whatever dogma is out there. I find that people are generally pretty open minded since faith is a personal choice, but sometimes it feels like I am perceived as a certain ‘type’ of person.

In trying to figure out how I come to terms with the various conflicts between religion and secularism, spirituality, queerness, feminism and culture, I sought out female-identifying persons from all walks of life. I wanted to hear from them whether they were religious, or not at all, somewhere in-between or just wanting to know what is going on with the whole religion thing in today’s world.

I asked them, how do we, as women living in a secular, democratic Western country, reconcile any secular values with our religious and spiritual beliefs? One of the first things I found was that I was not alone in being self conscious of being perceived as a religious person.

Jacinta, 18, is a practising Muslim, and spoke of the harassment she experiences from wearing the hijab. She said,

People perceive religion and religious people differently. Some people are inspired by it, others frightened. I think at the end of the day…we are all humans, and there is only a very rare chance that you will not find common humanity in the people around you.

Most of us know the main world religions, but those we don’t often think of are the beliefs of Indigenous people across the world. Ammbi, 19, a Sri Lankan/Tamil and Aboriginal Australian, pointed out that, “a lot of people wouldn’t consider Aboriginality as a religion; in my opinion this is because the cultural group and the religion share the same name so it can be hard to differentiate.”

Other responses from my interviewees demonstrated that religiosity cannot be generalised; all religions are highly nuanced and multi-faceted, with varying degrees of beliefs, practices, and adherence that is dependent upon your community, location around the globe, and personal experience. The variations in religiosity mean that sometimes the gaps we find between the religion we were raised with, and our understanding of the world as we grow and learn, may or may not be able to be bridged.

I personally struggle a lot with accepting the Church’s stance on certain subjects, though I still pray and attend mass as I feel like change can and will be made.

Samantha, 24, said her experience within her Catholic community was that, “we don’t pick and choose from the Church’s teachings, we follow everything”, which ultimately caused her to break away from the Church when she came out as queer, despite wanting to maintain a spiritual life.

Grace, 22, was born into a Muslim family but stopped practicing at around 15 years of age, and now considers herself to be an atheist. She became, as she described, “disillusioned as I saw that none of the stuff that was preached to me aligned with any of [my] world views…particularly my political views.”

It may be the case that our formative experiences with religion don’t fulfil us spiritually, leaving us yearning for something else. Rory, 23, born and raised in Brazil in a very Catholic environment, found that her spirituality aligned more with Buddhism. She said, “growing up…I had negative religious experiences. I did not relate to the religion that was around me and could not find answers that fulfilled my questions.” It should be noted that to engage with the spiritual is defined as “the quality of being concerned with the human spirit or soul as opposed to material or physical things,” meaning being spiritual isn’t tantamount to following a religion.

Lila, 19, grew up with Hinduism. She practices some Hindu teachings but identifies as agnostic. Her view of spirituality is that it is, “like understanding and reflecting…and questioning the ideas of how we do things and why. I think it’s important because often it can bring peace and comfort.”

One of the most pervasive issues where worlds collide in religion, is when it comes to homosexuality and non-binary identifying individuals. Zoe, 22, grew up in a predominantly Presbyterian (Christian denomination) household in Indonesia, and as of now doesn’t think of herself as religious. Her mental health and coming out as queer changed her concept of religion. She said,

initially, I began transitioning from my previous church to a more inclusive denomination. I haven’t been engaging with the church a lot though I’m still making an effort to do so since the church I go to is where I feel comfortable… If I do say I’m religious, it might surprise people to see a person who is both religious and queer.

The problem with wanting to belong to a community, and yet being told by that community (in varying degrees, depending on their level of conservatism) that your gender orientation or sexual preferences are ‘wrong’, is extremely problematic for those who are LGBTQ+. Grace said, “religion is also about being a cohesive unit, but sometimes that community isn’t safe for people like me to express their self-identity.”

However, Samantha said that she finds she, “click[s] with a lot of religious queer people, whether Muslim, Christian or otherwise, because we come from the same love, same values but also the same hurt.”

This feeling of disenfranchisement often begins from childhood. Josie, now in her early twenties, recalls an incident in the Anglican high-school she attended when one of her peers was not allowed into a year nine school dance because she brought her girlfriend. Other incidents, like this one, affected her confidence in coming out as queer.

Over time, after having moved away from that school and that area, Josie’s perception of religion moved from those negative experiences to an understanding she described as, “open-minded and positive.” Although not a practising Christian, she is part of a religious, Christian family who are part of the Uniting Church of Australia, a Christian denomination that performs same-sex marriages.

A further issue that I wonder repeatedly about is whether religions are inherently patriarchal, whether that is a socio-cultural influence, and if there is a conflict between feminism and religion because of this history? Looking at the role of women in Buddhism, Jetsunma Tenzin Palmo, a Buddhist nun, speaks about the positive progress that has been made in the roles of women in Buddhism. However, there are those who “are in opposition…to full ordination.” The Catholic Church has the same struggle; while many women hold prominent roles of power in the Church, they cannot be part of the ordained clergy. In the Islamic tradition, “many Muslims see the Qur’an and hadith as a defence for their arguments against sexism, not as a stumbling block to women’s liberation.”

There are many feminist religious academics who have written extensively on the subject, challenging traditional patriarchal standards in religion, asking the question, “how can a woman who is rejected by her religious tradition, simultaneously exist within its patriarchal structure, and how can a woman, who rejects problematic dogmatic interpretations, claim to maintain a religious identity?”

Gina Messina, a Catholic Feminist scholar at Ursuline College in Ohio, explores this concept. She argues that feminism is about equality, about the eradication of all oppressions – sexism, racism, homophobia – to name just a few – which are, “deeply intertwined.” If religions are “founded on the principles of love, and inclusion, liberation and social justice…These are all consistent with feminist practice.”

The fact that most religions have a patriarchal structure is undeniable. Whether or not religion is inherently patriarchal and oppressive is a more complex question that would require some thorough theological and historical examination by an expert. Dominant socio-cultural norms over centuries, where ‘patriarchy’ already existed, may have perpetuated this social construct, and the belief in a higher-being may have justified skewed interpretations of sacred texts. Regardless, progress is being made across the world in the move to eradicate these oppressions. It is slow, but it is happening, and demonstrates that religion, too, can change for the better.

So, to conclude – how do we, as women living in a secular, democratic western country, reconcile any secular values with our religious and spiritual beliefs? I would argue that it takes work, prayer and discussions with yourself and others for you to truly decide what your personal values are. Viewing the world through a religious or spiritual lens can be a beautiful, fulfilling experience. However, we shouldn’t allow our differences in beliefs to become a source of antagonism or hate between us. The one common thing uniting all religions is that at their core, they teach love, peace, compassion and forgiveness, and these are values that we can all agree we need in our world now more than ever.

Alessandra Giglio is a 6th year arts/(sometimes)law student whose huge Italian, Catholic family are the reason she has to apologise for speaking so loudly. She is majoring in English literature and trying to be a serious writer…but mostly thinks about melted cheese.

Barker, Renae. “Is Australia a secular country? It depends what you mean.” The Conversation. May 14, 2015. https://theconversation.com/is-australia-a-secular-country-it-depends-what-you-mean-38222

Carland, Susan. “Islam and feminism are not mutually exclusive, and faith can be an important liberator.” The Conversation. May 11, 2017. http://theconversation.com/islam-and-feminism-are-not-mutually-exclusive-and-faith-can-be-an-important-liberator-77086.