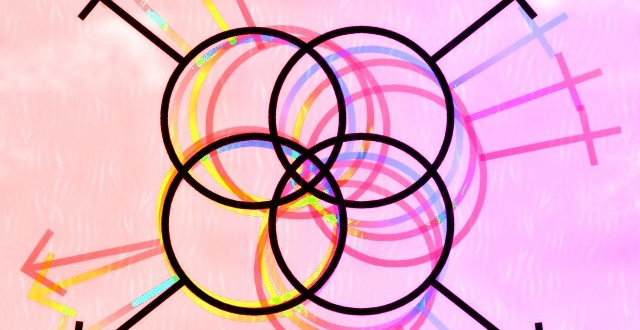 I’m a guy, and I’m also bisexual. Telling people this elicits a lot of different reactions; some are good, some are bad, some are a little bit bizarre. When I’m outside the “queer bubble” at uni, what people tend to do is put me in a little box mentally. This though process tends to be either “he’s just greedy” or “he’s still got a foot in the closet”. Nothing between those two could exist… right?

With that said, I will admit that I’m somewhat complicit in being put in that box. I’ve got a few sexscapades that get dredged up when I’m playing “Never Have I Ever,” and these are always the stories involving women. The painful stories are with women too – the pregnancy scares, deeply poisonous relationships, being sexually assaulted on exchange. They are the ones that don’t get shared that often. It’s also that my stories with men aren’t eventful. Wham bam thank you sir, that sort of thing; they just don’t warrant sharing. It’s not entirely unreasonable that I sometimes get put in the “he’s straight but doesn’t mind a bit of dick now and then” box.

At the same time, I don’t always pass as straight. I stick my pinky out when I grab things, I own an extensive collection of colourful socks with love hearts, polka dots and hedgehogs on them and I often stand around with one hand on my hips. People generally use these things to put me in the box labelled “gay”. Not “queer” and certainly not “bi”. While people thinking I’m gay isn’t necessarily a bad thing, it’s flat-out incorrect and it changes the way these people treat me.

Being put in a little box is a bit shit. It’s irritating, misleading and disingenuous. It’s bi erasure and it’s no fun. And even when people do acknowledge that my bisexuality is a thing, the stereotypes are extensive and almost as bad as a part of my identity being erased.

My sexuality exists, it isn’t a choice and it’s not a phase. I’ve discussed with many bisexual women the “slut-shaming” they encounter, and I’ve copped it too, from whispers about wanting sex all the time to being incapable of commitment. It seems the ‘bi’ in bisexual confuses people when thinking about the ‘mono’ in monogamous.

People have said that I couldn’t be happy – or faithful – in a relationship, that the temptations are too great. But resisting temptation was only my problem when I was cheated on by an ex-girlfriend. I am attracted to more than one gender but I don’t necessarily experience greater amounts of sexual attraction.

In fact, this is another point that gets called into question often, that my being incrementally more attracted to women, negates my bisexuality and makes me more accepted in heteronormative society. Guess what? It doesn’t – and it sometimes makes me feel excluded from the queer community as well.

At the end of the day, sexuality is a complex and fluid thing. And I understand that it’s really really easy to put people in boxes – it’s convenient and problematic. Boxes make the world simpler, but it doesn’t make life easier for those trapped in them.

Share
Previous BREAKING: Returnbull happened. We have a new PM.
Next My Transgender Adventures in Micronationalism