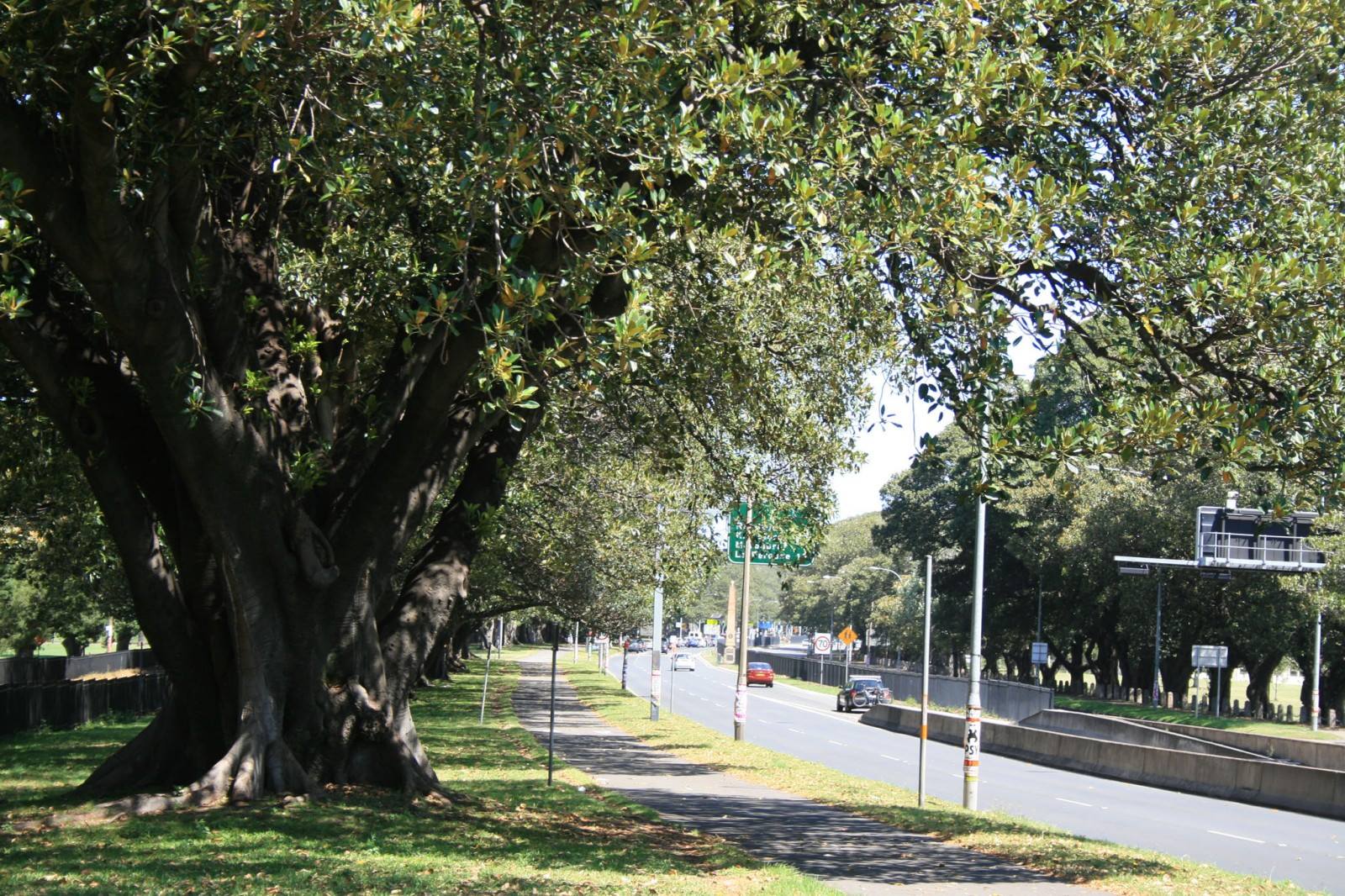 OLDER THAN UNSW: THE TREE OF KNOWLEDGE

Around 8pm on a Sunday night during the university winter break, the activist group Saving Sydney’s Trees made a Facebook post alerting their followers of the removal of a Moreton Bay Fig tree, dating back to the 1860s. This tree on the corner of Wansey Rd and High St, adjacent to UNSW, was known fondly as the ‘Tree of Knowledge’.

The exact date was the July 10. This was also the day Bill Shorten officially conceded defeat, allowing Malcolm Turnbull to declare victory for the Liberals in the Federal Election. In lesser-known news, The Better Planning Network (BPN) had also announced the NSW Government’s new development plan to construct another overhead bridge along Anzac Parade, with two super ramps at each end, and a part of a much greater plan by developers to transform Moore Park. Although these announcements appear separate, they do reveal an intersection between local, state and federal politics in the Randwick area, and the fight against the Liberals to preserve Randwick’s green spaces. With the election season over, tree loppers were free again to finish destroying the trees and to announce more development proposals.

Many trees similar to the Tree of Knowledge have already been chopped down along Anzac Parade and Wansey Rd to make way for the CBD and South East Light Rail Project, despite community outrage. This particular tree, however, according to the Randwick City Council, still had some hope of being saved. As Councillor Murray Matson told the Southern Courier:

“I personally had a meeting with TfNSW and UNSW in an attempt to work out a possible solution whereby the line could have been shifted to run through some adjacent university owned property on the corner of High and Wansey. The council understood that the tree was not scheduled to be removed until November and was trying to work with the Government in [sic] good fail to achieve a win for the community.”

Councillor Tony Bowen expressed these same comments after the first night of felling, when a press conference was held in front of a half-massacred Tree of Knowledge.

“The saddest fact about this, is that it’s completely unnecessary. The council was told the tree was safe until November to give UNSW and transport NSW time to find an alternative.”

The Federal member of Kingsford-Smith Matt Thistlethwaite and NSW Opposition Leader Luke Foley were also present. As Labor and Greens politicians from local, state and federal levels have all expressed their desire to save the trees, locals can’t help but question why construction plans have not, at the very least, been put on hold. The political nature of this issue was capitalised by the Federal Labor Government with signs stating: “SAVE THE TREES PUT THE LIBERALS LAST”, placed around Randwick. But sadly, no trees have been saved so far.

Malcolm Turnbull has avoided directly addressing the issue, despite his electorate of Wentworth also covering the area. On the June 12, Prime Minister Turnbull held a press conference at Centennial Park, announcing that the park was going to be placed on a shortlist to become a National Heritage listed site. This was after many trees had been destroyed along the side of the park bordering Alison Rd, again to make way for the light rail. The Liberal Party knows that they are destroying heritage and this is why they are quick to make sure they can minimise the negative press, with their precise timing. Of course, Premier Mike Baird does not have an election for some time, so he can remain even more silent on the issue.

In response to the destruction of the Tree of Knowledge, during a meeting held on July 12, Randwick City Council passed a motion calling for a moratorium on any further tree removals. This includes a revaluation into the light rail design and a minimum 28-day period of consultation with Randwick residents. Although this news is pleasing, this issue is essentially a state matter. The only way the destruction of these trees can be stopped is by calling for a parliamentary inquiry at state level, with the support of the NSW crossbenchers.

It cannot be stressed enough, how timing is central to this issue. Again, if the NSW Liberal Party believed that they were representing the interests of the community, they wouldn’t have to cut down the Tree of Knowledge and the trees along Anzac Parade and Alison Rd, in the middle of the night, on weekends and during the holidays, in such a secretive manner. These trees were a part of an ecosystem, providing a habitat to animals and much needed shade, absorbing excess water and cleaning the air of pollutants.

UNSW has also remained publically silent on this issue. Luke Foley adopted a nostalgic tone when discussing the tree “I was a student [at the University of NSW] in 1980s – I know this Tree of Knowledge well”, but this feeling has not been reciprocated by the university, even though the symbolism cannot be ignored. The UNSW motto ‘scientia manu et mente’ (knowledge by hand and mind) is well known. The Scientia building, a hybrid between tree branches and a book, was designed to evoke a ‘tree of knowledge’. UNSW’s 67th Foundation Day is supposed to be a celebration of the traditions and heritage of the university, but this means UNSW should acknowledge where its values are aligned. Concerning issues such as fossil fuel divestment, have not been resolved, and while the Tree of Knowledge appears small in comparison, it also reflects the university’s passiveness to addressing environmental concerns. Nobody wants to be on the wrong side of history.

Many will question the significance of this single tree, although we cannot ignore the larger political framework at play. Frequent comments made by concerned locals on the Saving Sydney’s Trees’ Facebook page describe their frustration with the NSW Government. They believe that this ‘war on trees’ is not representative of a democracy, where it appears that only ‘Chainsaw Mike’ and the developers hold the balance of power.