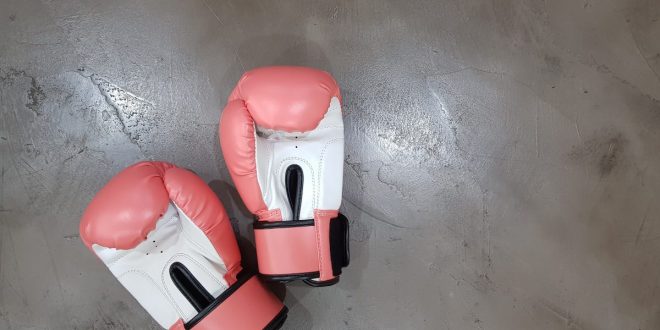 Not Rolling With The Punches: This Crip’s Fed Up With Trimesters

Lately, I’ve been thinking about Ed Roberts, a disabled rights pioneer in the US. Ed was the first wheelchair-using student to graduate from UC Berkeley, acquiring his disability as a teenager after contracting polio. Ed passed away the year before I was born, we became disabled at around the same age, and I’ve been at university almost as long as he was during his first degree. I’ve been wondering what he and his group of radical disabled students, the Rolling Quads, would think about the state of disabled university students today. UNSW doesn’t exactly have an illustrious history when it comes to looking after its disabled students—constantly cutting DSU  staff and restricting special considerations—but UNSW Management wants us to believe that the recent change to trimesters is beneficial for disabled students. Two terms in, it is absolutely clear that this is a complete PR fabrication.

We’ve been told that because we can choose not to study during one of the three terms, trimesters are more flexible. Previously, you could skip a semester, but now, if you were to take advantage of the supposed ‘flexibility’ of trimesters, and skip three months of study, you no longer qualify for Youth Allowance. Applying for the Disability Support Pension and/or NDIS is practically  a full-time job, so in the meantime I rely on Youth Allowance to survive. If I had to take a term off for health reasons, I would either have to forgo Youth Allowance for a whole year, or fill out pages of paperwork whilst still recovering. Unfortunately, chronic illness doesn’t follow a university calendar.

As the transition to trimesters was rushed, the timetables leave much to be desired. I’ve looked at all of the Arts lectures offered in term two, and the majority of them have 9AM lectures. They were impossible to avoid, leaving me with two consecutive seven hour days each week. I experience chronic fatigue as a symptom of my illnesses, so attending a 9AM lecture involves at least two days of preparation. I also have regular medical appointments to conserve energy for. During term two, I had twenty-eight preplanned appointments, some of which were booked this time last year. I have had to make the decision between attending a class one day, or attending a vital neurologist appointment the next.

UNSW is transitioning to “flipped classrooms”, moving many courses partially or entirely online. Staff have been very clear that this is an attempt by the university to cut wages and cram more students into courses. A friend of mine with ADHD has said that he has difficulty concentrating on a recorded lecture. Even though he deliberately chose on-campus delivery, he still has several recorded lectures in his courses. Though my classes no longer have attendance requirements, I now have more content to memorise and the risk of failing weekly quizzes if I don’t. For a General Education course, in place of a two hour lecture and one hour tutorial, I had a one hour lecture… four hours of films… and a quiz to prove I’d watched it all! In an ideal world, more access to online content would be beneficial to disabled students, but not when it is unjustly forced on them, means a larger workload, and comes at the expense of our valued academic staff members.

And, of course, no discussion of trimesters is complete without mentioning the cherry on the shit sundae: the Fit to Sit policy. This policy means that by sitting or submitting an exam or assessment, you are declaring that you are fit to do so, and forego your ability to request special consideration at a later date. I live with schizoaffective disorder, of which hallucinations and delusions are a large part. I have penned an entirely nonsensical exam paper during a psychotic episode. I have submitted entire essays where, due to OCD, I removed every use of the letter “a”. If either of these instances had occurred under Fit to Sit, I would have to be marked on my paranoid scribblings or my illegible essay. Extenuating circumstances don’t just disappear once you enter the exam room!

I don’t want to just put up with trimesters, though. I’m buoyed by the protest of 800 staff and students, the biggest protest at UNSW in two decades. It’s clear that staff and students are fed up with trimesters ruining their University, and disabled students are definitely part of that group.
Structural ableism is a massive obstacle, but not an insurmountable one. When his lecture theatres and campus roads lacked ramps and curb cuts, Ed Roberts’s classmates got sledgehammers and cement and made their own paths. I’m hoping to see some of that energy in the fight against trimesters. I’ve got my sledgehammer ready, so don’t forget the cement.

Gabriel is a nonbinary Wiradjuri person living on Bidjigal land. They live with hypermobility EDS, MS, and schizoaffective disorder. They are a semi-professional cripple, an alleged writer, and a sempiternal student. Gabriel’s interests include socialism, collecting unique woodwinds, drunkenly testing strangers’ joint Beighton Scores, and the West Virginia Mothman.

Share
Previous The Gap: Social and Institutional Problems for Disability in China
Next A Better Perspective