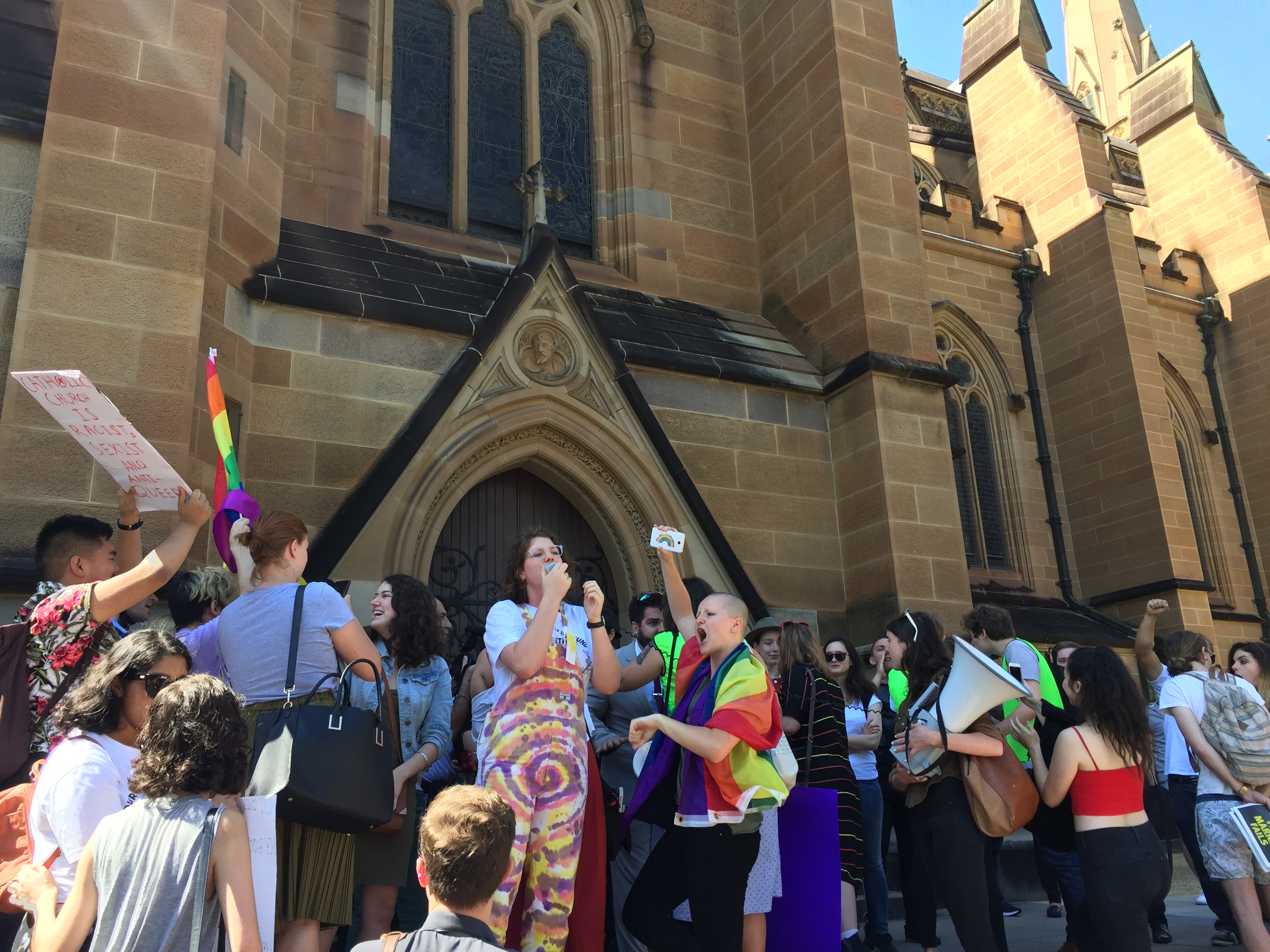 Not the Church, Not the State, We Will Decide Our Fate

Not the Church, Not the State, We Will Decide Our Fate: Reflecting on Sunday’s “Day of the Unborn Child” Counter Protest

On Sunday, I attended what was probably my most intense rally-going experience yet. While “pro-life”, anti-choice group, Family Life Australia, and its supporters attended mass within St Mary’s cathedral for its “Day of the Unborn Child” (read: day an unborn, undeveloped foetus means more than the physical, psychological and emotional safety of a fully born, functioning human), counter protestors gathered on the steps outside to defend the right to bodily autonomy and to call for the removal of religious influence over legislation.

All hell broke loose (pun somewhat intended) when the pro-life group exited the cathedral and began trying to dismantle the counter protest by waving around crucifixes, chanting prayers and calling us murderers until a line of police officers formed a border between us.

Following this, as the pro-choice group began their march towards Parliament House, one member of the pro-life congregation took it upon herself to approach participants of the counter protest to ask, in all seriousness, “How would you feel if your mother had aborted you?” Thankfully, many ignored this obvious paradox and stated that they would be “happy that their mother had been given the opportunity to make the choice that was right for her at the time.”

For many people, the choice to terminate a pregnancy sits on a spectrum, ranging from a straightforward decision to a cripplingly difficult one that they never get over.

One woman, who wishes to remain anonymous, told me that while she is a dedicated Christian, the choice for her to have an abortion was relatively simple.

“My partner at the time and I earned a combined wage of about $400 per week and I was suffering from depression,” she said.

“There was no way I would have been able to have a child at that point in my life.”

When I asked if this was a difficult decision to make due to her faith, she responded that she didn’t see the correlation, and that she was determined to maintain her status as a woman of science and religion, autonomy and church.

“I love Jesus, I love my church but I also love myself enough to know that when I have a child it will be for the right reasons, into the right household, not because a condom split and I felt forced by my church to carry an unwanted pregnancy to term.”

Previous What Bassem Tamimi Teaches Us About Caring About Palestine
Next Her; India