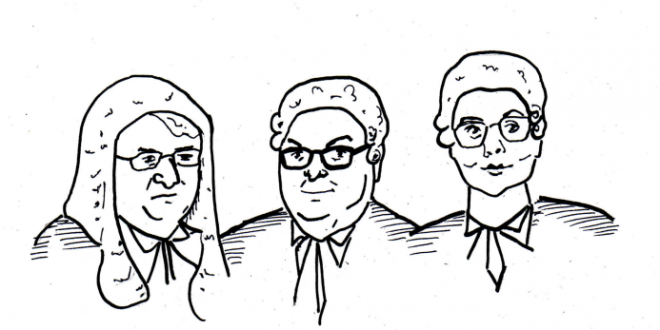 No Room for Compassion in War Against People Smugglers

The cruelty inflicted on the men, women and children seeking refuge from death and persecution, human beings who want to make our country their home, should be the object of national shame. You don’t have to believe in completely open borders to agree that the indefinite detention of these vulnerable people on remote island gulags is contemptible and wrong.

The political debate is factitiously framed around putting people smugglers out of business and saving lives at sea, when the more immediate truth concerns people, coming from desperate circumstances, now being abused and neglected in the name of the Australian people.

The latest flashpoint in the debate centres on a group of 267 refugees, including 37 babies born in Australia, and 54 children, currently on the mainland seeking medical treatment. They were joined to a legal challenge that came before the High Court last year, which would resolve whether it was unlawful for them to be returned to Nauru.

The case, known as ‘M68’, was brought by an unauthorised maritime arrival from Bangladesh, referred to in some circles as a human being. The plaintiff’s two main claims were that the Commonwealth’s funding of its regional processing centres was not provided for by any legislation, and that her detention on Nauru was not within the ambit of the Constitution.

Faced with this challenge midway through last year, and sensing there was a very real case to be made against the legality of its policy of locking up asylum seekers indefinitely, first instituted by Kevin Rudd, the government sought to rush through the Migration Amendment (Regional Processing Arrangements) Act 2015. The amendment would insert section 198AHA into the Migration Act, retroactively legitimising Australia’s past and current participation in the offshore processing of refugees.

Not only did this authorise our past involvement in establishing and maintaining the detention centres on Nauru and Manus Island, the provision was drawn so broadly as to give Australia the right to “do anything … incidental or conducive” to restricting the freedom of those in offshore detention.

In June 2015, Bill Shorten could have decided to do anything incidental or conducive to being the leader of a functioning and robust opposition. Instead, he chose not for the first time (nor for the last) to show his unmatched lack of leadership and political nous when faced with a complex and divisive issue. Lest he live up to his title, Bill decided to join hands with his friends on the other side in extending the misery and desperation of those unfortunate enough to have found themselves caught in Australia’s web of offshore detention.

Less than twenty-four hours after the government’s bill had been introduced to the parliament, Bill Shorten’s shameless Labor Party had helped to retrospectively validate almost three years of detention of thousands of innocent people whilst in the middle of a case in our nation’s highest court. It beggars belief that our parties can’t agree on whether fast download speeds are a good idea, but they can jump into bed together over this.

In his second reading speech, Shorten told the parliament it took him “not more than 10 seconds” to decide what to do. One can only dream of the outcome had the leader of the opposition [sic] spent that time thinking instead about the 37 babies and 54 children he was helping to condemn to a life of uncertainty on a bleak island prison.

In the decision, handed down in the first week of February, six of the seven judges on the High Court bench found that the government’s removal of unauthorised maritime arrivals to detention on Nauru did not constitute detention by the Commonwealth itself, and thus was not unlawful or unconstitutional. In doing so, the court gave the judicial tick of approval to the government’s actions in relation to its offshore detention regime since late 2012. A regime, if you needed reminding, in which people can be removed immediately without processing to a country where respect for basic rights is not a prerequisite.

In a finding that signalled the court’s acknowledgment that the government does not have carte blanche when it comes to the arrangements with Nauru, French CJ, Kiefel and Nettle JJ stated unequivocally that “the commonwealth may only participate in that regime if, and for so long as, it serves the purpose of processing”.

Another of the majority judges, Justice Keane, with the air of unreality usually attendant upon those on the bench, said “the plaintiff’s submission that regional processing is punitive because it is designed to have a deterrent effect on the movement of asylum seekers must be rejected … The immediate purpose of s 198AHA is the facilitation of the removal of unauthorised maritime arrivals from Australia”.

Of course, we all know this to be untrue. These people are sent to Nauru precisely so that anyone attempting to make it to Australia by boat will know that the only result is indefinite detention in a squalid, tropical hellhole. The whole idea is to use these hopeless people, and their plight, to ward off would-be seekers of freedom and safety. If that isn’t punitive, I honestly don’t know what is.

The lone dissenting judgement came from Justice Gordon, who provided the only glimmer of hope in what was an otherwise disheartening outcome for the asylum seekers joined to the proceedings. Opting to analyse substance rather than form, she dissected the commonwealth’s legal arguments, reasoning that section 198AHA, the legal fiction designed to sink this very case, was invalid because it “impermissibly restricts or infringes” the heads of power under Chapter III of the Constitution.

Nevertheless, the government, unmoved in its moral bankruptcy, appears determined to follow through on its intention to return the 267 asylum seekers back to Nauru now that the High Court has ruled that such a move is legal.

If you were hoping for some vehement condemnation from the opposition, you would have been sorely disappointed. At least it has been consistent in its hypocrisy, criticising the outcomes of government policy it unashamedly supports. In a statement released on the day of the High Court judgement, shadow minister for border protection, Richard Marles, repeated that the “Turnbull government must immediately secure proper third country settlement options for refugees”, while purporting to empathise with those who “have been left to languish in processing centres without any certainty for their future”. Yet the languishment Marles would have us believe he laments is a direct consequence of 198AHA, which he supported.

As if to underline the human cost of the ruling, the Australian Human Rights Commission made public its report into the health and wellbeing of children in detention the very next day. The report, which makes for difficult reading, concluded that ninety-five per cent of asylum-seeker children who have lived in Nauru are at risk of developing post-traumatic stress disorder.

The researchers found that every child screened using the “Parent Evaluation of Developmental Status” was in the top two ranges for development risk, “higher than any published results for this screening tool anywhere in the world”. They concluded indisputably that being locked up on Nauru is harmful to the physical and mental health of children, and recommended the immediate release of all children from detention.

Even the government’s own medical officers concede how detrimental the effects are on children. “The scientific evidence is that detention affects the mental state of children: it’s deleterious. For that reason, wherever possible children should not be in detention,” Dr John Brayley, Chief Medical Officer at the Department of Immigration and Border Protection, told a senate estimates hearing. Yet the government is standing resolutely by its policy.

Speaking at the same hearing, the secretary of that department, Mike Pezzullo, said the policy was “tough”, even “harsh”, but offshore processing needed to be applied without exception, in order to deter people-smuggling operations. “It’s got to be applied universally, the moment you give a chink of light … you open the doors to people drowning at sea.”

The same estimates hearing heard that there were 102 incidents of self-harm on Nauru in 2015, and 40 on Manus Island. But at least we’re breaking people smugglers’ business models.

As it stands, the minister of immigration and his department now have to decide whether they will destroy the lives of 267 human beings for no reason. Anyone who thinks about it for a moment will realise that if these people are allowed to remain in Australia, there is zero chance that this would trigger the return of the people-smuggling trade. But because of the illogical mindset that has consumed them, the government cannot appreciate the monstrousness of what it is proposing to do.

Until eight months ago, our immigration detention arrangements with Nauru and Papua New Guinea were likely unlawful. The fact that their legality is no longer in question does not relieve us of our moral responsibility to ensure the safety and wellbeing of those seeking asylum. In saying this, it is hard to see how we as a nation will come to fully appreciate that we accept a policy that locks up innocent people indefinitely, for the spuriously humane purpose of preventing drownings at sea. The impossibly rigid stance taken by the government suggests that, even if upon self-reflection we are horrified by the paradigm we have created, there is no wriggle room in the war against people smugglers, even if the lives of innocent people are at stake.