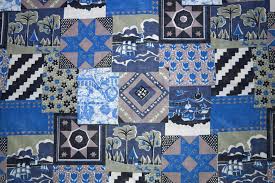 Self-discipline is the defining struggle of my life. It is the root, the struggle at the heart of all my struggles. When I look back at the last few years, I can see so clearly a trail of abandoned healthy meal/exercise plans, half-baked study schedules I never adhered to whilst in school, projects I started but never finished, hobbies and skills I wanted to take up but never got around to or completely committed to.

I have always had a lot of ideas and goals and interests. But rather than approaching them methodically, pragmatically, and with the intent of putting in the time and effort needed to succeed, I would start and within a day or two, as soon as my motivation began to dwindle, I would quit or cheat or give up. I would start sewing the fabric for what I wanted to achieve, but as soon as I broke a needle or encountered a knot, I would throw it all away instantly.

It’s an all too familiar feeling.

As I’ve gotten older and have developed a more exacting eye, I have been able to recognise this cycle and can now (openly) acknowledge it. And I’ve learnt a thing or two about this cycle – about why I stop when I do.

I think that I have identified, at least part of, the reason for why cultivating ‘discipline’ is so difficult and why certain goals seem so elusive:

I lacked the self compassion necessary.

We are often far too rigid and unforgiving with ourselves when we set goals. We don’t give ourselves the appropriate amount of leeway and when we make all our incredible plans, we almost never account for setbacks and mistakes. So, when we encounter them, we give up rather than working to rectify them. We’ll make a bit of progress, mess up and instead of fixing mess, we’ll quit because deep down, after going through the cycle a few times, we’ll have internalised that it’s only a matter of time before we fail anyway, only a matter of time before the cloth ends up ripping apart at the margins anyway, like it had done in the past.

I have always had an “all or nothing” attitude with goals. Every time I decided there was something new I wanted to do, I would decide that “that’s it. Everything changes right now, at this very moment.” And then nothing really changes.

If I decide, for example, that it’s time to fix my diet, I’ll say “no more junk food, at all, period”. If I decide it’s time to study more, I’ll think “no more Netflix, no more YouTube, no more going out, no more distractions, period”. If I decide to do anything, I will put a blanket ban on the alternative and this strategy always fails because it is impossible to change so much so fast. Giving up anything cold turkey is ridiculously  hard and anything worth doing or starting requires giving up something else, especially time. The problem lies therein; we never really account for what we have to give up and we never really prepare ourselves to do so.

This “no more” approach is erroneous and unsustainable, but mostly, it’s too simplistic. It ignores the complexities of desire.  What I want to be and what I want to have is complicated, contradictory, and contingent. I want a body that says I do 5am pilates every week day but I also want to eat sizeable portions of fries and pizza. I want great grades but I also don’t want to spend hours upon hours in the library every day. I want to learn new languages and develop new skills but also am not completely prepared to carve out the other parts of my life that  those things demand. We can’t turn desires and impulses on and off like a light switch.

It seems obvious and intuitive to start small, ease ourselves into different habits and routines and forgive any errors, but we rarely do it.

I haven’t come up with a sweeping solution to breaking the cycle or figured out the antidote to quitting, but I have now started to actively try to account for mistakes when setting goals and be patient when taking the time needed to achieve them. Now, I am a little bit more self compassionate when policing myself, because ultimately consistency matters more than perfection.