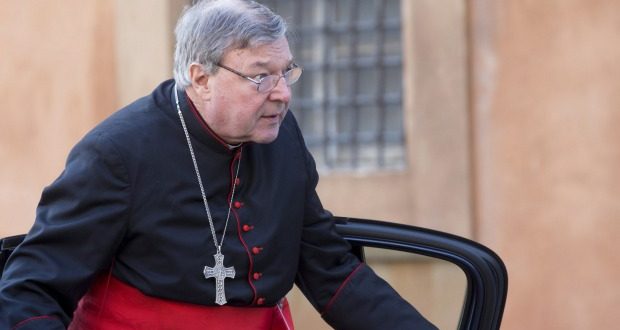 No Children Left Behind

Following George Pell’s appearance, via video, at the Royal Commission this week, an opinion piece was published in The Australian, where a journalist praised Pell for his ‘courage’ in calling out the Church on years of cover-ups, lies and deceits.

Well, would you expect him not to? Given his track record however, it would not be inconceivable. Pell was an integral cog in the cover up machine, working overtime to protect paedophilic priests and the public’s perception of the Catholic faith. He chose to do this instead of listening to and helping the victims of these unspeakable acts, victims who have now have to live with the effects of the abuse their entire lives.

What makes these crimes especially heinous is the subversion of the church’s most powerful ethos to care for the weak and the vulnerable. Contradicting this completely is Pell’s callous act of walking away. He should have instead been a Christian leader, who spoke up for the victims. And yet, Pell knowingly became a traitor to justice, truth and goodness by standing with Gerald Risdale, one of Australia’s worst paedophiles.

On the day of Risdale’s trial, Pell was seen walking shoulder to shoulder with the monster that was about to plead guilty. Pell walked beside this man, a member of his own church, who he knew raped and abused a child. He did this in full view of the victims and their families, instead of taking a stand against acts of wickedness. Pell sympathised with this man and, by doing so, spat on the victims and the families of those who, at the hands of Risdale, experienced unspeakable harm. He felt a duty towards the church, to protect its members, but lacked the same moral conscience when it came to the victims.

It’s absurd that a journalist can argue that Pell showed ‘courage’ by ‘calling out’ the church for years of atrocities. Pell should have shown that same courage when the light was on Risdale and the extent of his action were exposed, not after he was publically roasted. That would have been courage, an action worth the very word. Pell is now simply covering his bases. If he wishes to remain a part of the church, he must work towards earning the public’s respect. We must not give him the benefit of the doubt simply because he wears a nicely ironed black bed sheet on his posterior, a dog collar around his neck and a cross by his side. No, Pell must regain our trust by showing he is a man of strong moral passion, who protects the weak, by standing with the victims, not the perpetrators.

Share
Previous See Food Diet. See Food. Eat It.
Next What Even is a Male Feminist?