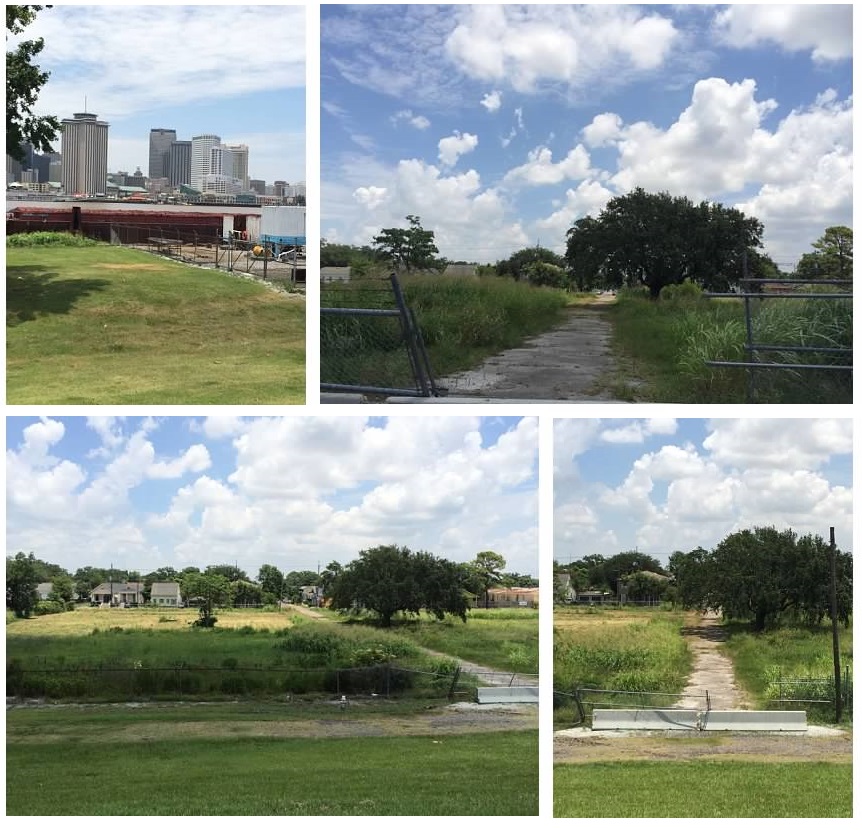 Standing on a vacant lot in Algiers, New Orleans, it is hard to believe that this random pock mark, like so many others randomly dispersed between rickety shacks and fibro houses, can remain undeveloped so close to one of America’s largest cities.

It is strange to envision this untamed lot, overgrown and overflowing with varying shades of greens and browns from the trees, as it once was: a place where a family resided. It is covered with untamed thickets that grasp and buttress the grey chain-link fence that can barely stand.

Across the Mississippi River, one can see the outline of the CBD’s skyscrapers and various tourist hotspots. However, it is here, not there, where scars of Hurricane Katrina still exist nearly a decade since the disaster.

Some areas, like the former site of the Six Flags amusement park, resemble a post-apocalyptic world. The emptiness of these abandoned grounds are stripped of colour and any semblance of the joy they once represented. It is a stark reminder of the devastation that Mother Nature, particularly hurricanes, can cause in the South.

However, many of the overt remnants of Hurricane Katrina remain in areas unknown to many tourists. These aforementioned examples are an exception rather than the rule, and have to be actively sought out to be discovered.

There is far more to New Orleans than its financial or economic woes since Katrina, but at the same time, it is hard to escape that devastating event. It is hard not to allow the city’s narrative to be defined by the event that stole around 1,800 lives prematurely (mostly from Louisiana), and led to a mass exodus from the city nearly a decade ago.

Local residents like Ian Nesbit, who lives just outside the French Quarter, seem to find this problematic, as such a Katrina-centred focus misses many of the nuances the city has to offer. A problem many residents feel is that “the media”, that amorphous Leviathan beast we depend upon to understand the world, has focused too heavily on the New Orleans crippled by a disaster from which some parts will never recover.

The Creole and Cajun influence on New Orleans, particularly the former in relation to art, gives the city a unique creative streak, exhibited throughout the French Quarter and beyond. This is just one aspect that helps explain Tennessee Williams’s statement, “America has only three cities: New York, San Francisco, and New Orleans. Everywhere else is Cleveland.”

The city is unique because it challenges convention by contrasting many aspects of America one might initially perceive as incompatible.

There is probably no better example of this than the juxtaposition between the city’s overt religiosity and spirituality on the one hand, typified by the magnificent St. Louis Cathedral, and the adoption of a hedonistic lifestyle on the other.

These contrasts are what makes the city so enticing to tourists, and it has helped buoy the local economy to a point where the effects of Katrina on infrastructure are unnoticeable in some parts.

New Orleans certainly seems to profit from its status as the party destination for many Americans, particularly Southerners. Nowhere else, particularly in the South, could one go running at 7:30 am on an average Wednesday morning along the river and see people, predominantly middle aged, walking the streets with plastic cups full of beer and other alcohol.

The city’s dependence on tourism for recovery and growth is paramount. The surfeit of bars, tourist merchandise shops and restaurants must partly attest their success to the unique architecture and urban planning, which allows for walking or biking to most attractions the city has to offer.

Despite damage to many areas of New Orleans from hurricanes Rita and Katrina, it is interesting to note the degree to which most redevelopments, particularly Creole Townhouses, have stayed true to their former designs. However, most of these redevelopments occur in neighbourhoods close to areas frequented by tourists, and the correlation between economic recovery and proximity to large numbers of tourists seems strong.

What is also quite overt is the degree of homelessness which still plagues the city, and is most obvious around the perfectly manicured Jackson Square. Once again, the contrasts that the city produces becomes apparent.

Just across the river from Jackson Square is the industrial area of Algiers, which is detached from the tourist hotspots of Bourbon Street and the French Quarter by the mighty Mississippi River. On its side are old warehouses, with faded grey and rusty red exteriors, which are preceded in age only by railroad lines surrounded by overgrown grass.

As one moves further inland and away from the tourist hub across the river, a flourish of bright yellows, light blues and pinks covers almost every shotgun house on the street. Perhaps this décor decision was unintentional, but it certainly demonstrates the flamboyance of the city.

It is this colour, even amongst a backdrop of rust and decay, that perfectly sums up New Orleans almost a decade from Katrina.

Share
Previous Theatre Review: A streetcar named desire
Next We kill people based on metadata