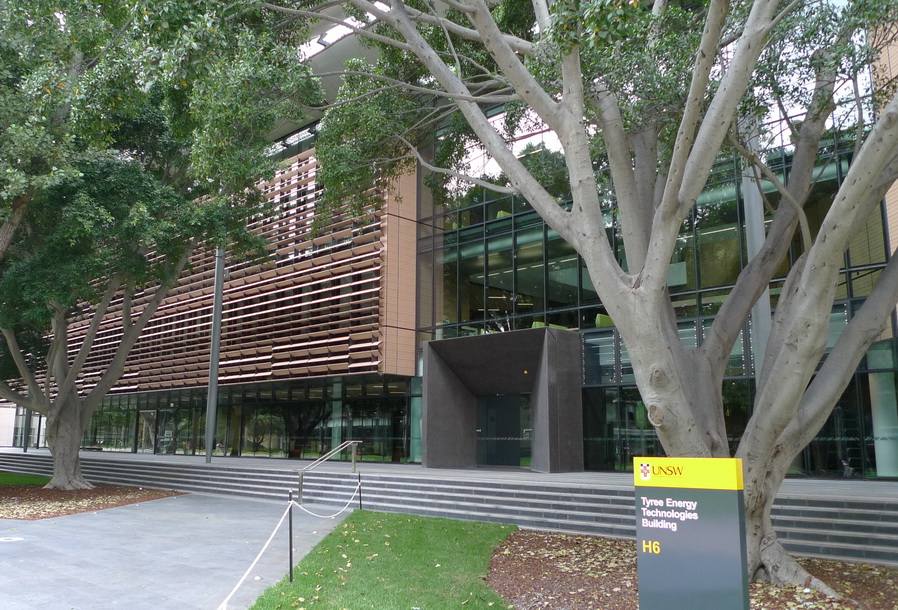 Alongside the Roundhouse, the Whitehouse, Southern Wok, and the staff dining-room AGSM, Bar Navitas is the 5th licensed premise at UNSW, and has been operating since the beginning of this year.

The name Navitas, a Latin word for ‘energy,’ was chosen, according to owner Chris Glastas, because of its location in the Tyee Energy Technologies Building as it “highlights the energy we put into the business” said Glastas.

“Our concept is about delivering a point of difference and excellent customer service through product and people and directly through design, ambience and atmosphere”, he said. Glastras told Tharunka that Bar Navitas had menus that fit all budgets, and that he had “an overriding commitment to fair pricing and value for money [as] our aim when determining price is to ensure that customers are treated with a quality food and beverage offer on a value for money basis at all times”.

However, the prices have been found to be too ‘expensive’ by the standards of some students’. Glastras told Tharunka that his first priorities are students and staff, but nonetheless, there was apprehension amongst the student body that prices appear to cater more to staff, who already have the finer-dining alternative of the AGSM, or postgraduate students, who have The Whitehouse.

Brad Hannagan, CEO of Arc agreed. “Arc certainly welcomes competition on campus. We believe we understand student needs better than any other provider and will therefore structure our services accordingly. However, we remain concerned that we can spend a considerable amount of student money refurbishing the Whitehouse while the University allows a new entity on campus to provide a similar service,” he said.

“Our chief concern remains that there is no clear strategy to improve affordability for students on campus.” When asked whether he felt that Bar Navitas would take away vital revenue from Arc through loss of customers to The Whitehouse and Roundhouse, Vice- President of University Services, Neil Morris was ambivalent. “I guess perhaps it will, but I think it’s a very different product,” he said. “I’m pretty certain that the [Roundhouse] will still meet the needs of a fairly big student population”, he said.

Ex-Collegian student Rex Cover affirmed Morris’ sentiments. “While giving more options for the on-campus drinker, it is not going to diminish the institution that is a Wednesday happy hour or pull from the happy crowd playing guess who’s up the hill [at The Whitehouse]” he said. “Being so close to the Roundhouse, I think it will succeed or fail based on its own merits. Even the laziest college student is willing to cross uniwalk if a $2.50 beer is what they’re after.”

Although he believed that Bar Navitas’s opening would add to university life, Morris told Tharunka that the Roundhouse was the only real traditional unibar. Duty Manager of the Whitehouse, Barry Jefferson also welcomed the challenge of competition calling it “inevitable”.

“We at the Whitehouse have to provide things that people can use to embrace uni life; comfy couches, board games whilst providing coffee, pizza and boutique beer”, Jefferson explained.

Whilst Glastras told Tharunka that his first priority is always the students and staff, at present, Bar Navitas is yet to provide student-friendly activities such as happy-hour, tasting sessions or society related activities that would provide testament to its commitment to benefiting the student community.

In terms of security, Glastras did not comment on whether the close proximity to the Colleges on ANZAC Parade would encourage binge-drinking, or what type of security would be available.

Morris told Tharunka that whilst there isn’t security patrolling the building, there was 24 hour security available. “But we’ve not had any complaints as of yet”, he added, pointing to the fact that the purpose of dispensing alcohol at Bar Naviatas was very much to compliment sit-down meals being consumed, with the main focus being on the food.

Arts student Tara Wong said she believes there should be no place on campus for privately owned businesses. “Universities are about collectivism and community. I know when I’m drinking at, say the Roundhouse after a day of lectures that the money that I’m spending will be coming back to me as an Arc member through the services offered, but it really irks me that the university
clearly does not consider this in its business model,” she said.

A psychology student who did not wish to be named said that despite the fact she believed that no one company should have a monopoly on campus, the location of all the venues on lower campus should be addressed. “My friends and I tend to stay on upper campus, and so do a lot of people I know, so surely spreading them around would make more sense?”

Engineering student Steve Dean also expressed his desire for a bar presence on upper campus. “My main point would be that if UNSW was to have a 3rd bar, it would be better in upper campus instead of having 3 in relatively close proximity to each other in lower campus”.

However, this seems unlikely in the short-term future. Morris said the University was not planning on selling alcohol on upper campus. “If there was a demand, we wouldn’t be adversed to it, but it’s not in our thinking that we need to provide more alcohol on campus at the moment.”