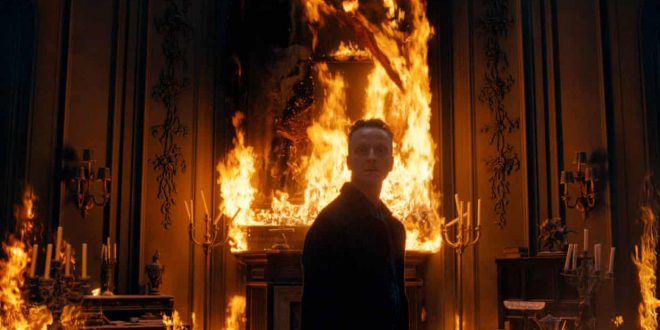 Netflix’s Dark Bewilders and Satisfies Over and Over again

Warning: Minor spoilers ahead for all seasons of Dark.

This is the maxim that runs through the Netflix series Dark, which came to a close on June 27 with the release of its third and final season (or cycle, as it’s referred to using the jargon of the show). It’s fitting that this line truly encapsulates the surreal world of 2020. Now that the Dark trilogy has been completed, and Season 3 responded to with enthusiastic praise, I think it’s already time for us to watch, and re-watch, this mind-bending show.

The first season of Dark premiered in late-2017 courtesy of filmmaking duo/power couple Baran bo Odar and Jantje Friese, who will both be celebrated by science-fiction fans for decades to come. Bo Odar made a name for himself in Germany with the low-budget thrillers The Silence (2010) and Who Am I (2014), before transitioning to Hollywood with the less-than-stellar action flick Sleepless (2017).

Dark is a return to Bo Odar’s native language, but that doesn’t mean he’s playing it safe. What begins seemingly as a murder mystery quickly evolves into an epic time travel saga set across three centuries. In its first few episodes, Dark establishes the small town of Winden and the double lives led by its inhabitants: members of the Kahnwald, Nielsen, Doppler and Tiedemann families.

The story kicks off when young Mikkel Nielson disappears near a cave, months after high-schooler Jonas Kahnwald’s father’s Michael commits suicide. Jonas and Mikkel’s older sister Martha share a romantic connection, but she’s dating his friend Bartosz Tiedemann, whose father Aleksander is director of the town’s nuclear power plant. This all sounds incredibly confusing as a set-up, so it’s a testament to the show that it hooks you from the start.

The gorgeous cinematography by Nikolaus Summerer succeeds in both world-building and reflecting the themes of the show. Winden is filmed in shadow, drenched in rain and figures sometimes appear silhouetted. The camera plays with the idea of duality, juxtaposing light and dark, slow and fast motion, realism and impressionism.

In all of these instances, the technical elements of Dark heightens its emotional impact. As the story becomes more and more complicated, it’s the fine-tuned nature of the show that keeps the emotional stakes high.

Bo Odar and Friese’s script combines genre thrills with intellectual discourse. They use heady scientific concepts like quantum entanglement or the ‘God particle’ to both ground the story, and create surprising twists. The most satisfying twists involve bootstrap paradoxes, one of which is that a character’s long-lost mother is actually their own daughter. Which makes her her own grandmother. It’s reveals like this that makes Dark so mind-blowing to watch.

The show is intersected by Biblical imagery and quotes from philosophers like Nietzsche, and explores the existential implications that time has on our lives. Gradually each character comes to regret past choices and fight for their loved ones, yet the eternal loop of time restricts them. It’s powerful stuff that you have to watch to believe.

With Dark, Baran bo Odar and Jantje Friese have created a meticulously-crafted show of colossal emotional weight. It’s like a massive jigsaw puzzle. You may be frustrated putting it together but with each piece you grow more and more satisfied. And when it’s assembled, you’ll realise why the journey was worth it.

Rating : 5 bootstrap paradoxes out of 5

Previous The Delicate Unthreading Of Misogyny From Sri Lankan Politics
Next Review: Sea Fever, a Plague of Almosts