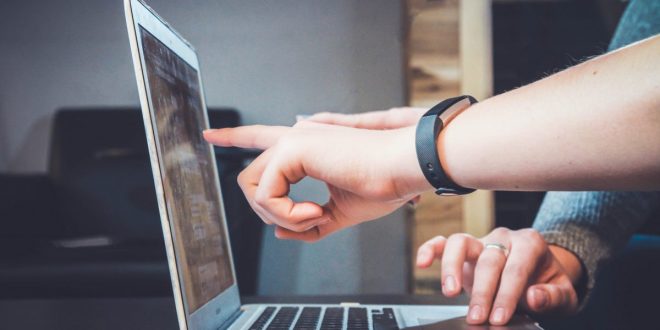 Navigating Internships as a Student With Disabilities

Getting an internship is hard enough as it is, but why is it so much harder for people with disabilities? As a penultimate student twice over (having to extend my degree twice because of my disability), I’ve had a lot of experience going through the regular recruitment processes of some very large companies. I’ll tell you straight up: almost none of them were as disability friendly as they claimed to be on their website.

You’ve probably seen or heard what I’m talking about – the diversity page where they tell you about how much they want to hire minority groups, sometimes including us with disabilities (not always, which is a bit disheartening). Personally, I use it as a vetting system. Any organisation without one of these pages is automatically taken off my list. But, that isn’t to say that just because they have that web page that it will all go smoothly.

The regular recruitment process starts with uploading your resume, filling in a couple of details about yourself, maybe sending a cover letter and answering some questions. The next step is usually online testing and that’s the part that gets me. Using a computer and handwriting are pretty difficult for me, so how do I get around this? How do you get adjustments?

The best out of the Big Four firms (shout out to Deloitte) gave me a call the day after I emailed them about adjustments and had it all fixed for me. Pro-tip: give them your phone number for a faster response and easier conversation if that is accessible for you.

The worst had me waiting three weeks for a reply. I even called, but was passed on and then sent to voicemail twice without a call back. What made it worse was that when I had gone through to the next stage, all the systems were down which meant another back-and-forth email for about a week. Keep in mind, computers are not my friend.

2. Be really specific about what you need and don’t be scared to ask.

The worst thing that can happen is that they can say they don’t have that adjustment or they take a longer time to get back to you.

One of the online tests for the Big Four requires the applicant to press the spacebar as many times as possible in about 60 seconds and that wasn’t something I could do, but sometimes the people on the other end can’t read between the lines of your disability. The person thought that just giving me extra time would be okay until I got specific and said that mashing keys would not work for me. Make sure that you ask the recruiter to be very specific about the actual tasks before you say that you’re okay with them.

Something else that I had to learn was asking for adjustments in a way that gets to the point and sometimes might sound demanding. It’s okay to sound demanding when that is what you need. I wasn’t going to give up my health for a company that might not hire me, even if it might give me a better shot. For assessment centres I add “no handwriting”.

This part sucks the most for me because, as an introvert, I hate talking to people without a goal and I don’t like the idea of talking to someone just to get something out of them. However, the easiest way to get adjustments seems to be through networking. Get the email of the recruitment people and seriously, use it to your advantage. You can ask for part-time work, you can ask for your adjustments, and you can ask how to do better in x-y-z. Network if you can. It was the only time I found networking to be worth the introvert strain, but it really is worth it.

Sometimes, they won’t get back to you, like one of the bad Big Four I applied to. But you have to remember to keep asking. Send an email every week if you have to and be that annoying person instead of compromising on something that you shouldn’t have to compromise on.

I’m yet to get an internship for this summer, but out of the six I’ve applied to, I’ve had the best experience with IBM, then Deloitte and Telstra. I hope that this has helped you become more confident in asking for adjustments, and remember to never give up on asking for them!

Krystal is a penultimate student studying a Bachelor of Commerce with a major in human resources and a minor in marketing. She loves making videos about health, student life and assistive technology, and loves hanging out with her two dogs and going travelling!

Share
Previous Windmill in a Hurricane
Next Movable Feast #1: Ludwig Wittgenstein and the Mystical