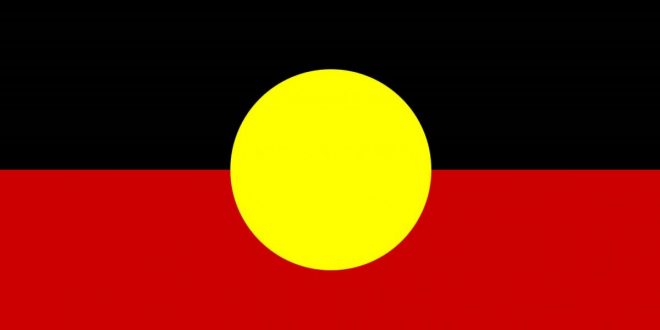 Given the target demographic of this student magazine, it may come as a surprise to many of you that it was recently National Reconciliation Week. Frankly, on behalf of every non-Indigenous Australian, believe me when I say that it felt exceptionally unexceptional. Even more so given that just last month, history was made when the first Indigenous person was sworn into a cabinet position. Don’t get me wrong, I think reconciliation is an important issue— I just don’t think that a reconciliation week is the right way to go about it.
Think about it this way: the only time I remembered it was reconciliation week in high school was when about 20 Aboriginal people suddenly appeared at my school. To put that into perspective, the usual Aboriginal head count was half of that.
These guest speakers would always spend the assembly time teaching us about Aboriginal culture with all the excitement and enthusiasm of a 7 year old watching Frozen for the 50th time. And trust me when I say that excitement didn’t translate very well to the gym full of horny, pubescent teenagers in attendance. If the speakers were 7 year olds watching Frozen, then we were as excited as the mums and dads watching it with them.
Looking back, one wonders what might’ve been had the government invested even half of the effort they spent tightening the country’s border, on closing the gap between our cultures. At the very least, maybe the assembly hall wouldn’t have felt like a funeral with an interesting soundtrack.
Speaking of assemblies, the thing that has always struck me about them was the way that they start. With the “Acknowledgement of Traditional Custodians”. For those who don’t know what it is, that was the whole “I would like to acknowledge that this meeting is held on the traditional lands …” thing that the principal would always start the assembly with. To this day, during that acknowledgement, one question always pops into my head: why? Who does this help?
Being of Indian descent, trust me when I say that my ancestors (and the ancestors of every colonised nation) suffered atrocities that were deserving of a little more than just an acknowledgement of said atrocities. For one, I’d like to think that they believed that someday their descendants wouldn’t suffer the same prejudices and injustices that plagued their existence.
I often wonder: if they were here today, what would they think of the world? More importantly, would I be able to stomach the look of disappointment on their faces?
And then there’s the statement itself. It merely acknowledges the Indigenous claims to the land, and how we (which is to say modern Australia) are merely occupying the land. Am I the only one that thinks this is absurd? Think about it this way, imagine it’s been a long day and you’re about to sit down and have some well-deserved dinner, when you hear a knock on your door. Who could it be? Why it’s your landlord of course, here for the outstanding rent. So, you sit him down, hand him a glass of water, reach into your pocket and pull out your palm cards. You take a deep breath and say “We acknowledge the Traditional Owners of this 25m2 apartment and recognise their continuing connection to the beige carpets, water bills and life-threatening black mould in the bathroom. We pay our respects to their Bank Lenders past, present and emerging.” Sure it’s a little unorthodox but at this rate it might be the only way to solve Sydney’s housing affordability crisis.
But let’s come back to the original question: who does this help? Does the acknowledgement help the thousands of Indigenous Australians suffering from chronic alcoholism? Does it address the catastrophic 20% literacy gap between Aboriginal and non-Aboriginal students? Does it educate the millions of Australians that still think “ape” is a perfectly fine description of an Aboriginal footy player? It’s funny, I think there’s one thing that the acknowledgement of country and the university’s Indigenous scholarships have in common. They both make you ask: why offer it when there’s no one to receive it?
So, on the 11th anniversary of former Prime Minister Kevin Rudd’s landmark “Sorry” parliamentary speech, maybe it’s time for all Australians (not just politicians at election time) to reassess just what we as a nation believe our first peoples deserve. Rather than acknowledging the claims of the Indigenous people to the land; maybe we should acknowledge the 200-year-old debt that we’ve yet to repay.

Lexman is pursuing an Honours degree in Mechanical Engineering, so he has plenty of experience writing needlessly long pieces of writing. When he’s not busy procrastinating on Youtube, he likes to spend his time feeling superior to civil engineers.

Share
Previous Found outside the Chancellery, a message written in blood: ‘cancel trimesters.’
Next Letter to the Editor: Response to “National Reconciliation Week: Opinion”