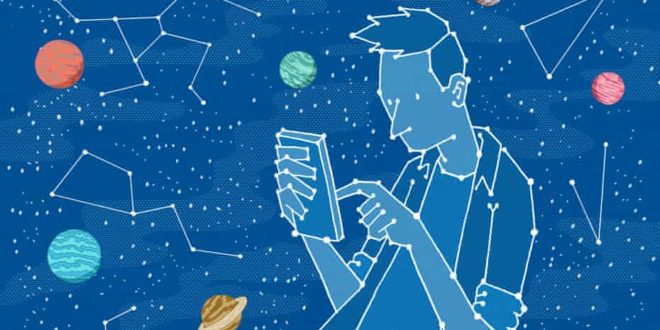 Myths: the comfort of (not) knowing

An exploration of the rise of modern mythology, and why we love horoscopes, crystals and manifesting.

When it rained at lunchtime, wet weather arrangements usually involved squashing thirty to forty of us into a windowless annex of our primary school library. A bulky TV on a portable stand would be wheeled in regally. And then, after at least two audio-visual failures, the glowing screen would quieten us for the rest of the hour. On those gloomy afternoons we watched videos about Tiddalick the frog, who greedily drank all the land’s water in the Dreamtime, until a snake made him laugh so hard that the water gushed out and formed today’s rivers and streams. We watched an animated Pandora open a box and release evil, death, and misery into the world; and learnt how Pan Gu separated yin and yang, becoming the world’s mountains and farmlands to keep heaven and earth apart.

Even then, these videos seemed quaint and ultimately forgettable. At the age of six, I was proudly aware that rivers were an extension of oceans and mountains were formed by the collision of tectonic plates. And death, well, I was pretty sure it didn’t come from a box. I was fortunate to grow up in a time when those things seemed obvious. From the moment I was old enough to start asking why, I received answers that were rooted in science and evidence. But for most of human history, our answers were more observational rather explanatory. The question ‘why’ ended in ‘that’s the way it is’ a lot more often than it does today. I imagine that not knowing why it rains, or why we get sick, would make the world seem like an unpredictable and unsafe place. It follows then, to construct these narratives and ascribe an explanation to these fundamental questions.

The narratives also served a purpose beyond merely satisfying intellectual curiosity. In the absence of precise scientific tools, ancient societies used patterns to form theories and frameworks on how to live. For centuries, Ayurvedic medicine has extolled the benefits of turmeric and pepper in hot milk, used as a remedy for the common cold. We now know that its active compound, curcumin, has anti-inflammatory effects, which has better dietary absorption with pepper. Indigenous elders used to say that you can tell when a new season is coming because a big gust of wind would precede it. Climatology suggests that maximum sustained winds are at their highest in November, incidentally just before the peak of summer.

Many would agree that scientific and technological developments have rendered old tales and traditions outdated.  The sun that Icarus flew too close to is now put to work to heat up our homes, rare elements from the earth’s crust become iPhones, and Poseidon’s oceans are dotted with thousands of oil rigs so that we can drive around comfortably. Within a year of the onset of a pandemic, a vaccine with a 95% effectiveness rate was developed, trialled and administered to the most vulnerable and exposed Australians.

If our indoor houseplants are dying, we can search exactly what combination of light, water, and fertiliser will revive them. Even for less curable problems, like mental illness, we can apply scientific rigour to classify them and prove what works and what doesn’t. In many ways, it feels like the world can be explained, that there is a cause and effect for everything, and there is nothing left to theorise. With faith and religion on the wane in the West, it appears that people are not too bothered either.

I recently ate at a restaurant where the menu items were named after star signs. There were Pisces Spring Rolls, Gemini Steamed Xiao Long Baos, and Aquarius Vegetarian Dumplings, among others. I found this amusing but unsurprising, considering that this restaurant had the other characteristics of trying to appeal to young people – underwhelming cocktails and backless wooden stools. Every trendy stationery shop I’ve come across has a wide selection of diaries, each with affirmation and manifestation prompts inside (which involve repeatedly writing and thinking about your goals so that they will ‘manifest’ themselves into your life). A friend once justified avoiding small talk with her co-workers to me because ‘she is an absolute INTJ’.

Manifesting, star signs, affirmations, crystals, enneagram, mercury retrograde, Myers-Briggs. These words are probably familiar to you if you are in your late teens or 20s. Astrology is enjoying a cultural resurgence, and this wave has permeated social media with a distinctly Gen Z flavour that includes concepts such as affirmations and personality scales. Healers and astrologers have amassed large followings on Instagram and TikTok, and high fashion brands such as Vetements and Valentino have featured zodiac signs and cosmic patterns in their recent campaigns. Astrology app Co-Star offers a ‘hyper-personalised, social astrology experience’ premised on using AI that ‘merges NASA data with the insight of human astrologers’. The on-boarding process involves a series of questions about the date, place and time of the user’s birth down to the minute. The app then delivers a series of predictions and affirmations to the user’s lock screen every morning, which can be shared with friends.

How is this happening? The numinous concepts of astrology, attraction and healing crystals seem entirely incongruous with our quantifiable, data-driven world, particularly as astrology has no proven scientific base. Studies have also shown that if you write a generic personality description and tell someone it applies to them, they are likely to perceive it as accurate. It is even more surprising, then, when the people championing this are young, educated people who have grown up in a society governed by science. Granted, many young people engage with astrology ‘ironically’, using it to jokingly deflect from their problems, but the widespread nature of this new movement means that most people end up picking and choosing at least some parts they identify with. Who doesn’t feel slightly happy after reading an optimistic horoscope?

The tales of Tiddalick the frog and Pandora not only explained natural phenomena, but contained lessons on how to live, how to treat others, and what kind of person to be. They taught societies about greed, jealousy, courage and compassion, and prescribed an order and set of rules in an otherwise unpredictable world. Technological advances have equipped us with a factual code to navigate the world, but we’re still presented with some of the same questions, repackaged in a bio-degradable hemp tote bag. The questions that we grapple with today are perhaps more abstract and ineffable. They concern who we are as people, why we are this way, and why people respond to us in certain ways. No level of space exploration or medical research can quell the innate yearning to know why he didn’t text back, if our grad job will bring us happiness, or how some of our friends just seem to cruise through life so easily. So, we turn to anything we can, and seek solace in predictions from strangers, the alignment of the planets, and categorising ourselves into neat algorithmically generated personality descriptors. Perhaps the real myth here is thinking that myths are a thing of the past.