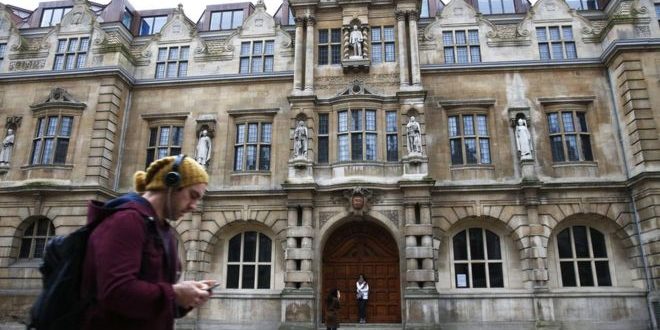 A critique of Josh Wooller’s article, “Must Rhodes Fall?” in Honi Soit, which fails to consider the greater problem of British attitudes towards the nation’s colonial past.

Students at Oxford University have staged protests, calling for the removal of a statue of Cecil Rhodes, an English imperialist and benefactor of the university, on the grounds of the barbaric acts he committed during the colonisation of Africa. Defenders of the statue claim that the statue should remain as a vestige of Oxford’s, and indeed English, history – for better or worse.

One such defence of the statue comes from Josh Wooller, who argues in his Honi Soit article that whilst Rhodes’ values are certainly abhorrent, historical figures cannot be judged by modern values as this creates an “impossible standard for the past” and endorses historical revisionism. He also maintains that the Rhodes scholarship, one of Rhodes’ most famous legacies, has transcended the heritage of its namesake by providing students access to education.

It is easy to conflate the issues of the Rhodes scholarship and the Rhodes statue, but fundamentally they are different. There is some delicacy surrounding the issue of whether Oxford has a right to use colonial money. The issue of Rhodes’ statue is much clearer.

Wooller misses the point if he thinks that the call to remove the statue is about historical revisionism. Its real focus is on the values that British society has today, and how flexible national identity should be. A statue is more than history: it is idolisation.

When the statue of Saddam Hussein fell in the Iraq War, we did not condemn this as historical revisionism. We claimed instead that it was a step towards adopting new, liberal, democratic values. Nor do we decry the destruction of the numerous statues of Lenin in ex-Soviet countries, as the new states disconnect themselves from their Soviet past. Statues can be more meaningful than history because they denote a respect for the individuals they commemorate. Oxford should certainly think twice about keeping a statue that pays tribute to an advocate of imperialism and outright racism.

There have been successful attempts at removing colonial symbols from various educational institutions. Harvard Law School recently voted to change its coat of arms, after protesters claimed that the Law School’s founder, Isaac Royall Sr., who earned his fortune from slave trading and slave plantations, was not an appropriate representative of their school.

Their justification was spot on. Harvard Law School needs an emblem that represents their values, the committee report said, “which the current shield does not.”

However, this view is not the norm. A recent YouGov poll found that around 43% of British citizens believed the nation’s colonialism was part of a history they should be proud of. Only 21% stated it was something they regret. There’s still a long way to go. Knocking down the statue would be a clear cultural and attitudinal statement about where Brits stand in regard to their values and identity.

At its core, the discussion about Cecil Rhodes is not historical. Statues and idols are often symbolic and reflect the values of the community in which they stand in. Ultimately, it comes down to the question: Should modern British society be proud of its colonial past?

Wooller’s defence of the statue on the grounds that it would be historical revisionism suggests that we are rewriting history to suit us. But history is not a statue – it’s a record, one that will remain in Britain’s past until the end of time. Destroying idols such as the Rhodes statue shows that we’ve learnt from our past, and shifts focus onto modern views of morality and civil rights. It shows that we are forging a new national identity for ourselves (or in this case Britain), one based on respect for decency and righteousness and not the antiquated, racist attitudes of colonial patriarchs.

Share
Previous What Even is a Male Feminist?
Next Don’t be Arc Bored