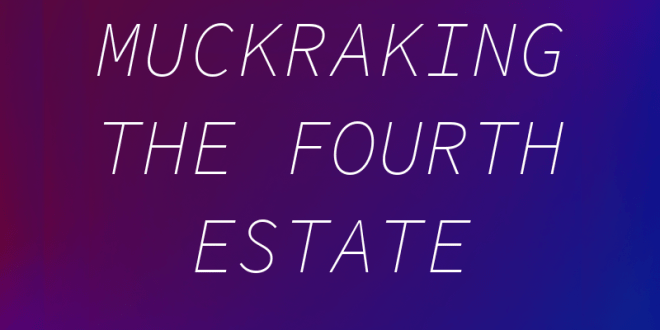 Muckraking the Fourth Estate #2: Why is Phone Hacking Wrong?

‘Muckraking the Fourth Estate’ is a fortnightly media history column by Henry Chen.

In this series, we investigate the legal and ethical consequences of historical media scandals, in an effort to better understand the unspoken rules governing the news we see today.

Why Is Phone Hacking Wrong?
Revisiting the Leveson Inquiry

On 4 July 2011, the Guardian UK reported that a private investigator working for the British tabloid News of the World had hacked the voicemail of murdered schoolgirl Milly Dowler. The public backlash was so intense that after just three days, the 168-year-old newspaper closed permanently. Two weeks later, British Prime Minister David Cameron established a public inquiry into the culture, practices and ethics of the press.

Once the dust had settled, News of the World editor Andy Coulson was sentenced to 18 months imprisonment for his role in conspiring to hack hundreds of phones. Eight years on, has anything changed?

“Privacy is for paedos. No one else needs it. Privacy is evil.” Such was the colourful pronouncement of journalist Paul McMullan before the Leveson Inquiry. Why is he wrong?

In the UK, Article 8 of the European Convention on Human Rights maintains that “everyone has the right to respect for his private and family life, his home and his correspondence”. Voluntary regulatory bodies (IPSO in the UK, MEAA in Australia) also impose codes of ethics. But amidst the relentless deadlines of a newsroom desperate for content, moral exhortations carry little weight.

In Australia, privacy law is even more stunted. We have no Bill of Rights. Breaching someone’s privacy is not an actionable civil wrong, except in rare cases where there is an existing relationship of confidence, such as between doctor and patient. The most we can say is that Part 10.7 of the Commonwealth Criminal Code makes outright computer hacking illegal.

Who’s to blame for media misbehaviour?

Hauled before the Leveson Inquiry, British broadcaster Piers Morgan recounted how he once asked for legal advice on the likely outcome of a lawsuit in deciding whether to publish stolen material, and calculated that “50 grand would have been well worth paying for a front page and two spreads inside and the bigger sales revenue it would bring”.

Former News of the World journalist Matt Driscoll laid out how journalists would deliberately use intrusive practices like ‘blagging’ (ringing up service providers and impersonating a client to trick them into handing over private data) to be absolutely sure of the details of a news story. They did this to fend off the more pressing legal risk of defamation lawsuits. No thought was paid to the victims’ privacy.

The only economic incentive promoting ethical media practices is the newspaper’s reputation. That comes back to what we readers are interested in, and what media practices we will tolerate. During the inquiry, Lord Justice Leveson drily observed that “many people appear to be endlessly curious about the personal lives of sportsmen and women, film and pop stars, and fashion models”.

What does the inquiry mean today?

The Leveson Inquiry represents a high water mark of public awareness of media misbehaviour, but it is difficult to see it as anything other than a flashpoint in a futile struggle.

Lord Justice Leveson recommended that the British Parliament should create an independent statutory media regulator. Prime Minister David Cameron refused. In 2018, the Conservative government controversially cancelled the second half of the Leveson Inquiry, citing changes in the media landscape.

A great deal of information that would once have required telephoto lenses and private investigators to uncover is now unwittingly made public on social media by individuals themselves. Short of committing actual criminal offences, there seems to be no reason why the media would hold themselves back.