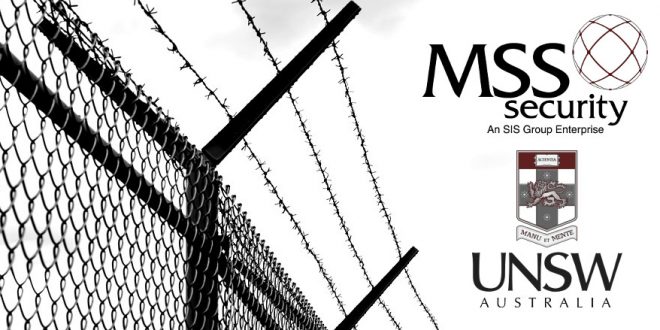 The UNSW academic establishment has had a keen interest in researching the legal and social experiences of refugees, asylum seekers, and those in circumstances of forced migration for a long time now. The Andrew & Renata Kaldor Centre for International Refugee Law and the Faculty of Arts and Social Science’s Forced Migration Research Network are two examples of this. Both of these projects are invested in conducting research to advocate for the rights and safety of refugees and asylum seekers, with the former even boldly describing itself as an “intellectual powerhouse with global impact.” 1

The contradiction that exists in a corporatised academic institution like UNSW is the dissonance between the research of academics and the investments of a university racing to the bottom. One of the most striking examples of this is The Faculty of Science claiming to be a leading researcher in climate science and climate change mitigation, though the university which it operates beneath continues to hold $16 million in fossil fuel investments.2 In the existence of these projects that advocate for the rights of refugees exists another of these all too common contradictions.
UNSW sub-contracts security services from MSS Security, the same company indirectly sub-contracted by the Department of Home Affairs, via Serco Australia, to provide, in the words of the Joint Select Committee on Australia’s Immigration Detention Network , “assistance with security” in Villawood Detention Centre, the Asti Motel, Darwin Detention Centre, and Christmas Island Detention Centre (prior to its shutdown in 2018). 3 The contract signed between UNSW and MSS Security is valued $14,041,126.72. 4

Christmas Island Detention Centre, one of the centres that MSS Security is present at, is the same centre that Kurdish-Iranian journalist and refugee rights activist Behrouz Boochani was taken to before being transferred to Manus Island. Ironically, Boochani was recently appointed as an adjunct associate professor at UNSW, an institution that lets the company that was complicit in the abuse of refugees and even Boochani, pocket millions.5

The Department of Home Affairs signed a five year contract with Serco Australia that commenced on the 10th of December 2014. Recently this contract was extended by two years, meaning its amended end date is now the 10th of December 2021.6 This contract assigned Serco with the “full responsibility for the management and control of the Facilities”— the currently operational ‘facilities’ being referred to are ‘Sydney Immigration Residential Housing’, ‘Villawood Immigration Detention Centre’, Yongah Hill Immigration Detention Centre, and notably, up until its closure in 2018, Christmas Island Immigration Reception and Processing Centre.7

Within this contract, Serco Australia is given the option to sub-contract to assist in the management of detention centres though “subcontracted security staff are intended to supplement rather than replace Serco officers.”8 Serco has subcontracted Wilson Security and MSS Security, though reports show that the role of sub-contracted security staff is much heavier in detention centres. The Union of Christmas Island Workers claimed that in Christmas Island Immigration Reception and Processing Centre “MSS work in all positions within the detention facilities as…client service officers or detention officers. They work in all areas. When politicians come to town, things change.”9

Accessing honest information regarding the operation of detention centres from employees has been difficult since the introduction of a two year imprisonment penalty for whistleblowers in 2015. Additionally, there is an immense lack of transparency in regards to the contract signed between MSS and Serco, making it difficult to understand both the duration of the contract and the responsibilities of each company’s guards. Antony Lowenstein implies that this vagueness in the agreement between the companies is intentional as “if the MSS staff were indeed held by a court to be contractors… it limits Serco’s vicarious liability for its actions if MSS staff were involved in conduct that resulted in tortuous legal action.”10

Despite this lack of transparency, MSS Security’s complicity in the various human rights abuses occurring on Christmas Island is inarguable considering their heavy presence in the centre reported by the union. For instance, the preventable death of Fazel Chegeni Nejad was directly linked to the inadequacy of security guards, who despite hearing the alarm triggered by Chegeni Nejad’s attempted escape, failed to respond and delayed a search. Chegeni Nejad’s body was found “50 metres from his escape point.”11 Even prior to this tragedy, it was warned by both medical and administrative parties within the centre over a dozen times that Chegeni Nejad’s “mental health was being harmed by his detention, highlighting his history of torture and trauma in Iran, his repeated suicide attempts, and recommending he be released.”12 Chegeni Nejad’s death is not simply a result of the inadequacy of security guards in one instance, but rather due to the organisation of a torturous institution that systematically denies refugees and asylum seekers dignity.

On Tuesday the 27th of May 2014, a symposium on Public Health, Human Rights and Asylum Seeker Detention was held at UNSW, where two UNSW academics spoke of their experiences visiting Christmas Island.13 They reported physical health problems such as rotting teeth and fungal infections, a lack of medical equipment on the island preventing proper assessments of health, and a high rate of mental health problems in detainees.14 Again, we see a contradiction— UNSW academics researching the health of detainees on Christmas Island beneath an institution that financially supports a company that is complicit in the deterioration of refugee and asylum seeker health.

MSS Security is known to have a presence in Villawood Immigration Detention Centre as well, which unlike Christmas Island, is still active.15 In 2019 alone, there have been two deaths at Villawood. Both detainees had a history of severe mental health problems, with one of them taking his own life. 16 17 There have been allegations of abuse, mistreatment, and guards discouraging detainees from pursuing complaints about their treatment.18 MSS Security is clearly woven into the fabric of the detention centre establishment of Australia, which has repeatedly proven that its treatment of refugees and asylum seekers is incredibly inhumane. It is critical that UNSW stops allowing MSS Security to pocket $14 million.

In 2016 the Nauru files exposed the tremendous violations of human rights occurring on Nauru Regional Processing Centre. The documents revealed the abysmal treatment of refugees and asylum seekers within the off-shore detention centre that included systematic sexual assault and abuse of detainees by guards.19 Wilson Security, a seperate security contractor, was at the time providing guards for Manus Island and Nauru, and was held responsible for this treatment.

In response to this, several institutions boycotted Wilson Security. These included The National Gallery of Victoria and Southern Cross University with activists putting immense pressure on several other companies including Woolworths and Coles to follow suit. This culminated in Wilson Security deciding not to renew their contract with Boradspectrum (equivalent to Serco), saying that the “provision of security services at Regional Processing Centres (RPCs) is not in line with Wilson Security’s long term strategic priorities.”20

A precedent has been set and there is a precedent which can be followed. UNSW is complicit in the violence that occurred on Christmas Island and continues to occur in Villawood, and several other detention centres across the country. Despite the immense support for the rights of refugees and asylum seekers by the academic establishment at UNSW, the university continues to allow MSS Security to pocket $14 million.

Share
Previous How to Talk About Movies at a Wedding: Pain and Glory
Next Ultraviolet