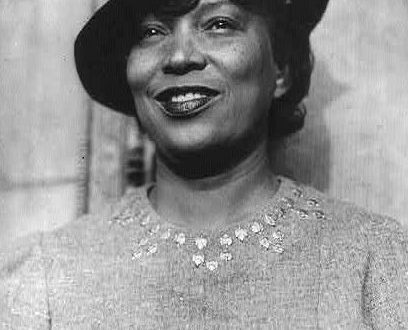 ‘Movable Feast’ is a fortnightly philosophy and culture column by Rhys Rushton.

The term ‘movable feast’ is taken from the Hemingway novel of the same name, and references that there are experiences and ideas that you take with you throughout your life and inform how you live. Today we are inundated with information. It’s hard to sift through it all and see what’s relevant. This column looks to artists and intellectuals to find inspiration and guidance for our day to day experiences.

‘We tell ourselves stories in order to live.’ An astute remark made by the exceptional, multi-talented writer, Joan Didion. This quote though, has more applications than the one I think Didion had in mind. It’s true that yes, we tell ourselves stories to make sense of the world, each other and ourselves. These fictions constitute our reality and we stumble through them, never really conscious of the fact that our reality is in fact a heuristic. It’s not the whole picture. So we live these stories to save us from having to constantly assess our reality. It saves us time, energy, and means we can focus on higher order things. However, this is not really the point of this article. Rather, this piece will focus on the other, more extreme application of Didion’s words, that stories are what enable people to survive. Especially for groups who have been and still are marginalized within society.

But first, who was Zora Neale Hurston? She was a writer of both fiction and non-fiction, a filmmaker and also an acclaimed anthropologist. She achieved substantial recognition for her work in all these fields, an extraordinary feat. However, it is even more so given that as an African-American woman who lived in America (1891-1960) she also had to face a whole range of challenges and systemic impediments that her contemporaries didn’t.

Arguably, her most famous work of writing is Mules and Men (1935),  a collection of stories Hurston collected during a couple of trips she spent in the south of America. She began in her hometown of Eatonville, Florida, and from there she traveled, collecting stories from the local people.

The stories she collected were specifically African-American folk stories, or as the people who tell these stories call them, ‘lies’. The book is well worth reading, not just because of the stories that Hurston managed to record, but also because Hurston herself was an excellent writer, the stories interspersed with Hurston’s remarks about her own observations and experiences. In a way this book at times seemed like a precursor to Fear and Loathing in Las Vegas: Hurston drives around the country in a car, seeing a side of America that no one acknowledges, but in Hurston’s case the America she is documenting is one that is  redeeming, at least in some part.

Of course, the situation that Hurston finds herself is the result of an abhorrent and horrific history, the effects of which are still felt and seen today in America. However, that these stories exist, despite a system that is fundamentally hostile to them, is an indication of the ingenuity of humans, their strength, but also the importance, our very real need, to make sense of the world through storytelling.

It would be impossible to do justice to the stories in the book, and part of their character comes from the storytellers Hurtson describes. I won’t repeat any here, rather I strongly encourage you to go and read the book, but the stories are about how the world got to be the way it is. Magic, anthropomorphism, luck, satire and pain are all essential.

What is striking is that there is no concern with hard realism. The stories are largely fantastical, and really why wouldn’t they be? The storytellers were not  treated as human, in a country that professes to enshrine the rights of humanity in its very constitution. The stories may not be concerned with hard realism, but they are realistic in that they mirror a reality that is in and of itself a fantastical nightmare.

The stories function as a means for people to live within a narrative they themselves own. This idea of the ownership of narrative is an important one, when considered within the framework of what critical theorists Adorno and Horkeimer called ‘The Culture Industry’; simply, the culture industry describes the way culture becomes commodified within capitalism, hence losing distinctness and intrinsic value. Why does this relate to Mules and Men? The stories told in this book are ones that are told orally, Hurston has set them down on paper and compiled them into a book. The book then gets marketed and sold and spread across the globe. To what extent to the creators of these stories own them anymore? What do the stories mean now they have been separated from their context? Some would argue that there is little to no difference. But this misses the point.

The stories at their core are a mode of empowerment, something to provide a safe space and a demarcation in cultural discourse. The stories ability to sustain people is in part due to the stories being ‘theirs’, something that couldn’t be taken away from them. This changes with the book. This is not an issue for Hurston at all. Rather it is an issue for consumers. For people like myself who aren’t a part of the group who these stories really belong to. We should be wary and respectful in the way we consume cultural content, because these stories are not just for entertainment or pleasure.

This is the issue termed ‘cultural appropriation’. I argue that this is in part euphemistic: it is a type of violence, of course not physical, but spiritual (if it is possible to use that word without neck bearded New Atheist’s shaking their heads at me). Just consider the fact that until a few weeks ago it was okay for people to trample over our equivalent of the Blue Mosque, or La Sagrada Familia. If people started abseiling down either of these buildings, there would be uproar, not just from the devout but from non-religious citizens too – and rightly so. But still, Pauline Hanson can be sure of some votes if she casts aspersions on respecting the dignity of Aboriginal Dreamtime. It’s easy to become a philistine when you can pay to own people’s history, or walk all over it, but if being a bit more conscious of consumption can fix that and make for a richer experience.

Share
Previous In Communion with Calliope: #2 Demeter
Next Making Superannuation Work for the Living