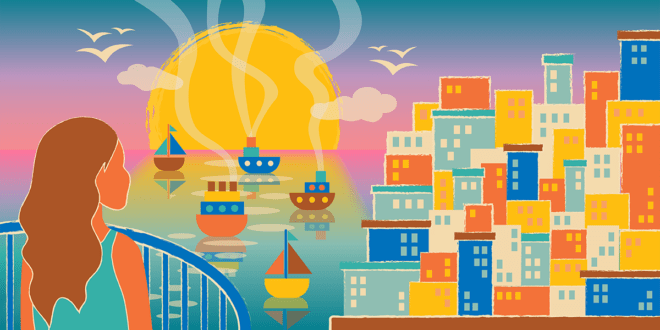 Migration Stories: My Grandparents’ Lives from Greece to Australia

My grandparents migrated to Australia from Greece in the 1950s and 60s. Each of them journeyed at a young age from different villages and towns to work in Australia and provide for their family back home. I’m writing this to share their migration stories.

My yiayia Eva’s story begins in a small seaside town in the Peloponnese in Greece. She came to Australia at 21 years old as a promised bride. This meant that she went to the country just to marry my grandfather after he saw her photo. They exchanged letters, but I don’t know if my grandmother wrote them herself because she didn’t get an education past year two. She travelled to Australia by herself and met her sister here., Her sister went back to Greece after yiayia had her first child, leaving her with little family except for the one she had just started to create. I remember yiayia telling me about working in sweet and lolly factories when she first came to Australia, alongside women who I now know as dear aunties in the community. Even though she’s lived in Australia for most of her life now, yiayia still deals with a language barrier and seems to still feel foreign in this country. My yiayia Eva is a family woman and also a performer at heart, having never stopped hosting people in her home and always entertaining us at every family gathering. Her sacrifices mean that my sister and I can have the lives we have today. We can explore dance and performing in a way that she never was able to.

My yiayia Eleni also came from a seaside area on the other side of the Peloponnese, a small village where her whole family worked as fishermen. She signed the papers to come to Australia as a teenager, without her parents. Yiayia Eleni similarly worked in sweet and chocolate factories here.

Yiayia Eleni is a loving, generous woman with a sharp wit. She is always there for us, even when she’s subtly making fun that her English is better than our Greek. She has always been open-minded toward anything I tell her about or want to do. I can tell that she wants us to be happy and fulfilled. Some of my favourite memories with yiayia Eleni have been learning how she makes our favourite foods like her tiropites (cheese pies) and sharing her recipes with us for sweets like koulourakia (biscuits). Even though I don’t know if yiayia will take any more trips back to Greece, she stays connected to our family overseas and has become a social media regular.

Pappou Yianni left his village on the island of Chios at 15 years old to work as a kitchen hand on several ships. After a short stint in New York, working as a painter and staying in a friend’s room, he eventually travelled to Australia in 1960. My pappou is one of the hardest working people I know. He was taught that hard work and doing the right thing were the most important things in life, and to this day, he never lets anyone else in the kitchen wash the dishes after meals. Pappou doesn’t often talk about his own experiences, but he always has a smile on his face no matter what and tells us, “Don’t worry, be happy.” I have been to the area that my pappou is from and have visited the ruins that overlook his village. None of his family still resides there, and it would be easy for his family’s lives to become forgotten history, but it holds a special place in pappou and our family’s story.

My pappou Christo was the first one in his family to come to Australia. It’s because of him that we have such a big family to cherish and celebrate with. We celebrate his birthday, name day and Christmas all on the same day – honouring the impact he’s had on our family. He is the son of genocide survivors from Pontos and was from a small village in Northern Greece. He left to create a better life for his family in Greece. Upon arrival in Australia, he helped create a community for Pontian Greeks here in Sydney, a community that I am still a part of and represent through dance and culture. He had to stop schooling at year four and was fighting in a civil war by 18. After all these experiences, he has managed to become a community leader and advocate. I have been told that pappou has softened in recent years, and I love that he’s been able to sit back and appreciate the family he has in Australia. Recently I asked pappou about his favourite Pontian word – he told me it was “lelevose”, meaning “I love you”.

Since my grandparents left Greece, both Greece and Australia have changed considerably. My grandparents left Greece right after a civil war. During the time they have been in Australia, Greece has transitioned from a military junta to a modern government. In more recent times, an economic crisis has impacted the lives of many ordinary people, including some family of ours. Australia has also changed a great amount. When my grandparents came, they faced discrimination but were privileged compared to the systemic discrimination and dehumanisation faced by Indigenous people.

I think it’s incredibly important to acknowledge that as immigrants, my grandparents, parents and now my generation live on Indigenous land as settlers and benefit from the colonial institutions in this country. It’s our responsibility to stand with Aboriginal and Torres Strait Islander people in the fight for their rights and freedoms.

None of my grandparents got the chance to finish high school, and some could not even finish primary school, so it’s not lost on me the immense privilege I have to study at university. Like all children or descendants of immigrants, I want to make them proud. I’m so grateful to have grown up with my grandparents around me and continue making memories with them.