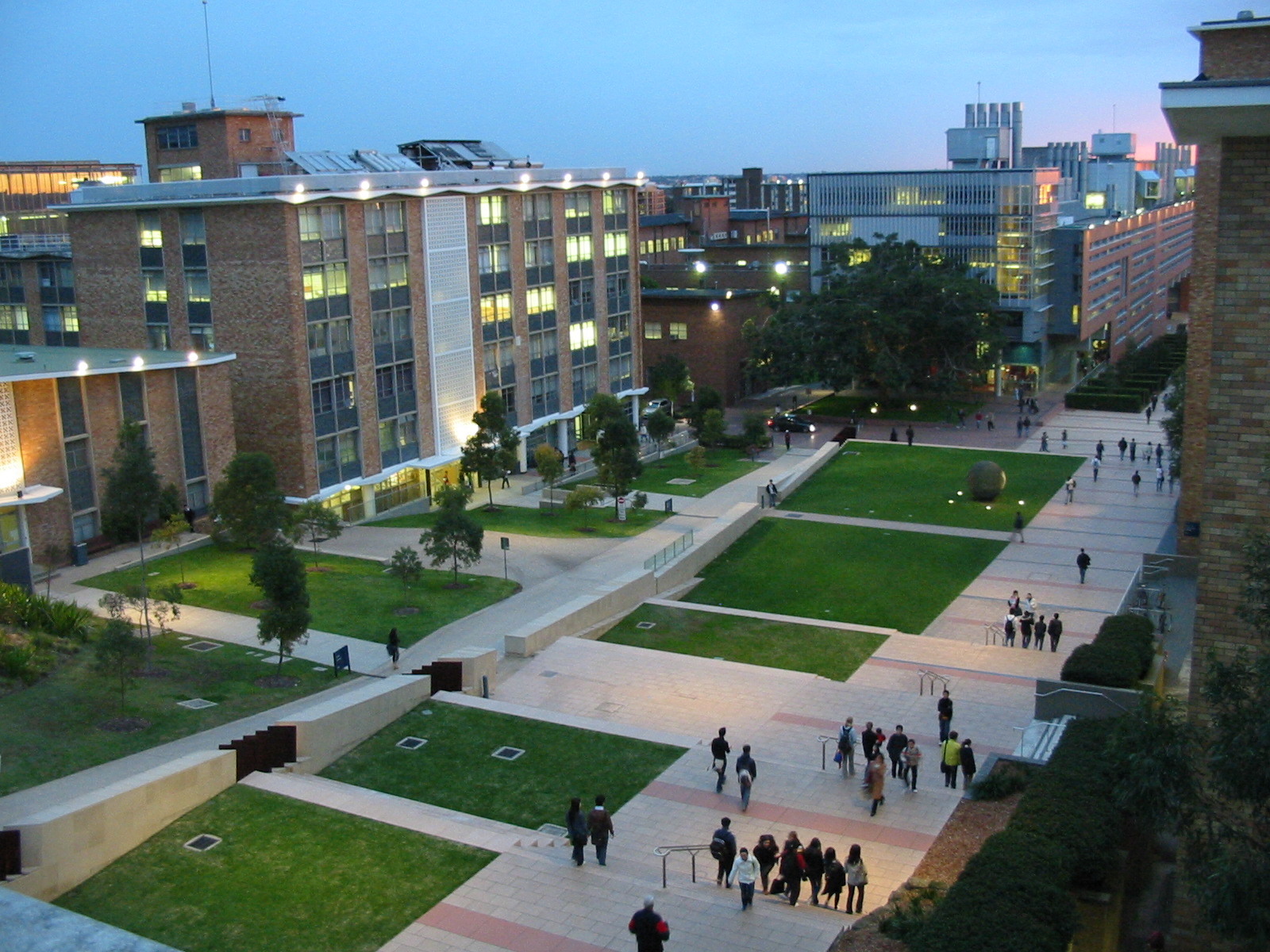 Mental Health at UNSW: Can More Be Done?

By Annabel Green and Annabelle Thorne

It only takes a minute to appreciate the growing recognition of mental illness in Australia. Lifeline and beyondblue’s phone numbers are scattered under relevant newspaper articles, RUOK has become an important day to check on loved ones, and Movember has taken its place as a light-hearted, yet poignant encourager for men to speak out.

Undeniably, this increased visibility reflects a national desire to address concerning mental health research. Recent statistics cited by the Vice-Chancellor, show that one in five Australians suffer from mental illness within a given year, and one attempts suicide every ten minutes. Research also indicates that mental health conditions are most prevalent amongst 18-24 year olds.

Since universities cater to this demographic, we must assess their role in addressing mental health. Through this article we seek to explore how our university has dealt with these challenges by examining subjective experiences. While we conclude that UNSW has established a reasonable framework to deal with mental health, we believe it must do more to make policy a reality in student’s lives.

Before we examine these issues, we must note that the university has a number of services available to those struggling with mental illness. These include Disability Support Services (DSS), Educational Support Advisors, Counselling and Psychological Services, the University Health Service, and Student Minds. It also produces a range of self-help guides, including a Back on Track module via Moodle.

Yet when researching UNSW’s broader stance, we found that it lacks an institution-wide strategy. Instead of utilising a guiding policy, a CAPS representative informed us that the university addresses mental health through a host of different guidelines. While this approach is subject to change, with the university undertaking a review likely to include a new Mental Health Framework, we could find little on its scope. Further, when we emailed schools for faculty-specific policies, they either stated they did not have one, directed us to CAPS, or told us they were not posted publicly.

Evidently, having no authoritative policy document is problematic. Not only does it prevent students from gaining insight into the university’s approach, it also hinders disability-related applications. For example, it creates confusion when applying for Special Consideration. Currently, Special Consideration aims to help those hindered by illness or circumstances beyond their control. To apply, a student must make an application through myUNSW within three working days of their assessment. The request must be accompanied by third party documentation, and students are told to note existing school policies on mental health. Yet, how can students be expected to comply with these policies when they are not accessible?

The student also suggests that, due to direct interactions between students and staff, the system opens applicants up to unprofessional opinions. It may be difficult to lay blame on individual tutors, as we cannot be sure whether they have been provided with adequate training. Yet, if the university uses a portal in which students communicate directly with staff, they must take responsibility for this. Tutors should receive better training to ensure that they are able to respond appropriately and with sensitivity.

In some circumstances, DSS may step in if a student is registered, limiting both arbitrariness and the need for interaction between tutors and students. However, many students with mental illness may not realise their issues qualify as a disability. Mental illness can be indiscriminate and be experienced when individuals least expect it. The condition may also not be ongoing. For these reasons, the more long-term approach of DSS may not always be a student’s first (or best) choice. Consequently, Special Consideration should play a role in assisting those with mental illness, just as much as it does for those with physical ailments.

Presently, the university’s problematic approach extends beyond formal treatment resources and Special Consideration mechanisms. For policy to become a reality, culture must also change. In some schools, students encounter a culture that is incongruous with the maintenance of mental welfare.

Within medicine, students are taught that the course they study places them in a higher than average prevalence category for mental illness. Yet, the way these students are guided to support their own mental health does not satisfactorily respond to this concerning fact.

Lauren Simpson, in her third year of medicine, says that her cohort feels pressured by the stigma that continues to surround mental health. She points to an underlying culture of shame in mental illness “that persists in the faculty and that is not being addressed”. As Simpson puts it, “you feel like you’re expected to be perfect when you’re a doctor, you need to be perfect mentally to do your job well … but that’s just unrealistic.”

Simpson’s experience speaks to the prevailing perception that lofty procedures and listed resources do not translate to a supportive learning environment. This is also true regarding  the conspicuous absence of trigger warnings for topics like suicide, eating disorders and sexual violence, both in classrooms and in online spaces such as Moodle.

Trigger warnings are no longer so innovative as to be reasonably considered a radical teaching strategy. As Cornell professor Kate Manne has written, they are simply a coping tool for “vivid reminders” of trauma that can otherwise “serve to induce states of body and mind that are rationally eclipsing”. And yet, the mention of trigger warnings in academic spaces is still often accompanied by controversy.

Why is this the case? According to Lauren Stinson, UNSW Law Undergraduate Representative and sexual assault survivor, it comes down to trigger warnings being misunderstood in two key ways. Firstly, there is a misconception that students would completely avoid all potentially re-traumatising content were they forewarned, thus hindering a liberal education. This might be the most appropriate action for some who are in a delicate recovery stage. However, for many others, trigger warnings simply let students allocate more time to complete readings and schedule self-care activities. In all cases, Stinson says, it is about “empowering students to look after themselves” and engage with the content the best way they can. This return of agency, notes Stinson, is particularly important for sexual assault survivors who “lost that control in the event”.

The second key misconception surrounds the fact that trigger warnings are not just for the obvious examples. They are not designed to exclusively capture content students could easily identify themselves, for example, the criminology course “Violent Sexual Offenders”. Rather, trigger warnings respond to the fact that re-traumatising content can arise in a range of teaching contexts. In fact, the more unpredictable examples are the ones that most clearly make the case for trigger warnings, as they can produce the most devastating outcomes. This was the case for Stinson herself.

As part of her Psychology degree, Stinson undertook a course in Social and Developmental Psychology. Students were shown a video of psychological responses to authoritative figures. Students were told that the content may be “distressing”, but were not warned that they would be exposed to real footage of a teenager being sexually abused.

The incident caused Stinson such a vivid recollection of her own assault that she attempted suicide three weeks later. She spent a month recovering in hospital.

With Stinson’s experience in mind, it becomes difficult to understand how trigger warnings could not already be common practice at UNSW. How can the cultural approach to mental health lag so shockingly behind? This is, after all, an institute that prides itself as much on its innovation as it does on its commitment to student welfare. Including appropriate warnings for common triggers should not be arduous for educators who are presumably experts in the content they teach.

As noted before, it is also exhausting for individual students to signpost their trauma for each lecturer. Trawling lecture slides in an attempt to predict and prepare for triggering references is also laborious, and an unfair burden to place on recovering students. Most importantly, as Stinson’s case so devastatingly points out, it is not a failsafe path to protection.

Rather than presenting students with obfuscated options and upholding the discretion of individual staff members in responding to student needs, UNSW should be at the forefront of efforts to discuss and manage mental health more acceptingly and in a genuinely supportive manner. While we acknowledge UNSW’s existing efforts towards this end, students feel that more must be done.

The request is reasonable. The question remains, will the response be enough?

Note: the Law Faculty has recently indicated that they will soon be implementing trigger warnings.

Issue 3: DISABILITIES is out now! Pick it up from a stand around campus, or from the UNSW Bookshop.

Previous God’s Country
Next I Should Tell You…