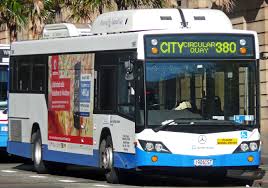 We’ve all been there right? Some guy thinks it’s his right to invade our personal space on public transport.

The other night as I was on my way home from a church gathering, I caught the bus down to the corner of Elizabeth and Bathurst Streets, walked into Town Hall Station where I went down the escalator to the T4 line platform and patiently waited for my train.

The train arrived and as I went to board I felt an arm go around my back and before I knew it some bloke who I don’t know felt that it was his right to put his arm around me. Not only that, he also felt it was his right to extend his hand around to my chest, neither of which I consented to.

I felt violated as I went and sat by myself up the front of the train, it’s not the first time I’ve had men invade my personal space and I’m pretty sure it won’t be the last. That’s why I am angry.

In some cities, men thinking that they have the right to a woman’s body in public has led to trial women’s carriages, when we really shouldn’t have to have them.

It is the male sense of entitlement to women’s bodies and lives that has led us in Australia to face a huge problem with violence against women.

We have a government program that is literally called going home staying home which has seen women’s shelters have their funding evaporate (and don’t get me started on the shelters which don’t accept transwomen).

We saw in a recent rape case that when the Minister for Women and Prevention of Domestic Violence and Sexual Assault spoke out against a bunch of prominent (mostly male) people who gave glowing charter references to a brutal rapist, the male dominated legal profession chucked a massive fit about her rightly calling out that bullshit.

Share
Previous Sexual harassment is not part of my job description
Next What’s Wrong With You?