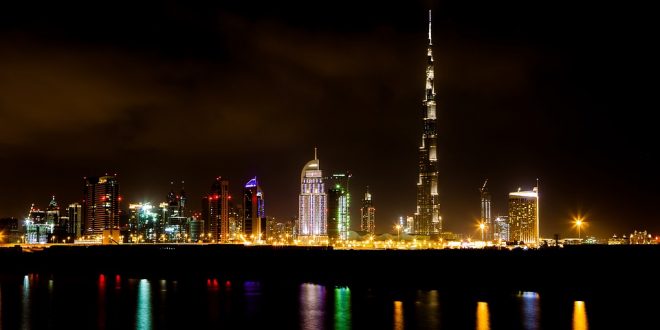 Memoirs of an Expat Childhood

“Where are you from?”, I was once asked by a classmate in the first year of my degree in International Studies. This question always evokes a sigh. Not of anger, but of tiredness. Of knowing that the answer is not simple or short. I said, “I am Australian, I grew up in Sydney. My parents are Indian. But I was born in Dubai.” I added the last part, as if it were a small detail. “So you’re from Dubai, then?” This struck a nerve for me. “No”, I said. “I guess I’d call myself Australian, or Indian”. The girl didn’t seem convinced, furrowing her eyebrows and letting her disbelief hang in the air in stilted silence.

The interaction made me reflect on my identity for the first time in a long time. Afterwards, I tried to find a simpler answer for the inevitable next time I was asked this question. I found that I couldn’t. It was true. I was born in Dubai, a 40-degree city in the UAE. A small, chubby, pale baby clad in cotton Osh-Kosh onesies, I toddled around our white-tiled complex. My bare feet slapped the tiles warmed by the dusty heat, while I clutched the brown couch for support. I remember close to nothing about those days, save a few memories stitched together by old home videos I would re-watch later.

When I moved to Sydney in 2004, aged 5, my collection of socks rapidly grew as I adapted to the marble floors of Sydney. To a gulf-born baby, Australian winter was cold. My hair was curly and black, my cheeks pale and chubby. I was frequently swallowed by an itchy, oversized tangerine coat passed down from my older brother, so that my silhouette consisted only of two, unruly pigtails fountaining from the sides of my head.

That year, my family and I squeezed into my uncle’s house in Wahroonga, while I attended a small primary school surrounded by the green, leafy Kuring-gai bushland. I don’t remember much from 2004, only a few small vignettes, obscured by time and doubt: my favourite patchwork leather backpack shaped like a shoe, and spending my mornings silently perched on the wooden staircase of my auntie’s house watching my family prepare breakfast. In the winter, the crisp Sydney air was swallowed by sun rays, where I would bask in patches of sun. Our house was cradled at the bottom of a tall hill, where I would chat with the children on the street, swing on the rubber swing sets across the street, topple down the staticky red plastic slide, and buy Zombie chews with dug-up fifty cent coins.

To this day, I can hardly pick out any faults with this existence. Still, I view these years through the rose-tinted glasses of an innocent seven-year old.

When I was 9 years old, I was told we would be moving back to Dubai indefinitely. I remember picturing the long plane trip, new school, and crisp new apartment. For other 9-year-olds, this was a scary thought, but for me, it seemed like a new beginning.

Round 2: Downtown Dubai. We lived on the 29th floor of a skyscraper, looking over the then-Burj Dubai, now Burj Khalifa. The tallest building in the world, there were rumours that people saw it swaying in the wind. The building was long and slender, like a twig that could be snapped, minutes from toppling over and hitting the ground. From the dusty air of Dubai, Sydney seemed like a distant memory.

At my new school, I made one friend, a short-haired Indian girl constantly tiptoeing from best friend to best friend. At my international school, each student was profiled by where they had come from, and where they would eventually return in some two or three years. Emma was Dutch, Sneha was Indian, and I was Australian.

My given identity at school kept my vision of Sydney alive. They told me I was Australian, so I believed them. I would remember fondly the warm Sydney sun, the soft grass, the rustling trees and the way that they hummed through the mesh of my window screen.

It was only when I returned to Sydney to start high school in 2011, that I truly believed that Australia was my home. Sydney was hot, but its heat had a fullness, a wholeness to it. Dubai’s heat was dry and empty, usually buffered by whirring air conditioning in every indoor area. As high school started, my garbled accent rounded itself into a soft Australian one, my curly hair flattened by a straightener, my teeth crammed into metallic blue braces. I let myself fall back into the comfort of Australian society and forgot about those Dubai days quickly and unknowingly.

And I hope that the next time I am asked that question, I won’t have to sigh at all, because I know that there is no single word I can use to describe myself, and I’m not afraid to give a long answer.

Previous For Sama Review: Deeply Moving Documentary about Syrian War
Next Rampant Racism in the Wake of the Novel Coronavirus